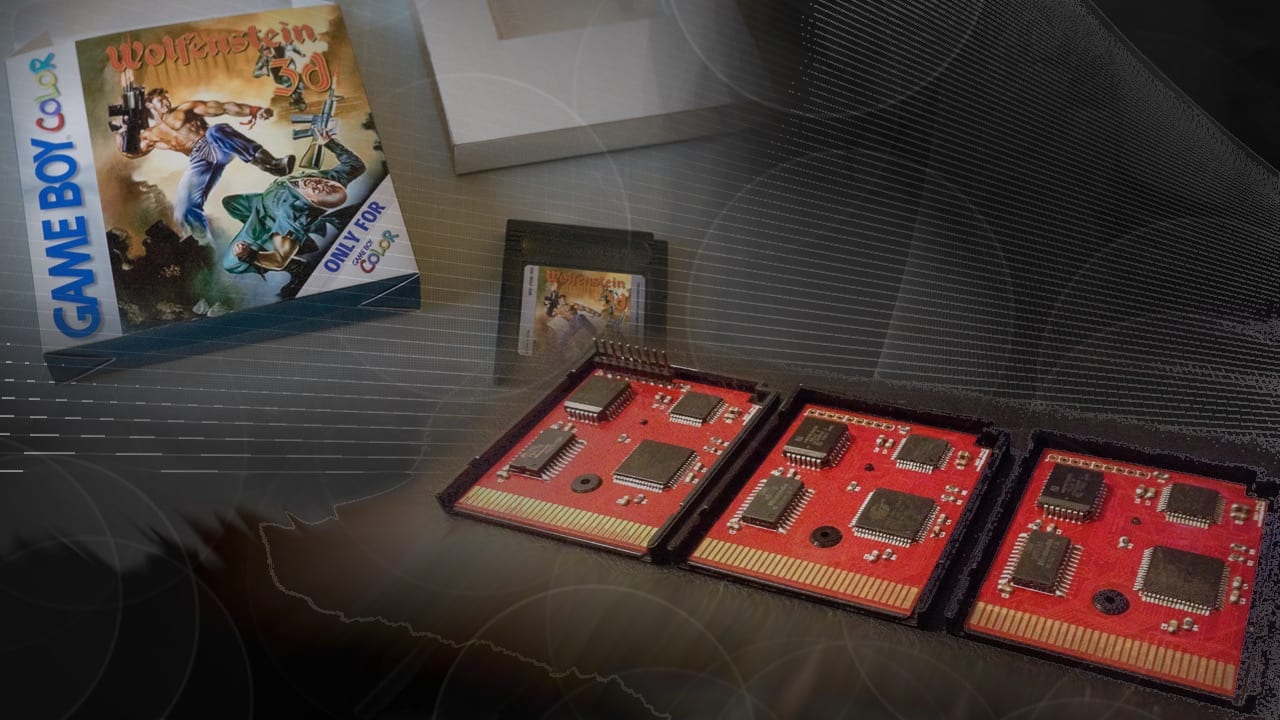 A person named Anders Granlund, managed to port Wolfenstein 3D to Game Boy Color (Nintendo) by making a catridge containing an ARM CPU etc. So, the game runs from his home made cartridge with co-processor inside. Pretty impressive!

ARM as co-processor
Anders managed to soldering three catridges. One as a gift, others as a permanently for himselsf and yet another to have a backup it seems. The Wolfenstein 3D version that he implemented got 3 enemy types, and also 10 levels from Episode 1 of Wolfenstein 3D game is also fitted into the catridge.

Features in his Wolfenstein 3D port
He mentiones on his website that he managed to add collisions against walls and objects. Pickups, Weapons and also managed to get some sound effects as seen on the video above. Interactions with doors also works and the framerate is pretty awesome. Nintendo should really hire this person for creating games. What a genious. Amazing job done for sure.