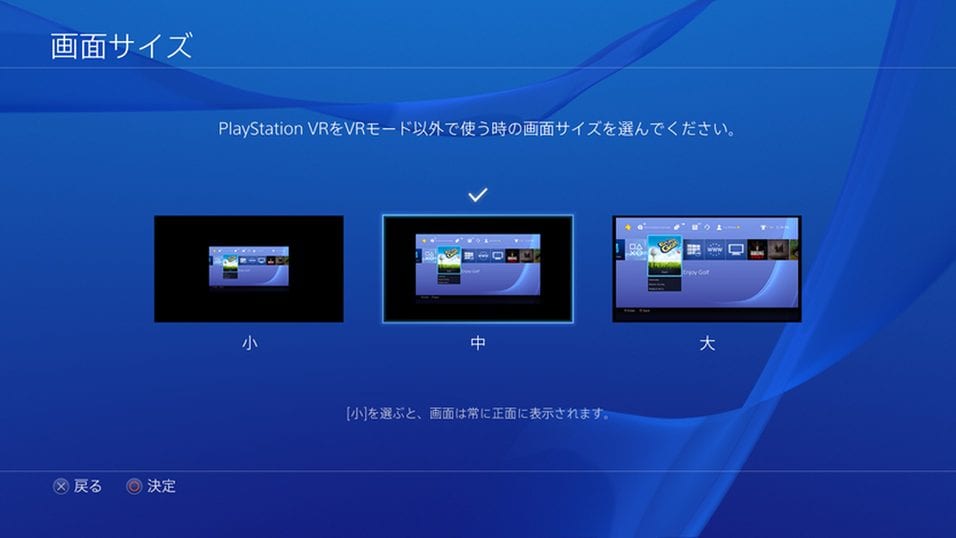 Sony’s PlayStation VR glasses for PlayStation 4 has not yet been launched, but news information has come as far as revealing new information about the glasses. Now Übergizmo reports that the VR-glasses get a pleasing feature film feature that lets you watch a movie like if you were in a Cinema! The inch screen will be virtually at 226″ inches.

On the Japanese PlayStation Blog, they have revealed information about the cinema mode glasses that comes with them when they will be released. This is a feature that allows you to watch movies on a virtual screen with VR-glasses.

Different Screen inches
The new display will be equivalent to a physical screen size of 226 inches at the most. The default size is 163 inches, and one can also choose a smaller size of 117 inches. This is something that you can adjust. What an incredible way of watching a movie in bed while sleeping etc. Sony’s VR glasses makes it possible to watch movies on a smaller, a medium and at a large virtual screen. The VR future seems to be bright if this will actually be released.

The Japanese blog also states that default size is enough to make the virtual screen covers the entire field of view, but if you choose 226-inch option screen will be so great that one must move his head to see everything. This allows you to watch movies while lying down and is intended to make you feel like your on a real cinema where you also need to move the head to see stuff.

Good night Movie in bed
It appears otherwise of the new information that Distrita understands, that it is possible to lie down while watching the film with glasses, and then the image will automatically toggle the virtual screen vertically so that you can continue to browse.