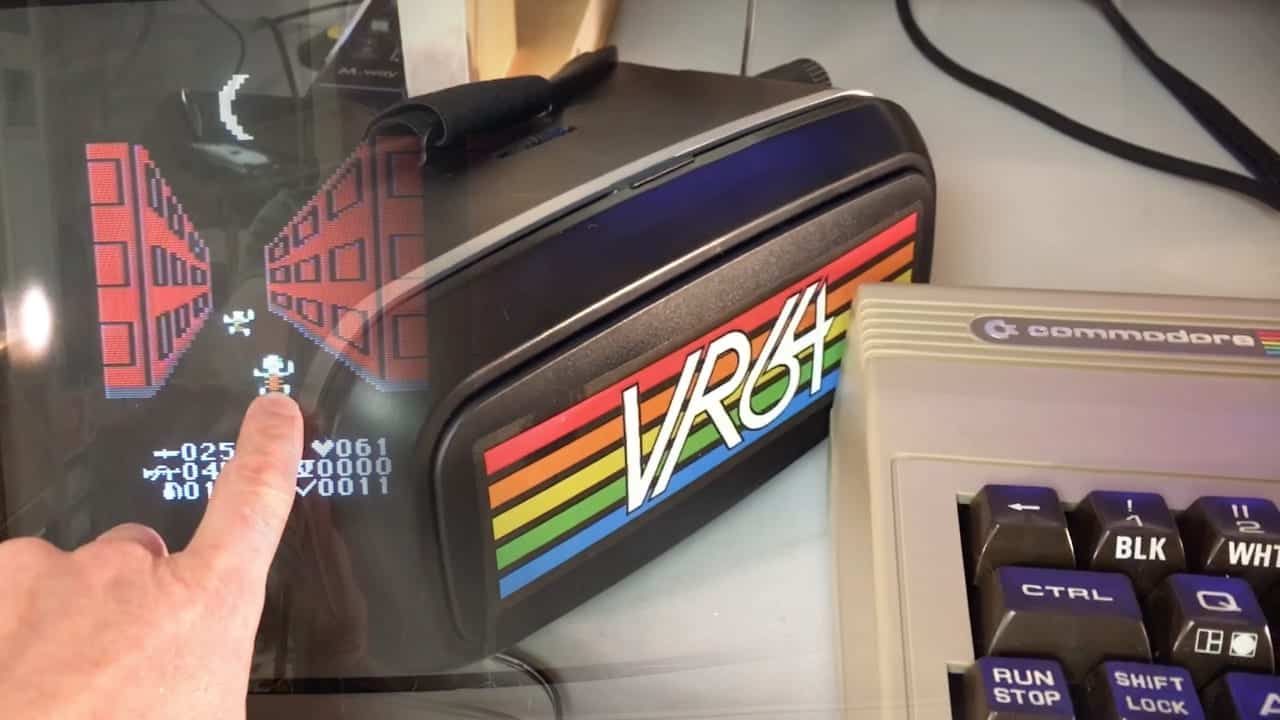 Virtual Reality is not something that we automatically associate with a home computer from 1981, unless we talk about Nintendo’s catastrophic Virtual Boy and Escom’s VR arrangements from the nineties. But now, an American hobby developer has actually created a Commodore 64 game that supports VR headsets. The name of the game is Street Defender and it is made by the 64jim64 guy on YouTube.

First and foremost, we should point out that this game only makes half of what we expect from a modern VR game. It sends 3D images to the VR headset, but it does not detect your head movements. It’s however going into a nice dimension that doesn’t exist. To see a 3D game on a Commodore 64 is really something that is very spectacular.

The 3D view that 64jim64 user have made looks pretty cool in his game Street Defender. The developer has made an example game where you as the player sits in the middle of a street crossing, and is attacked by monsters or zombies coming from all four directions. You change your point of view and shoot with the keyboard, and avoid the enemies getting so close to you that they can attack you. Brilliant and you can see its loading quite fast from the floppy that he uses. Well, he does have a turbo loader. But its fun to watch also, I think!

To get the authentic VR 3D look. The author of the game have divided the screen into two. The angle is different for each image. This will simulate what’s happening in reality when we see the world from two cameras (islands) located next to each other, and that’s how the screen in “real” VR games works. So, it’s quite nice that he managed to get this working on a Commodore 64.