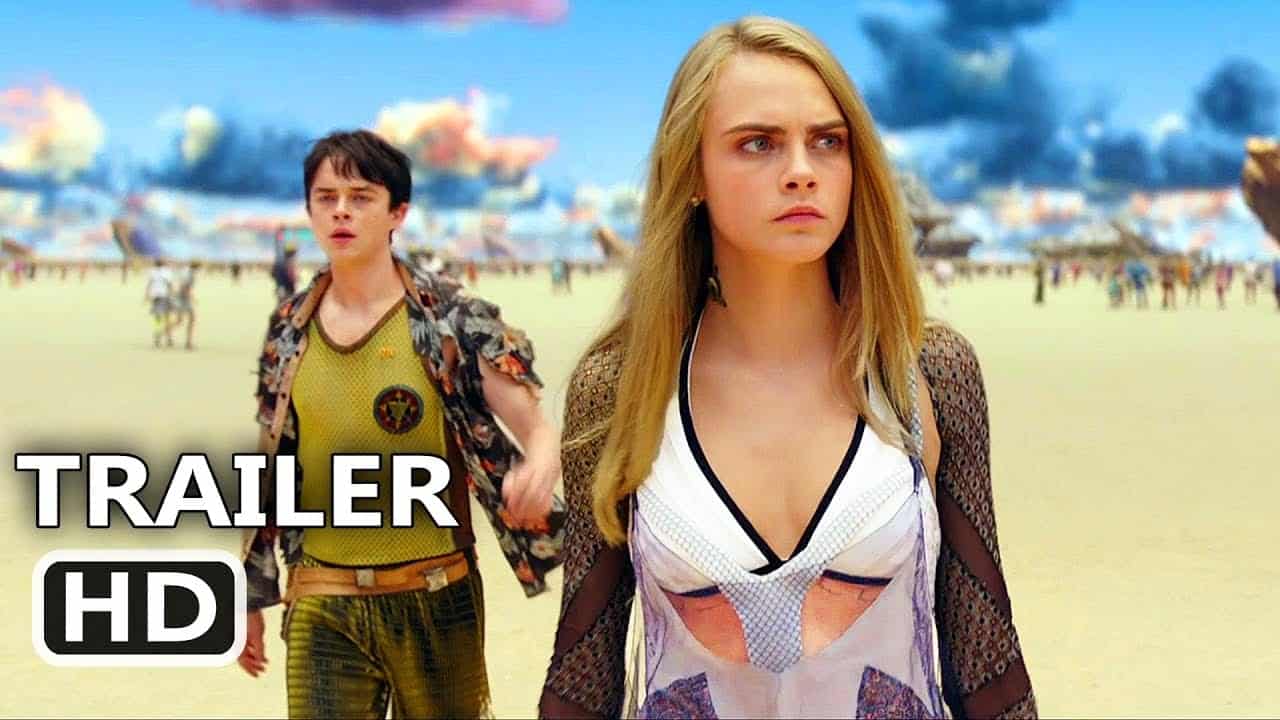 With awesome movies like Leon, The Fifth Element and also Lucy produced by Luc Besson. I went to the cinema, watching Valerian and the City of a Thousand Planets together with a friend of mine with high expectations. Yes, I can reveal that parts of the movie were brilliant but the main actor destroyed the movie.

Valerian and the City of a Thousand Planets is a masterpiece that is destroyed by too unmatured actors. The scene with the main character with the movie feels way too awkward. He is a great actor but his atmosphere with Dane DeHaan’s voice ruined the movie. It is made way too deep and that destroys the atmosphere of the movie a lot. But there are elements to the movie that shines. So not all is bad.

I really like the main actor but not his voice. Did Luc Besson create his voice like that on purpose? The deep-toned voice? Because it doesn’t fit with the character at all. I base this review on the entertainment level that the movie gave. If only Dane DeHaan which plays as Major Valerian would be replaced!.. then this movie would become a legend. What did you do Luc Besson?

Gorgeous looks in this amazing Sci-Fi movie for sure

The first thing you’ll observe is how gorgeous this movie looks, how much work that went into perfection in the creation of the planets, worlds, and spaceships. In a time where nearly every blockbuster features tons of CGI, Valerian stands out and highlights how cheaply the effects are done in most of the other ones. You will be stunned by all the details that have been put into all the details of the worlds and alien’s creations. This totally blew us a lot!

Especially one of the planets where some of the aliens live on. It’s like I would like to know much more about that world. The sequence was quite in-depth on what’s going on, but I would like to see even more. What did these aliens eat and how daily life sort of was because the story in this movie changes the beat a bit when a happening happens on this planet.

Next, the sheer inventiveness of designers, artists, set builders, wardrobe and makeup – again, makes us painfully realize how off-the-rack and dull most blockbusters are. Add to that Luc Besson’s quirky aesthetics and you’re in a world that’s nearly overpowering you with its inventiveness, it’s a visual extravaganza, and also plain fun. I mean, a movie where a Jessica Rabbit doesn’t feel forced or out of place, that’s just unique. Many characters in this movie changed them for the better except for the main character. That made me feel a bit sad and frustrated.

Rihanna which plays Bubble in the movie is one of those awesome characters that only Luc Besson is capable of creating. This alien character reminded me a bit of the Diva singer on the space cruise ship in The Fifth Element. You could feel a lot of The Fifth Element vibes in this movie I think which worked very good on all of the characters except for the main one!

The story-line lovers of the books will recognize a lot of ingredients and species, and the main set-piece, a space city, is obviously taken from “L’Ambassadeurs des Ombres”, but the story itself is a new one and revolves around a planet wiped out in a war about 30 years back, and the repercussions thereof. The “secret” someone wants to keep is not that secret to us, in fact about half an hour into the movie you already have a pretty good idea of what’s going on, the joy comes from the detours we’re taking on the road to the happy ending, not from silly plot twists. The story is easy-made so that nine years old people can watch it and understand it also. So, do not worry about taking your little one with you in this movie. Luc Besson explains the movie very in detail along as the plot progresses for sure.

Dane DeHaan is too young for his role in Valerian

Now, the characters, Valerian and Laureline: Dane DeHaan looks too young for his part from the comics (where Valerian was the more experienced partner, here he just has a higher degree), Cara Delevingne is perfectly cast, standing her ground with just the right amount of sarcasm and spunk. The team dynamics were as readers know it – Valerian the one who tends to stick to the rules and play by the book while Laureline tends to act more impulsively – but both working together really well, be it as a duo or solo. There is a romance angle in the movie that was not taken from the books and feels a bit too much “teenager” forced which kills the plot a bit more than it should. If Dane DeHaan was replaced, then the main character which he plays might have given the movie a better score for sure.

And cheers to the screenwriters (Besson, mostly) for not going full in with the stakes. While there’s some serious action here – people die and some more might die if V&L didn’t succeed – it’s actually a rather smallish plot, with just one single villain, and no worlds or even the universe to be saved, just the lives of some innocent bystanders.

Big recommendation for all fans of colorful Sci-Fi and optical fireworks! But for those loving two strong main characters should think twice. If you just watch this movie and ignore the one playing Valerian which is almost impossible to do .. krmt. Then this movie is excellent. All of the characters except for Dane DeHaan does their jobs great or even better in this movie. But he destroys the love feeling and his voice isn’t compatible with his character neither. Luc Besson should have done something to this! Because he is not a Bruce Willis type of character like in The Fifth Element at all.

Overall! This movie is not bad. It’s just not perfect, even though special effects, animations, worlds and 99.9% of the characters are. The main character is an irritating factor because everything else in this movie is really fun to watch for all ages!

Here is the official trailer for Valerian