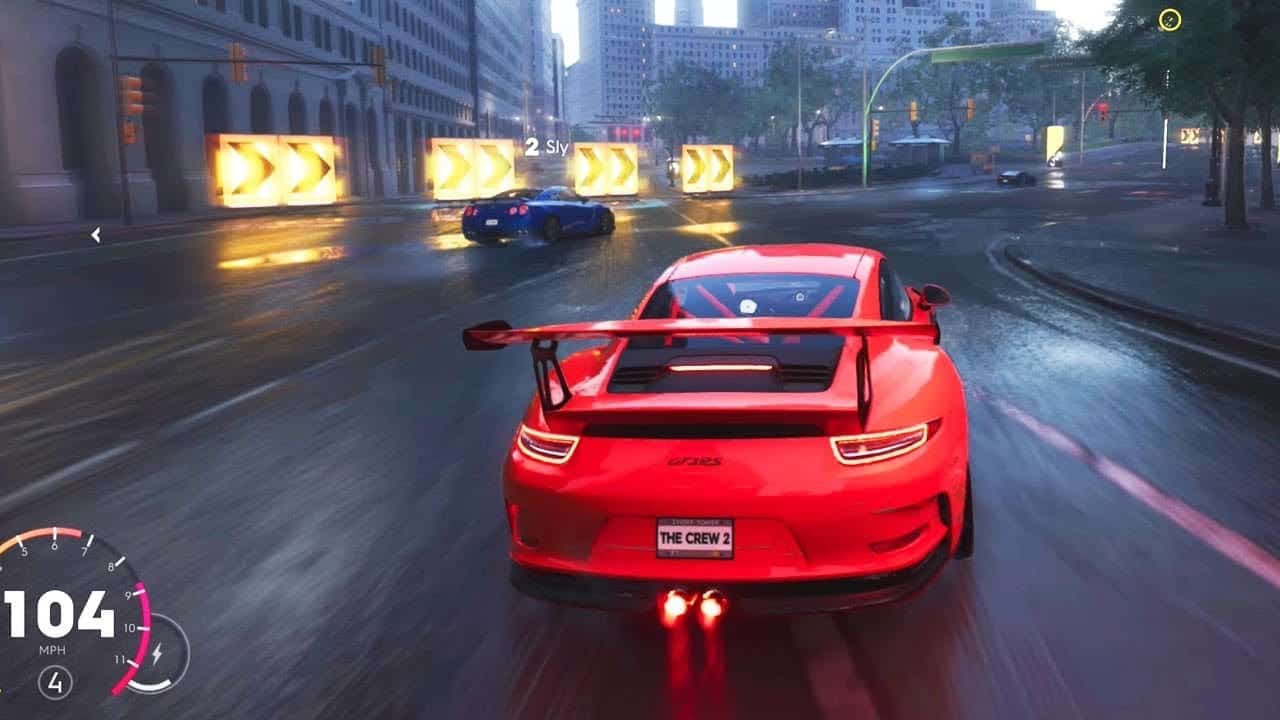 What’s wrong with Ubisoft? The way they treat people is really bad. Their Two-Factor Authentication System is pretty wild to be able playing the Open Beta for The Crew 2. Why would Ubisoft need all these authentication for? Isn’t a beta meant to be free? Why do you need all the personal data? Isn’t this open beta for making the game itself better or what?

I really love buying physical games, but after Steam and PlayStation Store has arrived. It is easy to just download the game you want. I noticed that Steam offered me The Crew 2 Open Beta for free. I thought it would be a fantastic opportunity to try a new racing game from Ubisoft. I’ve never played a Ubisoft game on a PC before! Only on my PlayStation 4. So, I thought it would be easy to get playing this open world racing game. But I was sooo wrong!

First I had to wait for the game to download via Steam, which took ages. I managed writing two shorter articles while waiting for The Crew 2 Open Beta to download. I didn’t read anything about the process after installing the game at all, so I just continued all of the questions that I’ve got from Steam. I hoped to play the game when finishing installing it like Cities Skylines that I’ve got. But I was even more wrong!…

Once the game was installed, I then got questions regarding Uplay!!! I thought that I could play this game straight from my Steam account. But no! Ubisoft requires authentication thru their own service called Uplay?? (why???). So I registered myself with a small doubt. Finally I could authenticate my install. I thought I was finally able to play The Crew 2 Open Beta. But I was sooo wrooong again! Because Uplay asked me for a Two-Factor Authentication System process (which is the second authentication process!!!) where they insists in the authentication Uplay process that I needed to install an App for my Android (for iOS users too) and scan the QR Code on the screen. I FLIPPED totally.

What the heck Ubisoft?.. How are you treating people? After this I uninstalled Uplay, The Crew 2 Open Beta from Steam and I will for sure NEVER ever install any Ubisoft game on my Windows 10 machine anymore before this Two-Factor Authentication process is gone. I’ve also seen videos and pictures of the game after uninstalling the game. I never had to go thru this process when installing GTA5, Cities Skylines or Transport Fever which is in my opinion as good in graphics and gameplay. But they don’t need the Two-Factor step at all!

The map of GTA5, which is several years is small compared to the one in The Crew 2 from Ubisoft. But the developers doesn’t give a NIGHTMARE for people trying an Open Beta of The Crew 2? Also, The Crew 2 doesn’t get installed onto your HD on all supported systems. Instead you NEED TO be on-line for playing the game. Ubisoft lost it totally. Ohh man Ubisoft. You really trigged my anti flag towards you. I don’t know how Uplay is on the consoles etc. But what YOU DO is disrespecting every gamer out there. The second activation key is worth Nothing! Its worth Uninstalling the game. I looked forward playing your game, but the way you treat your PC gamers. It’s a Negative shock! Fix this!