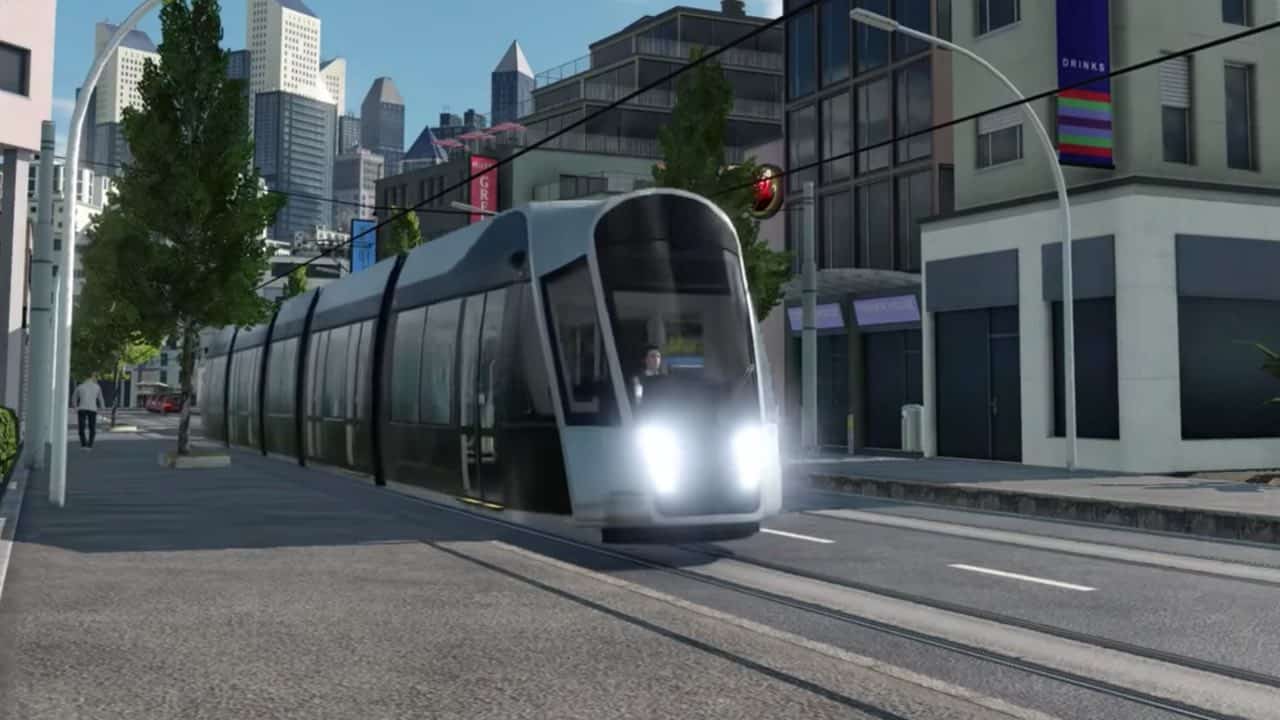 Transport Fever 2 is moving forward. This new game from Urban Games in Switzerland is now finally getting into a stage that the game should have got into when Transport Fever was launched. But now the game seems to become a much more mature game that many gamers of the game have asked for. 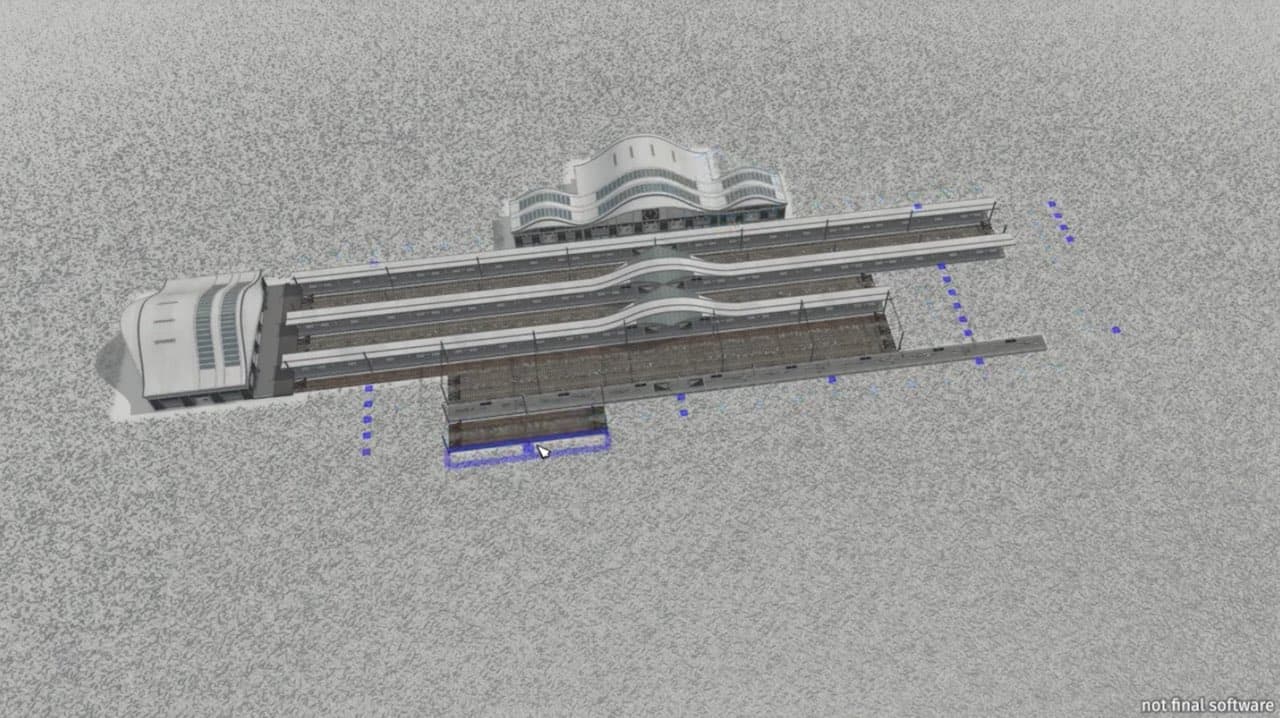 In the Development Highlights series, the team behind Transport Fever 2 shows how they incorporated feedback from the previous game into the development of Transport Fever 2. They have given insights into the game design and explain what actions have been taken to realise an excellent gaming experience. One of these actions is to make sure that train stations now can be built as complex as you want them to be.

Only your imagination got the limits as you can see in the image on the right here which is taken from the YouTube clip.

With this new station builder, you can also have as long a platforms as you want. It seems to become very powerful and I hope that the team keeps some of the features in the final version as this looks very promising.

Finally, you can build roundabouts!

When I browse the net regarding this game. They are speechless, they love the news and they write that this game is looking very promising. This wasn’t the case for the first version which for many was just an upgrade from Train Fever. In this video above, the development team even talks about the traffic lights in the game. Which means that the cities in the game are much more advanced than before.

In Transport Fever 2 you can finally build one-way roads and highways which is important for the traffic to flow as it should. In the first Transport Fever, the cities that you’ve built become so dense with so much car traffic that it’s almost impossible to make the traffic flow smoothly through the city. And it doesn’t help with building the trams as they can’t run on their own tracks in the towns. In most of the cities that got trams, the trams run on tram avenue streets.

Finally, you can build roundabouts! 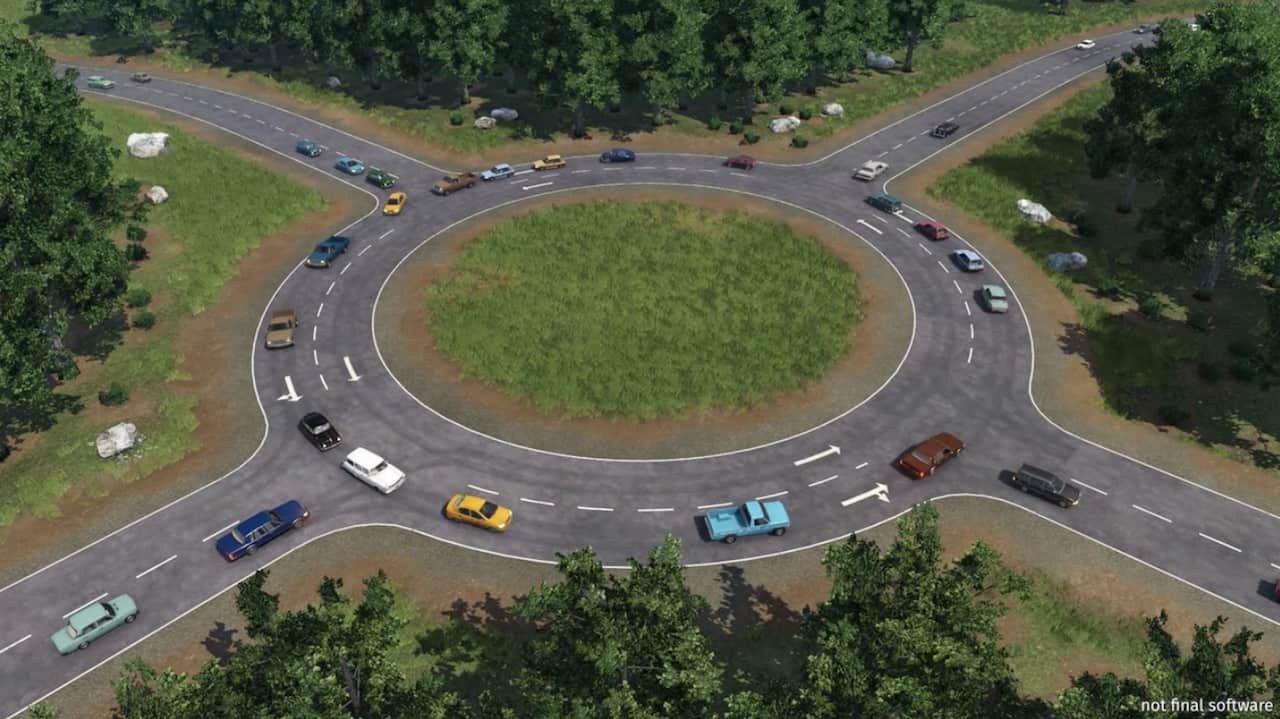 Including having the availability to make one-way roads and highways. Transport Fever 2 adds the ability to build nice looking roundabouts. We really hope that they will allow people to build unique roundabouts as people want to. In many Eastern countries in Europe, the trams often cross the roundabouts.

We also hope for tram avenues so that the trams in the game doesn’t get stuck in the traffic. Trams are in fact a transport that is supposed to get people from one place to another very quickly. If a tram line is built in the same street where cars run they will become as cars or even slower as trams are small trains sort of.

A note in the video though is that the cars only use the outer lane. In Cities Skylines this sort of works but even there this mechanism isn’t well made neither so if Urban Games can do something about this. That will be awesome! Transport Fever 2 is looking more and more interesting. I look forward to more Transport Fever 2 content. We will follow it for you.