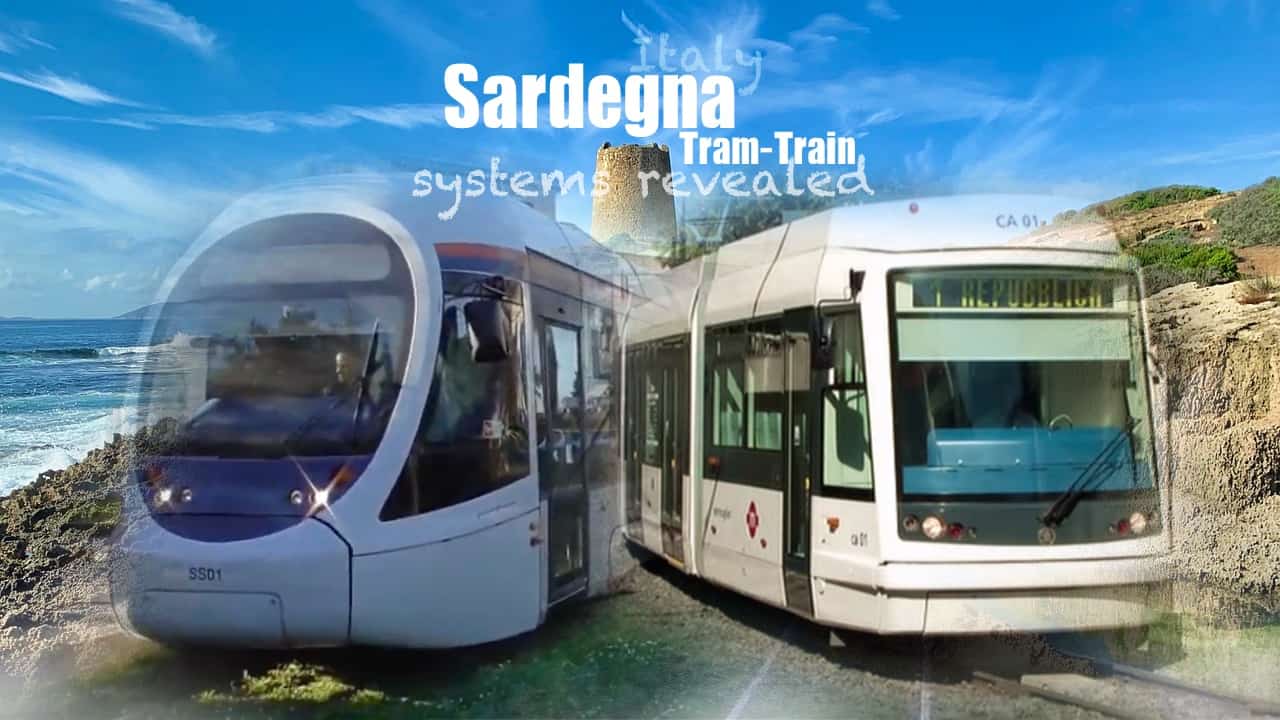 On the west side of Italy and south for Corsica (which is French) you find a quite big island named Sardegna. In fact, it is the second largest one in the Mediterranean Sea. This island is quite special as it got two Tram-Train networks. One is located in the north of the island, which can be found in Sassari. A town with about 132.000, and the other tram-train network can be found in Cagliari. This is the biggest town on the island which is located in the south of the island with 160.000. In this article, we reveal a bit about both of the Tram-Train networks which are sort of linked by the railway tracks on the island.

You can take the train between the cities. But often You need to change at Ozieri-Chilivani station often as there are only 4 trains daily that runs between them. The railway tracks on the island are linking the most important ports on the island, touristic spots and many of the villages on the island. It is journeys that is worth a check for sure. This island is beautiful! 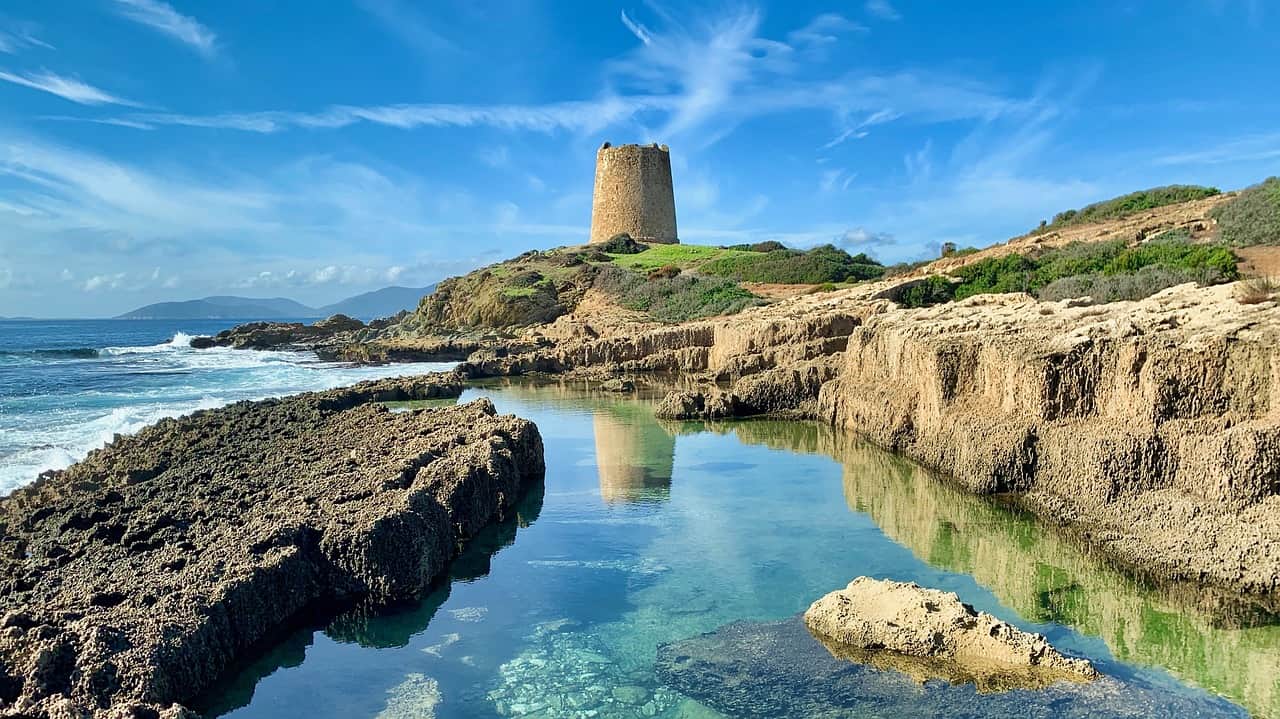 Smaller track gauge for both of the Tram-Train systems

Both of the Tram-Train systems use 950mm gauge. It means its smaller than 1435mm. It is worth having in cities with small streets. Also, the FdS railway company uses it on Sardegna. So making the trams running on the same gauge is a smart move.

We have provided this article with a map on the right side. It shows that Sardegna is pretty much covered by a quite large network of lines. It also covers the tram-train lines as in red color for Sassari and red/blue colors in Cagliari Even with lots of hills, this island got a very nice infrastructure. Next step is to electrify it all?…

The tram-train network in Sassari got a single track with passes at almost every station. It is quite effective and at the same time gives this city a nice charm. All of the trams is low floor so great for taking baby strollers and people with wheelchairs.

Check out a more detailed tram-train map of the Sassari line here.

Once you reach Cagliari town in the south of the island. You will need to take a bus or walk to the tram-train network there as it doesn’t reach it yet. In Cagliari, the tram-train stops at Repubblica station where Line 1 turns. We at Distrita thinks that Line 1 should be built to the Cagliari main train station,… but we got no answers regarding what will happen in the future with the tram-train in Cagliari. But on the map that we have managed to find there seems to plan for connecting it with the main train station in the town. But when that happens is what we would like to know.

The main line in Cagliari which is Line 1 runs from Repubblica (Piazza della Repubblica) to Policlinico Universita. This tram-train line runs from the beach area of the city and links with Line 2 and a railway line at San Gottardo.  Line 2 runs together with Line 1 between San Cottardo and Policlinico… but so we don’t confuse you too much. You must understand that Line 2 runs as a train sort of together with the local railway in the area. This route runs between San Cottardo and Settimo San Pietro. From Settimo San Pietro the railway continues to Isili which can be found in the middle of the island.

As with the Sassari line, this line is also got lots of single track parts. You can see the Cagliari Tram-Train map here.

The Train Ticket Prices on Sardegna

So traveling by train on Sardegna is not too expensive. Skip the bus routes if you can. Support train routes and help them survive. We hope that you can get around in a better way now. We will update this article as more info comes.