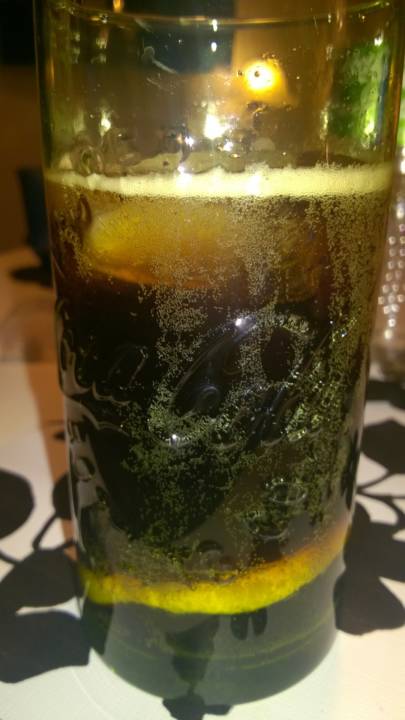 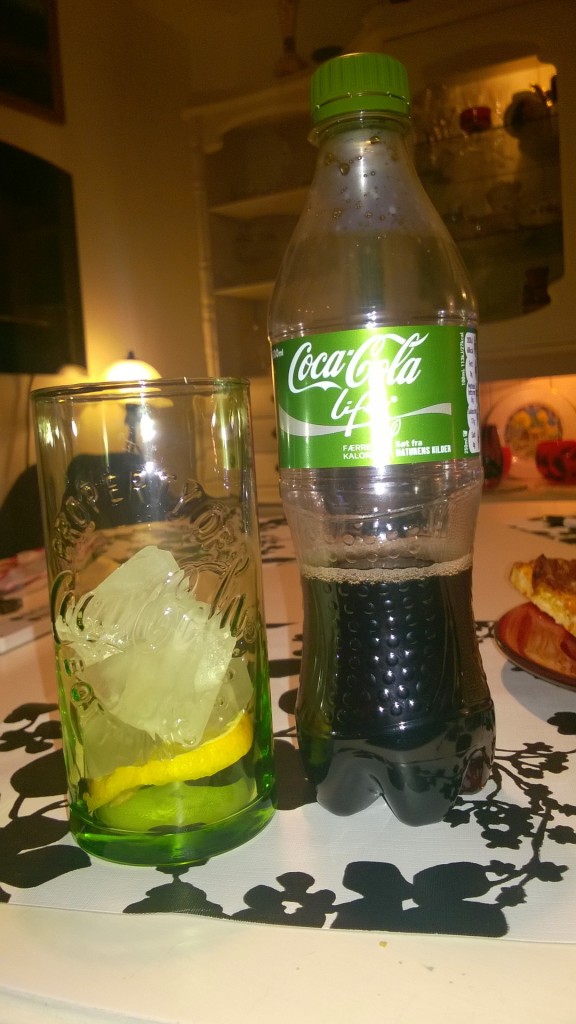 Norway was late getting the Coca Cola Life! While other European countries have got this “green coke” since many months, we were happy to welcome it last week! We have already written about the new more healthy coke with real Stevia… We reviewed the commercials in earlier posts! And we have already bought a bottle to feel how it tastes straight out of the bottle! Our first experience was that the flavour was not as strong as the original one, the “red coke”. But after getting a bit used to it, we feel it’s accepted! At least it tastes better than Coca Cola Zero and Pepsi Max, according to the testers at Distrita!

But can Coca Cola Life be compared to Pepsi max and Coca Cola Zero? We were a bit surprised when we read the label and what it contained! Coca Cola has not replaced the sugar completely with stevia at all! They use BOTH sugar and stevia, and they don’t describe how much stevia they have used compared to normal sugar! We’re a bit dissapointed about that, and we doubt if this coke is a healthier option to the normal coke or if Coca Cola only plays with us! We wanted a well-tasting Coke with healthier ingredients! It’s well known that Coca Cola and Colas in general is not good for your body, and personally I try to avoid drinking coke more than once a week. But the fact is, so many people drink bottles of cokes every day, even for breakfast and in lunch breaks all over the world!

The commercials say “Don’t forget Coca Cola with your food!”
We really like to have a glass of Coca Cola (the red one) together with our dinner… And then I personally prefer it with ice cubes and hand-cut lemon, possibly even ginger! That gives a more natural, fresher feeling!

Lemon is a must if I should drink coke!

The ultimate test! How did Coca Cola Life taste with lemon and ginger added?
So I was a a bit sceptical when I tried this with my bottle of Coca Cola Life: Lots of ice cubes and a lemon slice: The result was not bad at all! With this combination I didn’t miss my red coke at all! It felt fresh and natural, a great flavour. Not as sweet as the original one, but I don’t like too sweet things and think this will be my favourite one soon! I will get used to it!

Without the lemon it lacked some of the intense coca cola flavour… I could compare it to a “dead” coke flavour, or even a “coca cola light”, but not as bad as the Zero… But with the lemon added, the coke became perfect for me! Absolutely recommended! Maybe Coca Cola will have success with their new coke after all.. But they really need to define the ingredients on the label a bit better! So we know why the green coke is better for life!