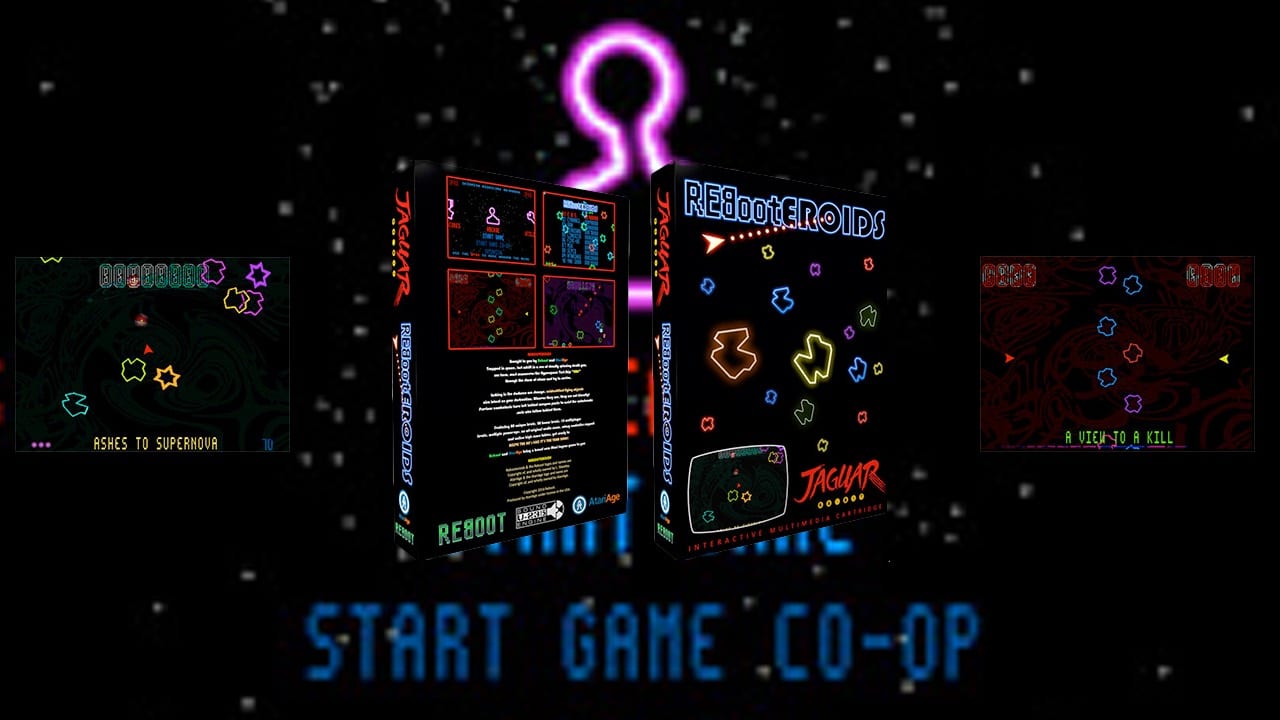 In November 2016, this game title was launched for Atari Jaguar. Yes, the very first and last ever Atari consol made by Atari. This is the 64-bit console from Atari and Rebooteroids is out for it, because of the fantastic Atari people at AtariAge that we at Distrita wants to support. The Story of the game is space related and the action is in form of shooting asteroids with some awesome graphics explotions and effect. Read on!…

The Story
The Hyperspace Test Ship, “EWS”, has malfunctioned. Without any navigational data you have been dropped into a sea of deadly, spinning death. The weapons systems still work, and the hyper drive is able to jump you small distances, but other than that all you have is your skill and quick reactions to keep you alive.

Lurking in the darkness with you are strange, Unidentified Flying Objects. Whoever, or whatever, they are – they appear to want you gone. Previous unfortunate travelers have left behind weapon packs to assist the unfortunate souls who follow in their footsteps.

Gameplay is Fast and Explosive!
The EWS is a small, highly maneuverable test ship equipped with a basic rapid-fire cannon. Your test ship is also fitted with a state of the art Hyperspace Engine which, if it was working, would be capable of jumping the craft vast distances. However, due to damage, it currently only has the ability to jump short range, and without a navigation lock you have no way of knowing where you will pop back into normal space.

Use your controller to rotate the EWS left and right, thrust to avoid colliding with objects, and most importantly, fire to blast everything in sight! You can also Hyperspace to a random location to escape imminent destruction, but there’s no guarantee you’ll reappear free from danger!

Bonus power-ups will be dropped after certain rocks are destroyed. These power-ups will enhance your ship in the following ways: Double Damage, Twin Shot, Range Extended, and Rear Shot.

The standard Rebooteroids cartridge is a dark gray, but you can upgrade your cart to a clear shell for $5. To do so, select the “Clear Cartridge” option at the top of the page. Below is photo of the regular cartridge next to a clear cartridge.

Get the game on AtariAge and it is Available Now!