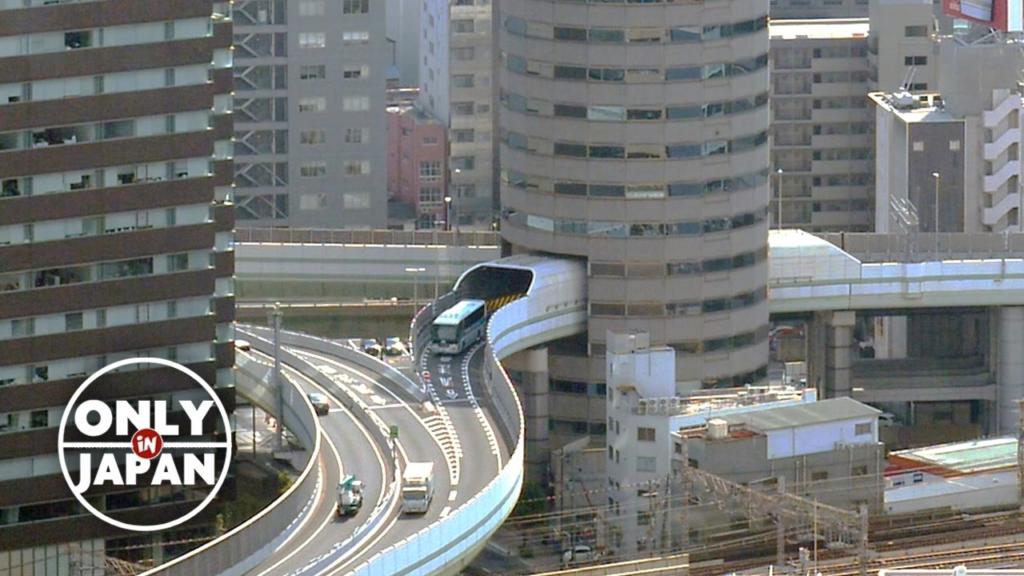 There is something that we as humans wants to do before we die. I have to admit that I like to play racing games, where tracks goes thru several buildings and have quite crazy layouts. But to experience the same thing in real life?

The possibility is infact in Osaka, Japan! The road architect people in this country, manages to make quite interesting compromises with land owners and companies building skyscrapers.

So, in Osaka you can actually drive thru a building in a tunnel that is made to prevent noise from the cars for the office workers. The highway ramp with the tunnel, goes thru the building itself! For the people in Osaka, Japan. This skyscraper architecture is just something that is part of their daily lifes, but for outsiders and the Only In Japan makers.

Only in Japan experience this Amazing Highway Experience

THE STORY:
Here it is from the building owner.
It’s basically a land rights dispute with a sort of happy ending.
The property was owned by a business (coal and wood company) since the early Meiji era but when business declined, so did the buildings in the 1970s. The area was approved to be redeveloped in 1983 but the property holder refused to give up the land, even though new building permits had been refused to him. The highway corporation and the property owner negotiated for 5 years and what you see today is their compromise. Highways usually buy the land they’re on but a new law in 1989 allowed the possibility of having two owners on the same spot, really meant for highways to go underground but hey – let’s get creative.
The highway is the legal tenant of floors 5 through 7.
The current building tenant on the other floors is TKP.

WHERE IS THE BUILDING WITH THE HIGHWAY THROUGH IT?
Google map: https://goo.gl/maps/qGbpaZ1Ktw12
Closest Station: JR Fukushima Station
It’s one stop away from JR Osaka Station on the Loop Line.

Thanks to the Only In Japan production crew. This construction is really something out of this world. It is really amazing to look at and at the same time experience how to drive thru it and how the elevator in the skyscraper works is nice to be revealed. So, watch the video and get amazed. Because, I did.