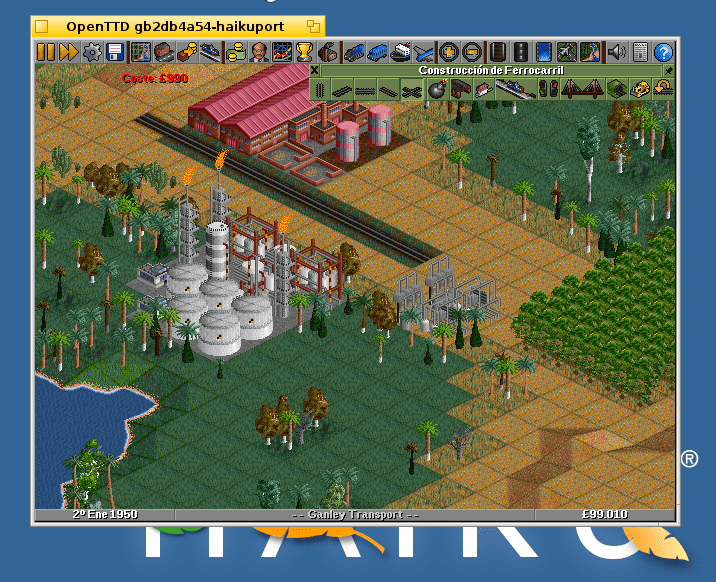 OpenTTD stands for Open Transport Tycoon Deluxe. It’s a transport tycoon game, which means that you have a transport company and you have to manage it. It’s one of the best open source games I’ve ever played but let’s start with a bit of history. 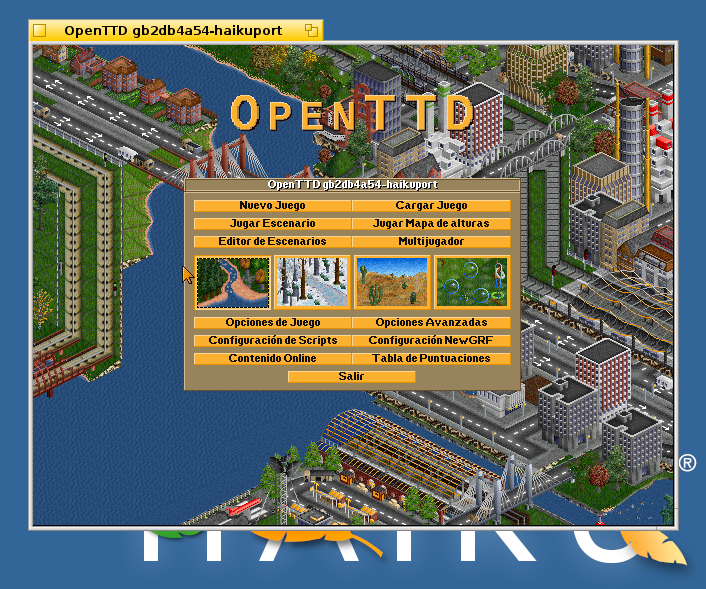 Transport Tycoon came out in 1994, developed by Chris Sawyer. It became one of the most popular tycoon games ever. There was a second edition, called Transport Tycoon Deluxe. There was also a big mod, called TTDPatch which added features in a unofficial game. The game got older but there wasn’t a new version. Also people wanted to run the game on Linux and other systems. As TT was programmed using assembler, a few people started programming their own engine in C++. It was OpenTTD. But it was only an engine, it meant that you still needed to have the original game files. This was solved with OpenMSX, OpenGFX and OpenSFX, free replacements of the original game files under free software licenses. 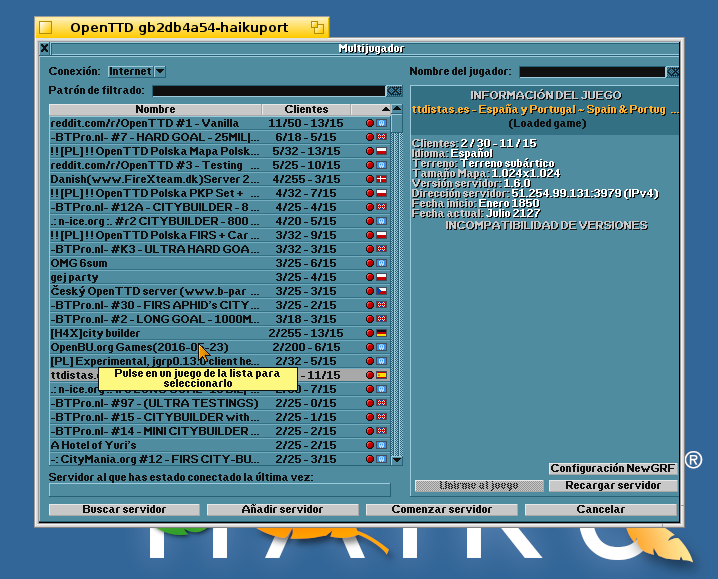 OpenTTD runs on Haiku thanks to SDL and has features like multiplayer and mods (NewGRF).

How to play OpenTTD?

Start a new game and start building rails. Build two trains stations, be careful, they must be near a populated town. Create a garage and join it to the rails. Create a train, select the wagons and create a route. In the route manager you have to select the first station and then the destination. It’s easy to start, difficult to leave! For full gameplay instructions, visit the OpenTTD wiki. 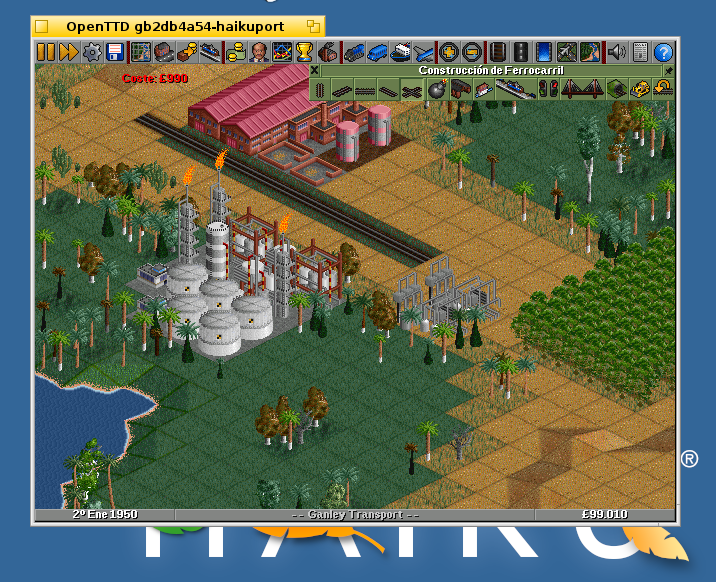 OpenTTD is available on the HaikuPorts official repo, but only available in the GCC4 ABI.