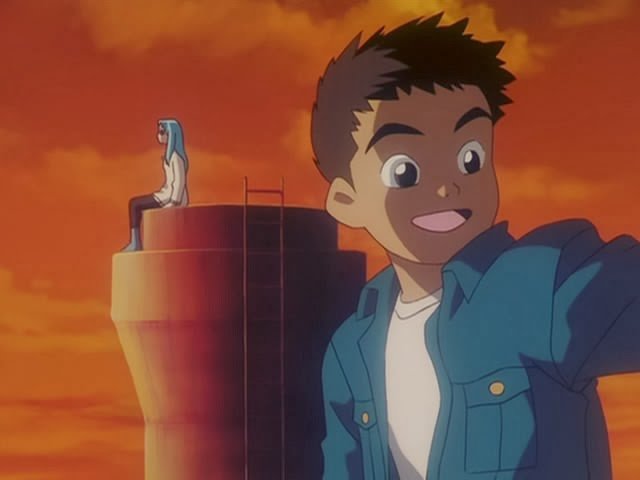 Have you ever seen a war on TV? What if this reality was on a different planet? Now and Then, Here and There is one of the most spectacular cartoons ever made in Japan. It puts anything we do today to shame and tries to teach everyone watching it about how cruel war can be.

But don’t think that this is an easy cartoon to understand. It’s not for children and if a teenager watches it you as a parent should sit side by side and be able to talk about the things that happen in it. Because this cartoon is intense and it will make you cry or even feel lots of emotions. Also! Don’t judge it after watching the first episode, because it tells you nothing…

International Woman’s Day is celebrated a lot by many on March 8th every year. Those who do and even appreciate what females do for our world to survive would be respected everywhere if this anime was shown at every school and made the school discuss the issues in the movie.

Only 13 episodes of Now and Then, Here and There

This cartoon series is short with only 13 episodes made. But it doesn’t need more. The 13 episodes are already humongous intense. Just think of a dictator that is as cruel as Hitler was but million times worse? I think it’s even impossible to find a cartoon that is made until now that got more drama, more cruelty and more scenarios that can be linked to the cruelty that war on our planet is causing. Now and Then, Here and There should be an anime that every school showed, debated and talked about after showing it. Because this is one of the most emotional cartoons that I’ve seen. Together with the superb soundtrack, this cartoon from Japan is very nicely done even if the animations itself are simple. The quality of the drawings are amazing and there is a Reason behind the art that’s been done in this anime series.

Here is the official Trailer for Now and Then, Here and There

Now and Then, Here and There anime is all about a boy called Shu which gets sent to another world where an evil dictator is destroying all villages and life with his quite big “spaceship”. This flying this also huge. Got a drill and an army of children which carry weapons and do as they are told from above. The evil dictator in this game is really amazingly made. You can for sure see him in many of those leaders that are making life horrible in Syria and in other places on our planet. By watching this anime, you will at the end have a totally different view on war. What war is about and what dictators can do? North Korea has many similarities in this anime too.

So, our tip of the day. Buy their DVD box set today. It is in English also, but it is best viewed with original voices and English subtitles. I really want to tell you a lot about ut, but it would ruin the whole experience. This is one of the worlds most touching Anime’s ever made,.. And one tip! Don’t think that the first episode is as the rest of this cartoon. Hint! But it’s important to watch the anime from the very beginning to the end.

The official intro for Now and Then, Here and There