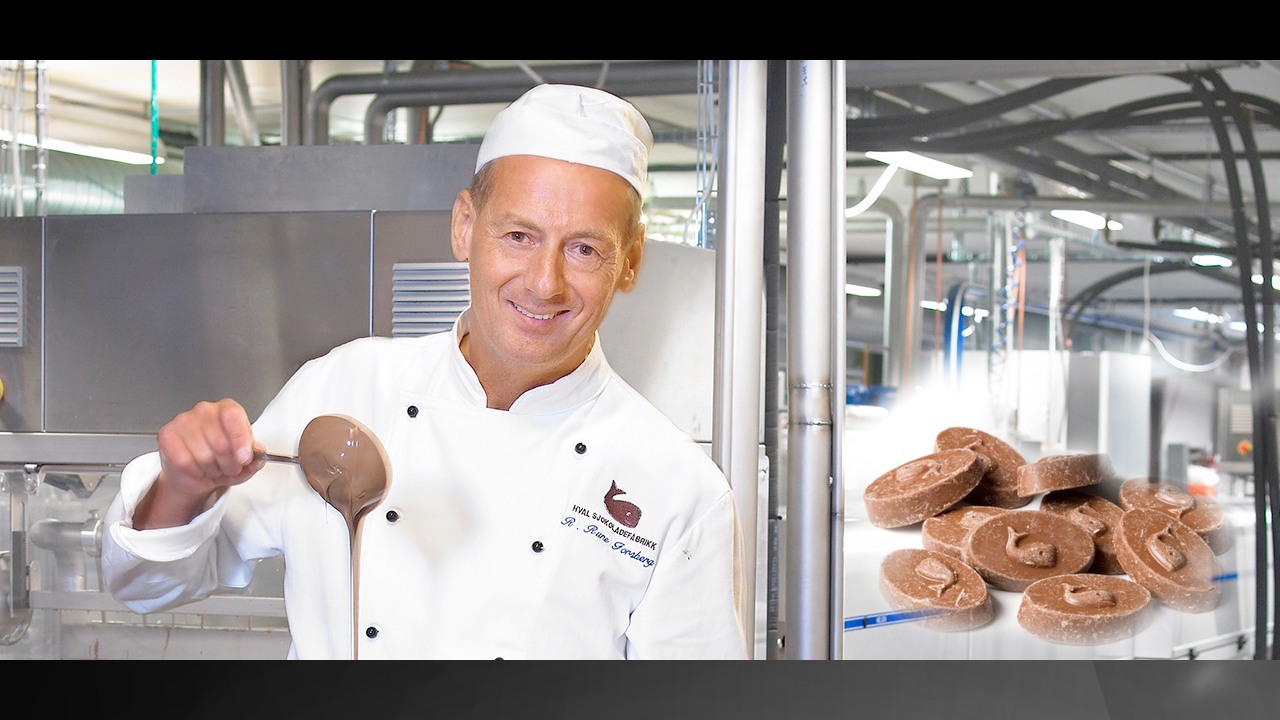 Europe have fantastic chocolate made in all of its corners, but Switzerland and Belgium always tries to triumph their ways to the top places. However! There are fantastic chocolate makers up-north also, and one of them is Hval. They have their fabric in Sandefjord, Norway but is for some reason more known in Sweden than within Norway itself.

Who Competes with whom!?

Here in Norway we have two big chocolate companies. It’s Freia and Nidar. They both make fantastic chocolate, but the “local” taste is gone for several years ago. Freia taste is not the same anymore and Nidar have put all its efforts into their fabric in Trondheim, Norway. So then we have Hval, which is the 3rd biggest one in Norway’s chocolate production. But unfortunately, Hval chocolate fabric have real issues getting into Norwegian stores because of place pricing in Norwegian food stores, which Hval have real issues with.

Where can you get their products?

At the moment you can get Hval products from their own store on-line or from their fabric store which is located outside of Sandefjord. You can also get their products at Nille stores across Norway which is a “cheap store” chain. However, the sad thing is that none of the bigger Norwegian Food stores like Rema 1000, Kiwi, Rimi or Coop have Hval products in their stores which harms them economically.

The funny thing is that if you goto Sweden, Hval is actually selling more chocolate there than in Norway. Especially on the border with Norway, where Norwegians actually buy Hval products in Sweden. Really big shame on the Norwegian food stores.

Taste is a Winner for sure

I must admit. I love chocolate in all flavors. I have been to Belgium, Germany, Spain, Sweden, Denmark and Norway trying different chocolate bars. I have also been to USA, Indonesia and Thailand which makes me into a quite good chocolate taster I think. The Asian countries is not on my favorite list, but neither USA.

The Hval chocolate however is producing a taste which is really good. I don’t know what they put into the chocolate, but it tastes authentic. If there is a challenge between all of the Norwegian chocolate makers, then Hval is for sure a winner. The milk chocolate does really taste something and not just a generic thing.

One bite at a time!

Here I describe how I could write the title for this article.

First I tried Freia, then Nidar and in the end Hval. I bought all of Freia, Nidar and Hval chocolate milk bars I could find and then I put all of the bites into three chocolate bowels and tested each where I wrote on a paper which of the tastes is good, better or best. Here was the result:

So, my conclusion is that you should try chocolate from Hval when you come and visit Norway. I haven’t been bought by Hval to write this experience with their chocolate. I have concluded this myself. I love to taste whats good or not. I love all kinds of food, and that’s why I also did this test.

Frontpage picture is only used to illustrate that this is about Hval. The person on this picture, is the CEO of Hval. He have been in the Norwegian media lately and I have also mentioned the case between Hval and the Norwegian food store markets. That is the purpose of putting him on this article, nothing else.