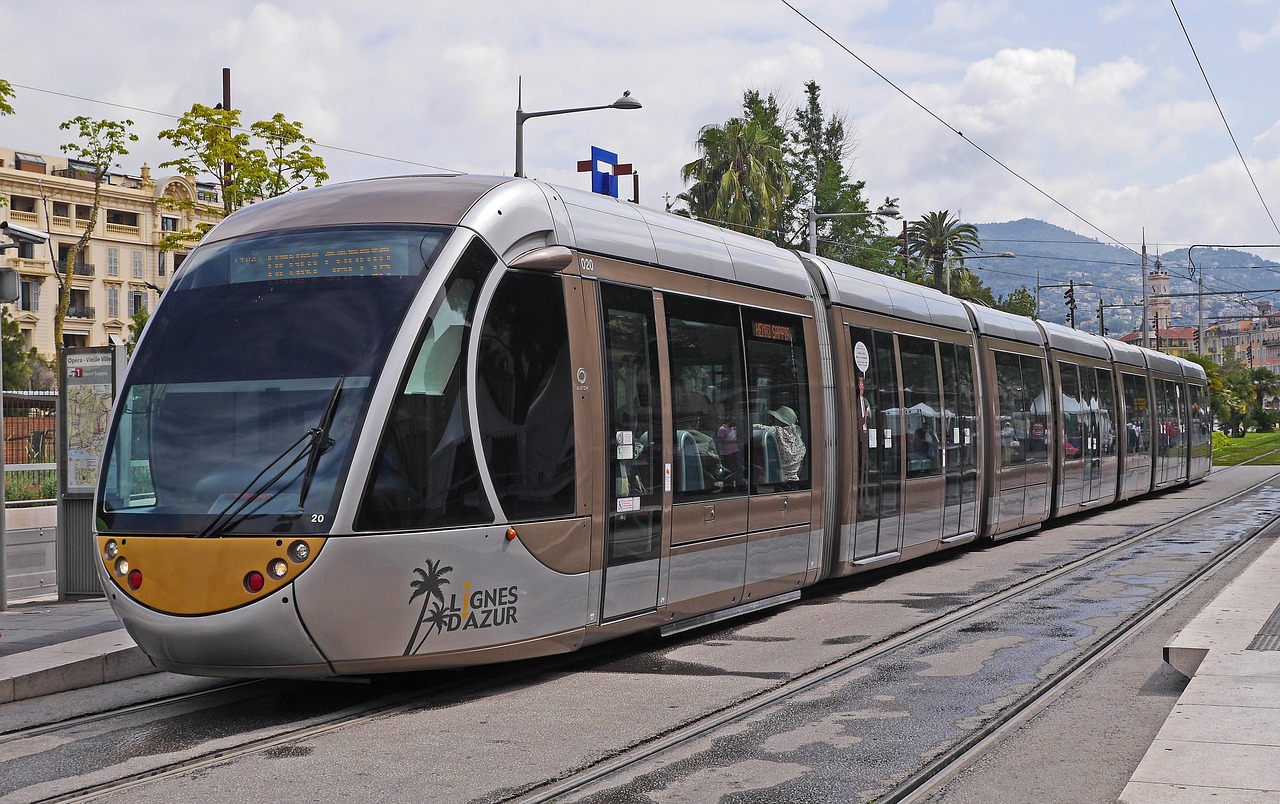 If you would like to visit a lovely French city with a very good public transport system. Then we need to recommend the Nice in southern part of France for you. A city with about 350000 (same size as Bergen in Norway). With it you can travel in many directions as the new light rail system there takes you almost everywhere in the city which is really awesome.

All of the trams looks really stylish, got aircondition, are low floor and very comfortable to ride. We really recommend these remerkable trams in Nice. You shouldn’t even be thinking of trying anything else.

Also if you take the Line 2 all the way from the Nice airport to the harbour. You can feel the life there too. There are so many possibilities in Nice with their new public transport that covers so much to see and at the moment be kind to the surroundings around you. So there is no reason for taking Taxi or a bus unless you have to. Let the light rail routes guide you through this city.

Get around with this Nice Public Transportation Ticket Guide

The really interesting Public transport in Nice is provided by the company Lignes d’Azur. This company covers the light rail tramways and its buses that cover the city, with some lines also going to nearby medieval towns, such as Monaco and Cannes.

There is also a special bus to the mountains and express buses to the airport but since the light rail tramway runs there. Dont use them. Be green and chose the tramway. The public transport in Nice forms a dense network of connections that can be used with one ticket. Which is handy for visitors from all over the globe visiting the town.

A single ticket that works both for the tram and the buses that is run by Lignes d’Azur. That ticket is named SOLO and costs you 1.50 Euro. You can buy it from a vending machine at many of the tram stops in the town or from the busdriver. The SOLO ticket allows you to change between different buses and trams within a total time of 74 minutes! That is really great and shows how much more affordable it is to go with public transportation in this area than anything else if you can.

There are also other ticket types in Nice such as MULTI and PASS tickets.

Take the Bus to Monaco

With the single SOLO ticket it is possible to use it on most of the lines in Nice except for the bus line 100 that takes you to Monaco within 40 minutes only.

The bus line 100 departs from the Old Port of Nice (behind the church). Once you have passed the border to Monaco, you can get off near the hill with the Prince’s Palace, or near the casino in the Monte Carlo district. The No. 100 bus then continues on to Menton. So thats what the destination sign will be saying on the bus.

Including the bus line 100 that goes to Monaco there is also a bus line 112 which a SOLO ticket works on. This one leaves from the Vauban stop, and then travels through Eze Village before continuing all the way to Monte Carlo.

For more information about the light rail tramway system in Nice, France. Visit the public transportation site at tramway.nice.fr !