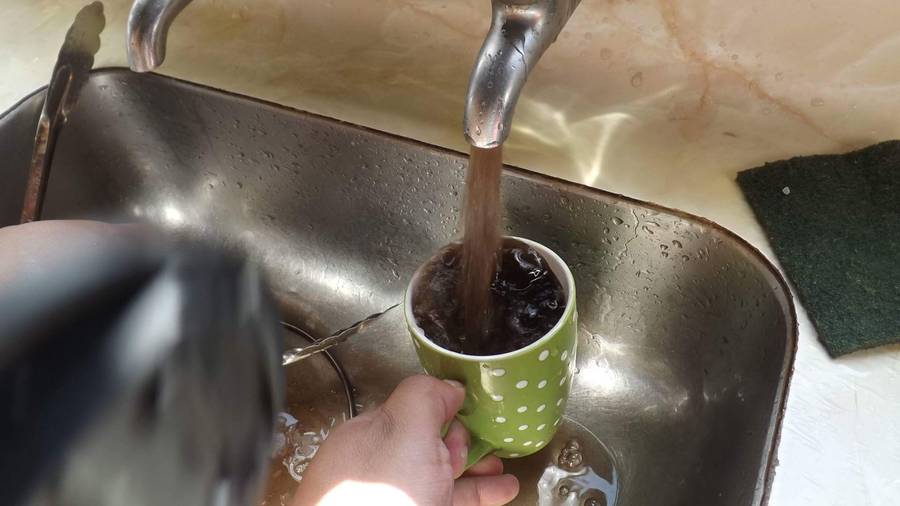 New Zealand is seen as a very clean nation. But sometimes even there, things can happen that makes it a bit harder to live. We humans needs water for cleaning. But when the water turns black. You simply must find other solutions.

This afternoon, the citys water reserves could be about to run out and urged locals to use it as a precious thing. Prices of bottle water products have risen in the area as people have been getting black coffee water in their tap.

Including the water issues. The water in Napier, New Zealand is also testet positive for E.coli bacteria which is a quite dangerous bacteria that can make you ill for days. For some humans with bad imune system, E.coli can lead to death even. So, Napier in New Zealand seems to face lots of issues.

The price of bottled water in the Napier city have risen from $0.89 to $1.10 because of the water issues in the town. The water came back normaly at 21.00(9pm), but people of Napier thinks that the information about the water issue came way too late. This should have been told to the people of the city much earlier. When the reserves was at halfway, the citizens should have got the information. Distrita agrees on this.

The issue with water seems to have been improving now. Napier is a small harbour town in the northern parts of New Zealand. The town got some 62000 that is known to have some of worlds largest collection of Art Deco architecture. The mayor is Bill Dalton and he should have warned the citizens of this town when the reserves was half way. Instead the citizens got issues with black coffee water in their tap.

Politicians works is to be there for people no matter way. And especially in a democratic country like New Zealand. This should matter for sure.