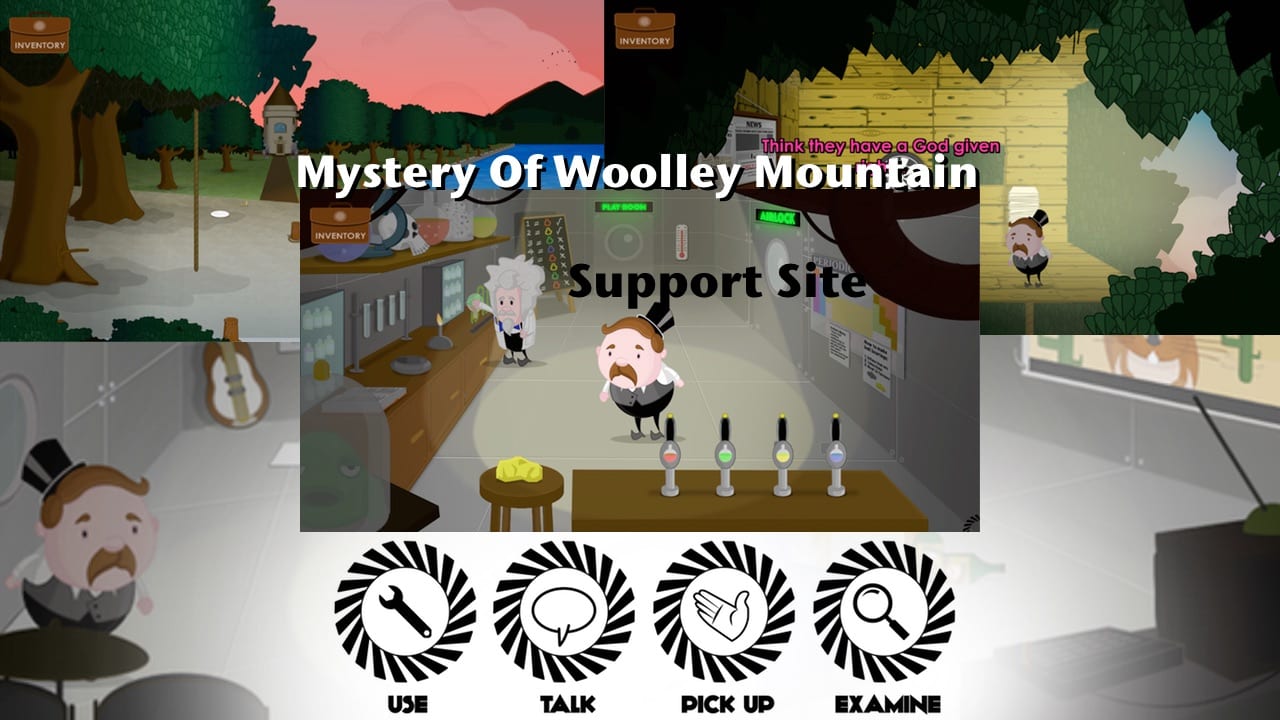 About
This is Distrita’s Mystery Of Woolley Mountain adventure Support site. The game is about Five time travelling musical scientists embark on an exciting journey in this remarkable otherworldly adventure that lets you point and click like in all of the well known point and click adventures out there.

DRM-free Game
The Mystery Of Woolley Mountain is a new game for PC and MAC, that is DRM-free for both systems, featuring five renegade audio scientists in their quest to rid Woolley Mountain of an evil witch.

If you remember the point and click adventures The Secret Of Monkey Island, Day of the Tentacle, DiscWorld, Space Quest, Trap Door, Phantom Tollbooth and Chorlton and the Wheelies then you should support this Kickstarter project.

The game is based on a series of characters collectively known as the Helmholtz Resonators that exist in many forms of media already, with this being their first foray into the gaming world.

Try out Now by Downloading it here
[table id=24 /]

Support the development by Donating thru the Kickstarter program!