It can be seen as Lord Of The Rings in the future as Peter Jackson is behind the screenplay of Mortal Engines movie. You can see elements in this movie in Mortal Engines too. What destroyed it is the trailer that tells you the entire story. But if you manage to pass that and actually watch the movie. It is really well made!

Mortal Engines deserved much better viewing income but the trailer sort of made many aware of it and didn’t put any will for many to see it. It seems to me that the media also just jumped on it without seeing it as with Alita Battle Angel.

Mortal Engines has no shortage of eye-catching special effects, but lacks enough high-octane narrative fuel to give this futuristic fantasy sufficient cinematic combustion.

This is what RottenTomatoes says about it. But Mortal Engines doesn’t deserve this kind of reputation at all. Because most of those that have seen it say it is remarkable and I can agree with them in many ways.

With all of the mentioning of Alita Battle Angel on Distrita, I also want to address a movie that is named Mortal Engines because that one is also way too underrated. It is a sci-fi movie that is really different from other types of movies in the same genre as it is really good at showing the difference between good and evil. Also, the 128 min ain’t too long but you will feel Lord Of The Rings vibes here.

It is a post-apocalyptic masterpiece and I think that it deserves much more attention then it got.  Because it is a very good movie if you can bypass the trailer that shows too much. So, let me explain why in this article.

From the moment the movie takes you into a world that is totally different from ours.  The world is full of megacities that are driving around and market marking their territory. They are all really remarkable made. All of the details of the megacities are fascinating and stunning. Which gives this movie a special place in my heart.

All of the characters play really well in Mortal Engines. Where is the difference between American English and British English is really striking in this movie?  I also like you very much since it is London that is driving around taking lands from other Communities or lands landlords.

A mysterious young woman, Hester Shaw, emerges as the only one who can stop a giant, predator city on wheels devouring everything in its path. Feral, and fiercely driven by the memory of her mother, Hester joins forces with Tom Natsworthy, an outcast from London, along with Anna Fang, a dangerous outlaw with a bounty on her head. The overall feel of the movie is really dark but at the same time, the characters are so living in an uplifting way that makes me want to continue watching the movie. So the movie is really enjoyable to watch from start to end because of these very talented actors in Mortal Engines.

The only thing that I will put a question on is the Shrike which is one of the more interesting characters in the movie. I think that the design of the cyborg is really bad yet it is watchable. His green eyes are very scary but the whole feel of the whole character feels a bit odd to me. Is he Shrike or is he a Terminator? But I don’t want to spoil the whole story for you so you must watch it all for yourself. This is my most loved and hated character in this movie. The rest of the characters really act well and all of the other designs in this movie are exceptional. Music is also very well chosen for the movie too.

So overall I give this movie a 7 out of 10 because it is a post-apocalyptic movie that is really well made that at the same time I feel it’s way too underrated by the media across the world. Maybe the scar of Hester Shaw’s face isn’t too detailed but that doesn’t do anything bad for me.  mi-ai want you to try to watch this movie again or at least watch it if you haven’t seen it before because Mortal Engines is one of the best movies that’s been made beside Alita Battle Angel before 2020 came.

If you have a nice flat screen and a great HiFi system. Mortal Engines must be seen. It’s not for everyone but it is a movie with lots of elements that will make you love it. So, for most of you giving it another chance. You won’t be disappointed. I simply don’t agree with the 6.1 Score on IMDB site at all.

A sequel of Mortal Engines would be a fantastic gift. But will it happen? Mortal Engines managed to earn only  $83,614,964 worldwide ($16 million in the United States). As a result, this movie adaptation didn’t even cover the production budget. Mortal Engines’ theatrical run was not precisely good, it flopped. It’s sad because what a movie this is.

Mortal Engines was released alongside Spider-Man: Into the Spider-Verse and The Mule. Just so you can compare, Spiderman’s movie box office was $375.4 million with a $90 million Budget. Similarly, The Mule had greater results at theaters than Mortal Engines. This movie had a box office of $171.3 million with a $50 million budget. Even Alita Battle Angel did it better worldwide because of China. It is said that this movie now becomes one of the greatest underrated movies of all time. I loved it and I dream of a sequel. Let me. Please! 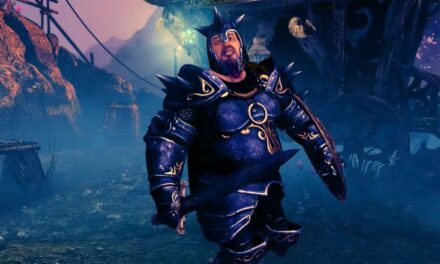 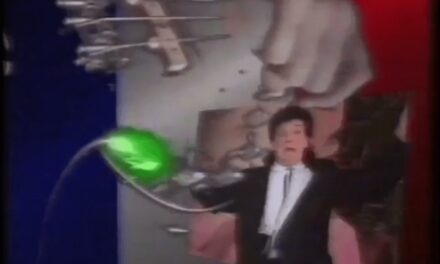