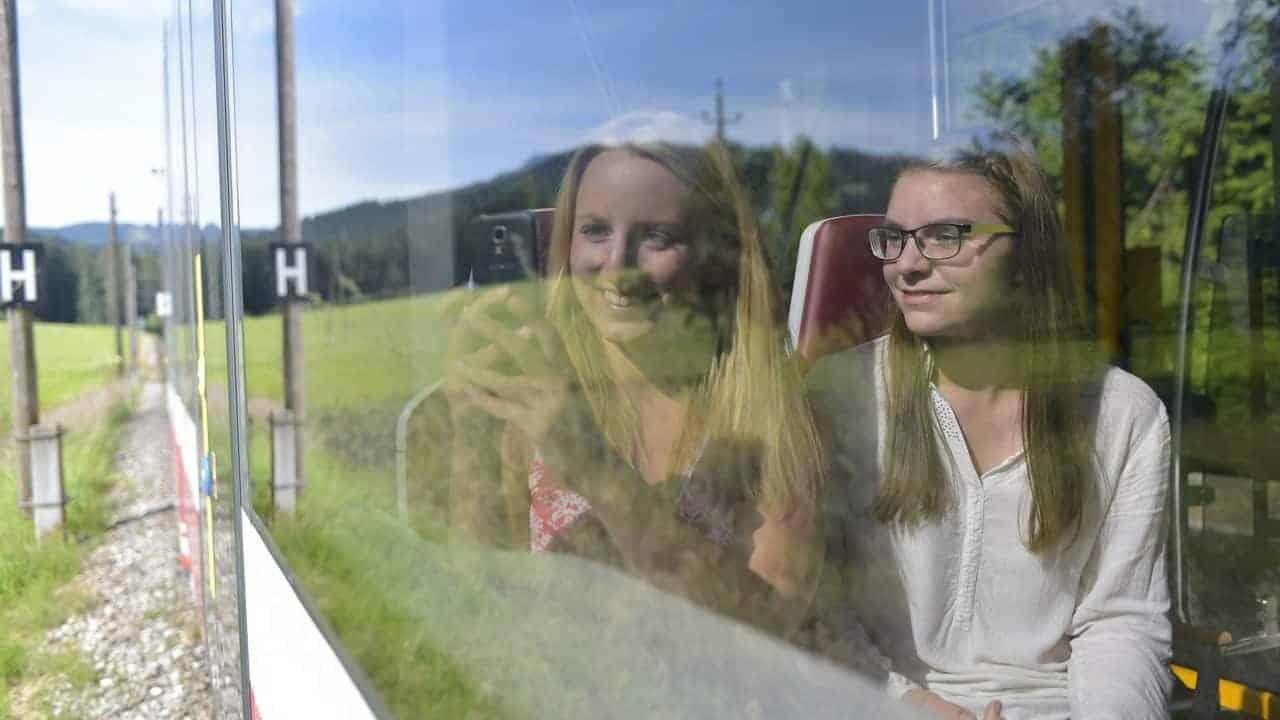 In the beginning of September. Gmunden, Austria in Europe got a new light rail route that replaced the tram service in the town. Gmunden with its low population number, isn’t a big town at all but the community wanted this service so badly! They fight for more than 30 years and finally light rail tram wagons is now running thru the city and over the Traun river. A must place to visit for anyone interested in light rail for sure.

Free Light Rail service was a Success in Gmunden

In September this year (2018), over 100 000 passengers used the new Traunseetram light rail service, between Vorchdorf and Gmunden. Which is impressive, because of the population size in Gmunden and the other villages in area of Austria. But the free test operation is now over. The rail operator Stern & Hafferl tries to keep the passengers now, and it seems to become a positive ride for the company. But for some groups it seems to be a challenge.

Anyone, who has previously boarded the Traunseebahn light rail route, which runs between Vorchdorf and Gmunden could buy his ticket from the driver. After this light rail line got extended thru Gmunden and took over the tram service. Elderly people find it more difficult. Now its no longer possible to buy the tickets from the driver.

Modern machines on the light rail line is now available. But these cause confusion for now. People needs to get used to new environments. The same happened in Oslo in the late 1980s. You could buy tickets from the driver. But once Oslo to choose to rebuild the whole western part of the network to Metro standard. People had to change to using ticket machines on the stations.

Exact passenger count does not exist yet

In the first month, the use of the light rail service on the entire route was free! The machines were not needed. Stern & Hafferl CEO Günter Neumann is satisfied

“More than 100,000 passengers have tried the light rail route in September. He wants to announce an exact number only after expiration of a “representative time frame”. First of all, you want to make the light rail users become the users. “Due to the ticket sales, we see that we are making a positive development towards weekly, monthly and annual tickets,” says Neumann to krone.at

It’s great to see that the change from tram to light rail in Gmunden is popular. Now, the real numbers will be revealed soon and then Distrita will Reveal them to you. No doubt about that!