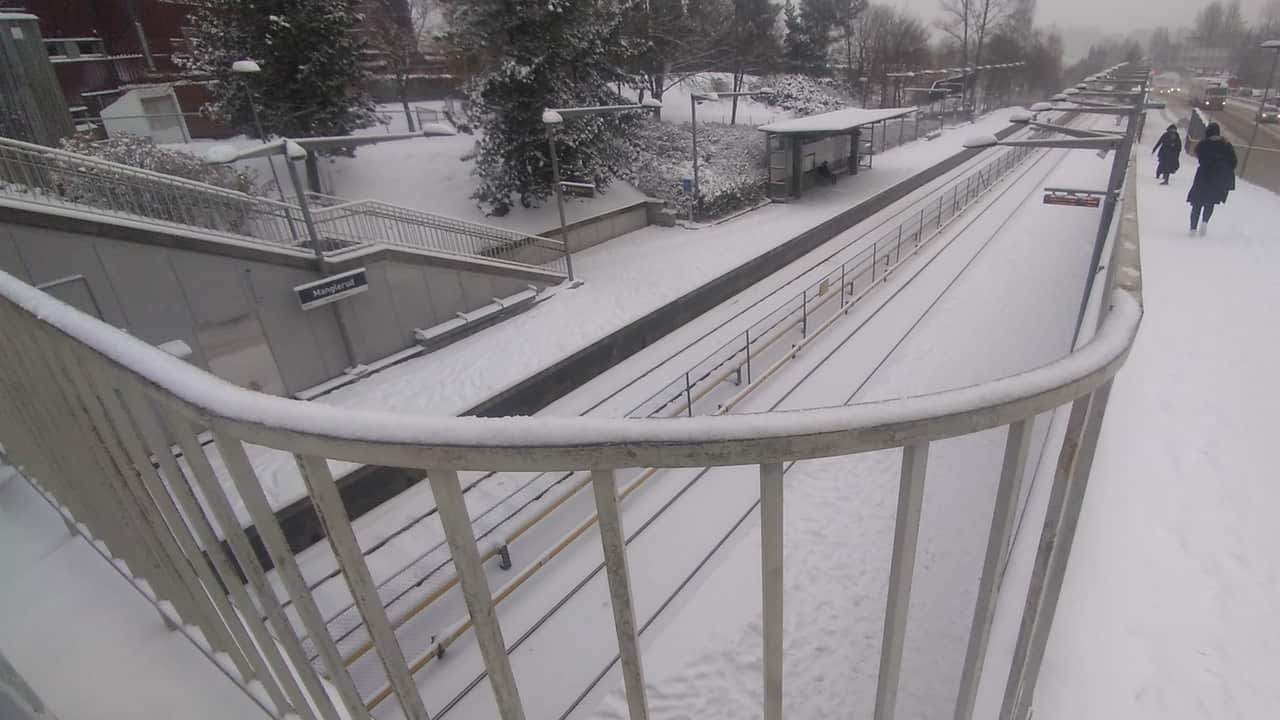 In Oslo, we have a Metro system with 5 lines. In theory, it is 6, but our ring Line 5 takes a loop before it reaches the ends. Line 1 is the most obscure line since it is the oldest Metro line in Oslo. It is also the line with the weirdest light rail schedule variations in Oslo.  In many ways, this line is more of a light rail line than a Metro line.

Many transit interested people would claim that it is a light rail line, but because this is a line that does run through the tunnel together with the other Metro lines, stops at the regular Metro stations in the city center and uses the same wagons. It is a Metro line?

Back in 1898 Oslo got its first suburban tram line. It was the Holmenkollen line. Today it is known as Line 1. At first, it was a suburban tram line, then it changed to Metro styled wagons. Line 1 went between Frognerseteren and Majorstuen. Then back in 1912, the construction of the first underground Metro section in the Nordic Countries started up. At that time the line was constructed by Holmenkolbanen A/S  named company. This company started the construction of an extension of their line from Majorstuen to Nationaltheatret. On that route, they also constructed Valkyrien station. Which is closed since the 1980s.

The most interesting fact about Line 1 is that the line is going up to 500m above sea level. It is seen as a light rail line because it does do street crossing at several places during its journey up and down. Another neat thing to know that on this journey up you also find the Holmenkollen ski jump or the ski resort which you can reach when you take the line to Frognerseteren.

Another thing to know is that the line got many curves. It is the slowest Metro Light Rail line in Oslo. So in the past as until now. The stations are short. So today, even if the Metro trains that run up and down needs to be short. Line 1 is the only Metro Light Rail line that runs with 3 wagon trains. The sizes of the stations uphill make it difficult to upgrade them as they did on the rest of the Metro network at the west side of Oslo.

Because of the short Metro trains and a quite long line up to Frognerseteren. At all times, Line 1 runs to Helsfyr on the eastern side of Oslo from Frognerseteren. But during the week and on Saturdays until 19.00 (7 pm). You can also reach all of the stations beyond Helsfyr on the eastern side of Oslo. On Sundays, all of the Line 1 trains turn at Helsfyr station. Then you need to change to Line 4 if you want to go further east.

This means that you can reach stations such as Brynseng, Hellerud, Manglerud, Ryen, Brattlikollen, Karlsrud, Lambertseter, Munkelia, and Bergkrystallen. So you could say that Line 1 helps Line 4 during the days and Saturdays. So with Line 1 in these times you don’t need to change to Line 4. But at other times you must.

Distrita welcomes you to Oslo and if you want to check out more about Oslo we encourage you to check out our oslo.distrita.com site where we give you many more insider tips about where to eat and where to go in Oslo which is the town where we live in.