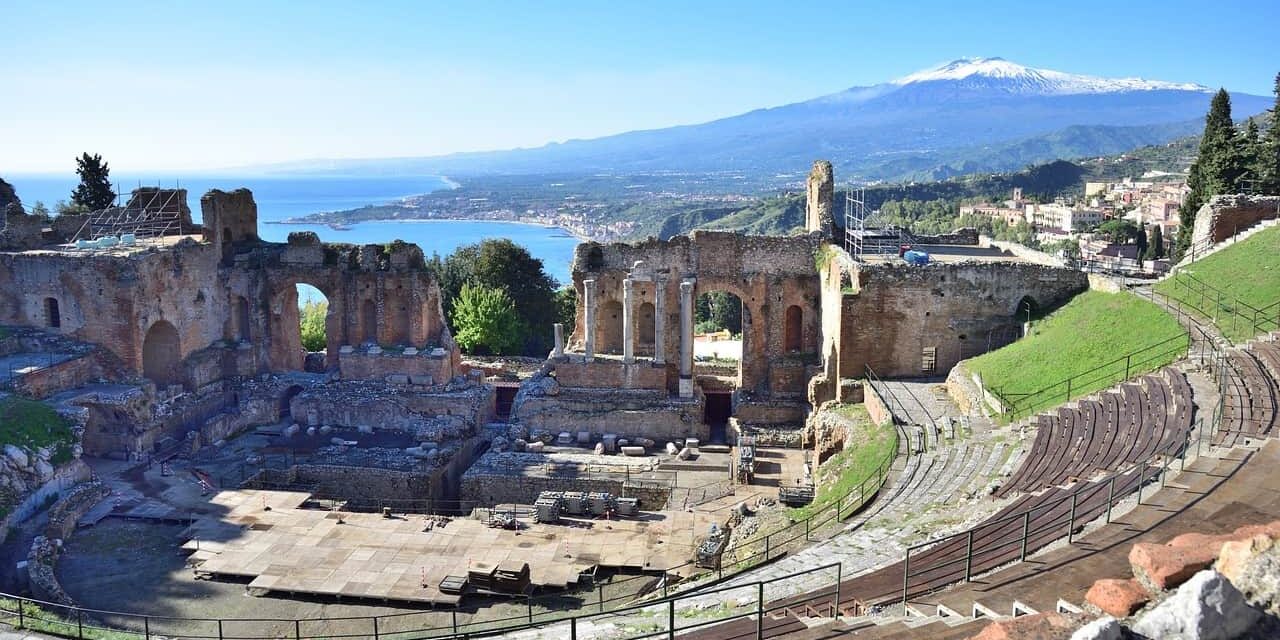 We have made one of the most intense articles about transit options on Sardegna which is a beautiful Italian owned island in the middle of the Mediterranean ocean here. Italia is a huge European country and so we decided to do a pristine and unique series of articles. These will cover various unique cities around the globe and Taormina is one such city. 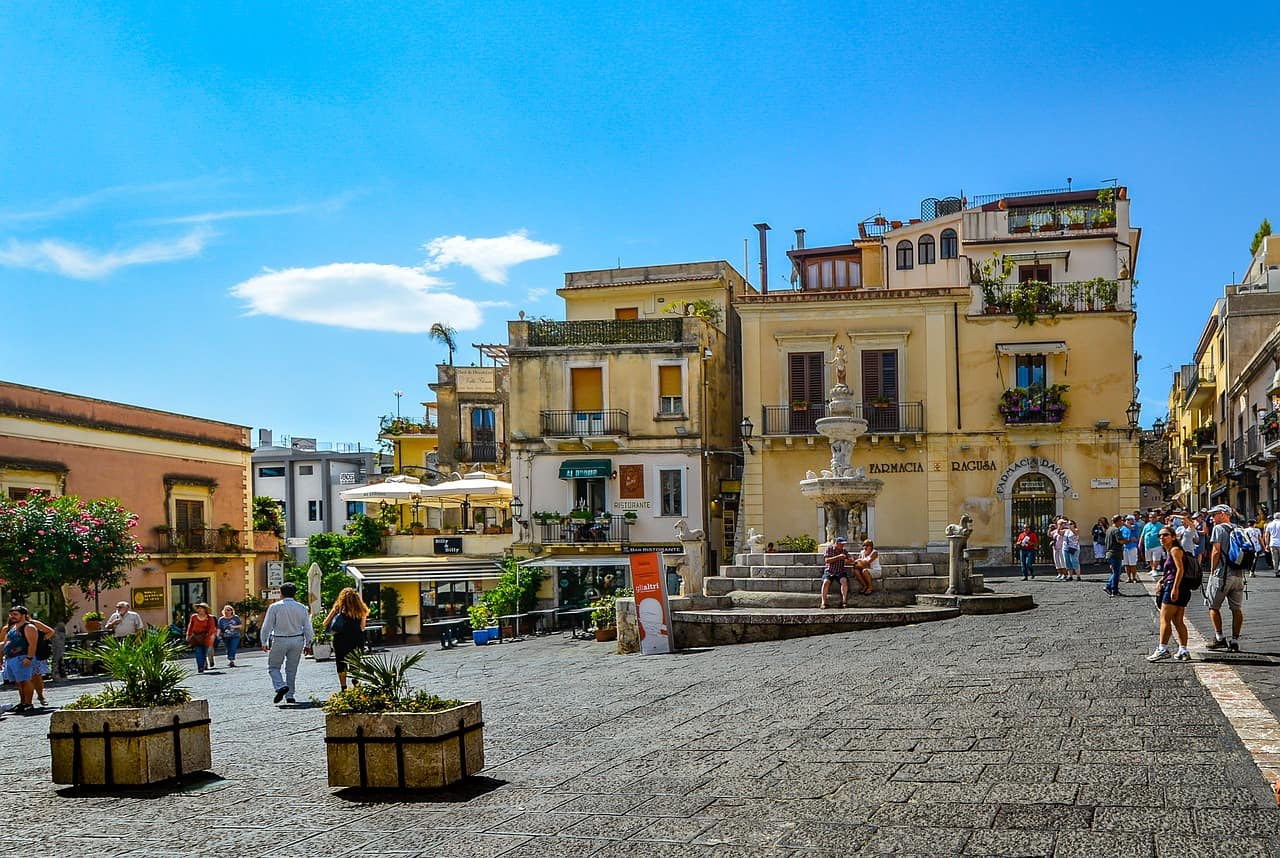 Unique Nature makes you want to visit this place again

Taormina does qualify as a nice secret to visit. It is located about 43km north of Catania which is the biggest city and 44km south of Messina on the Sicily island. This is the part of Italy where you can see on a map that there is a rock that is getting kicked if you watch the map. This city is one of those elusive off the beaten track holiday finds because its on the road.

You can reach this Italian city by bus or take the train to Taormina-Giardini station. The regional trains seem to run quite frequently to the town. But for more information see trenitalia.com (the English version of the site) for more info.

But Taormina is popular for good reason, and you’ll forgive the Sicilian resort town for the throng of tourists from the moment you arrive. It is simply more than meets the eye with this town! You can see why everyone pays a visit.

For starters, before we describe how this awesome cable car experience is. There’s the glorious vista that sweeps down from historic hillside buildings to idyllic beaches reached by rocky footpaths. 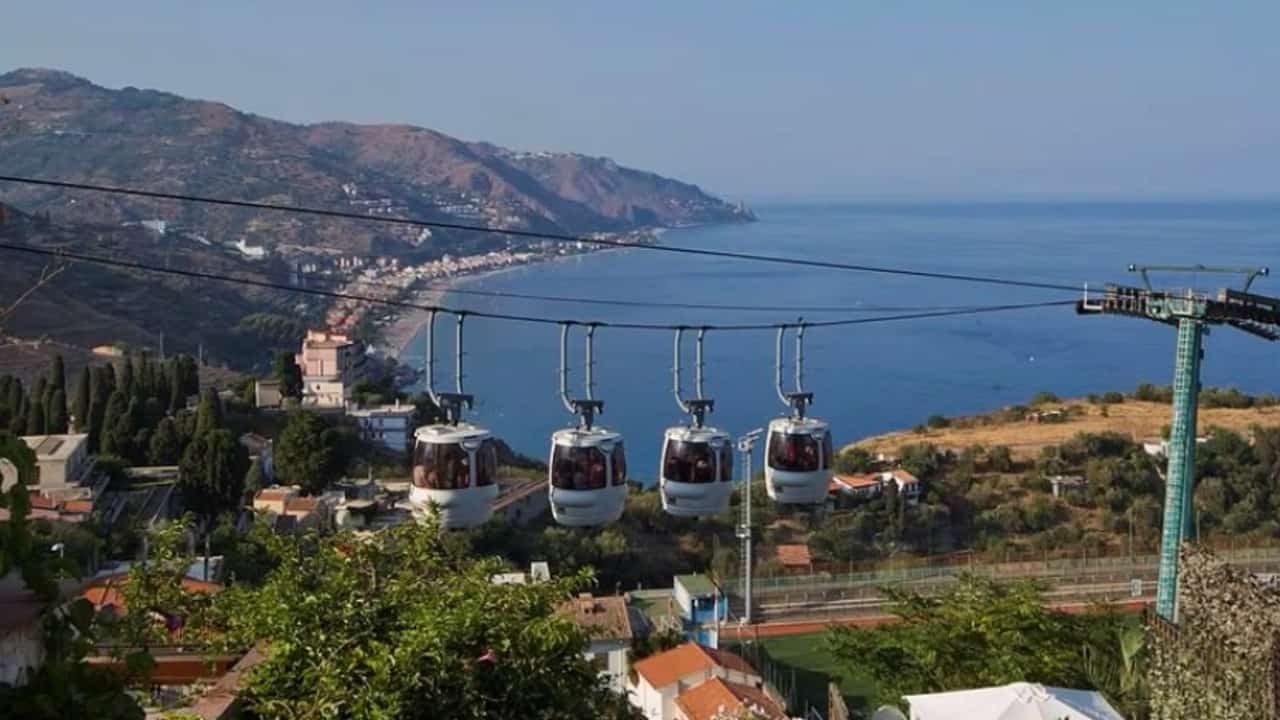 The town’s funicular railway which is for us a cable car railway. Is a nice attraction in the town. This cable car network connects the historic center of Taormina with its beach area of Mazzarò. The beach of Isola Bella is far about 500m from Mazzarò.

Prices for the Cable Car experience

So as in any Italian city. They have a quite huge tax for a weekly and monthly ticket. The jump between 15 Euro and 50 Euro for a weekly ticket is steep. But that’s how it is in Italy.

The views are Breathtaking from every Angle

The views out to sea take in the beautiful bay of Isola Bella and the eponymous island itself, now a nature reserve and popular with bird watchers and sunbathers alike. The omnipresent Mount Etna smouldering away in the distance makes a dramatic contrast to the tranquil sea views – and an inevitable conversation piece as you sip a drink and stare in wonder from one of the picturesque terrace bars. They can be a bit pricey but that’s how it is to blend in with other tourists at a touristic place.

You inevitably have to find out all the hair raising facts about past eruptions and the heroic feats used to save communities and stem the lava flow (military helicopters dropping giant concrete breeze blocks into the raging volcano to try and tame Etna is just one of the tales that sticks in my mind). 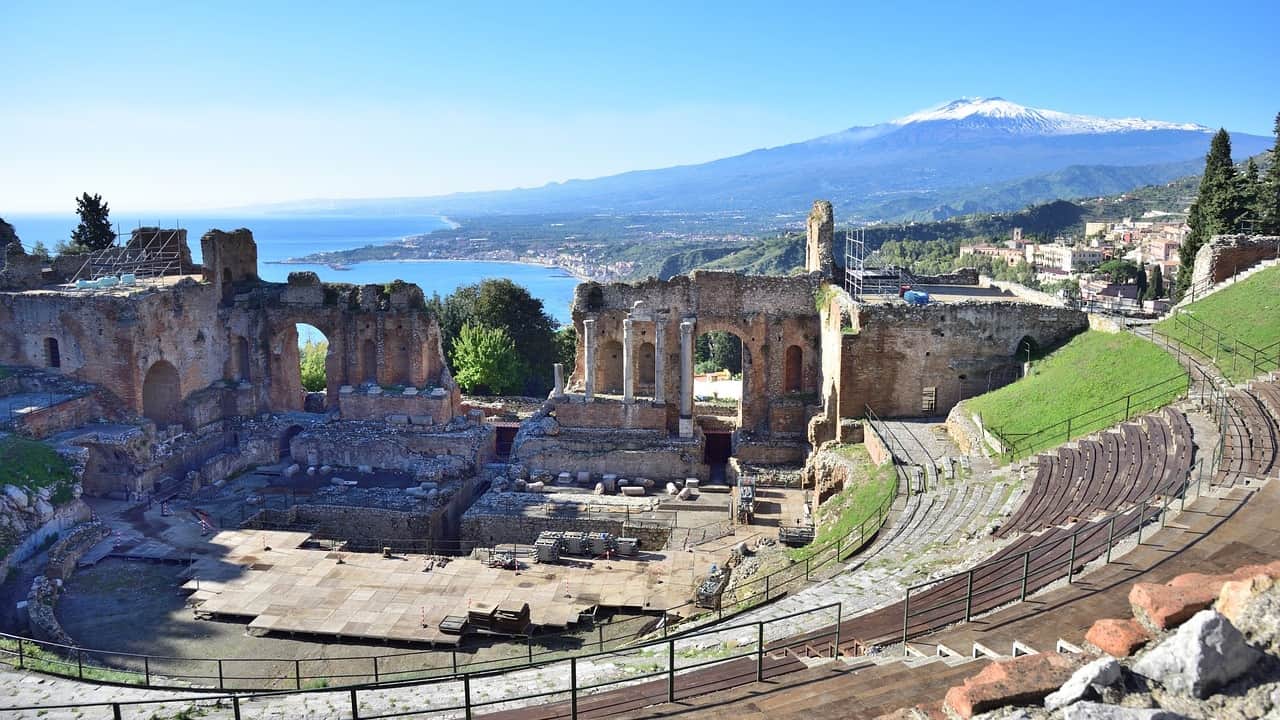 And don’t worry, Taormina is a reassuring 60kms or so from Etna (which is an active volcano in Europe). This huge mountain is close enough to visit but a comfortable distance away, so you can sleep soundly at night.

You must see the Greek amphitheater

A must-breathtaking-experience is Taormina’s historic Greek amphitheater, Teatro Greco, which also boasts fantastic views of Etna and the coast.

The 2,300-year-old theatre is a sizzling sun trap in the summer months (the ancient stone seats offer no respite from the heat), and a sight to behold, perched above the town with its amazing natural backdrop.

Everyone from gladiators to latter-day Hollywood legends such as Elizabeth Taylor and Richard Burton has adorned the theatre, while it’s also home to Taormina’s annual arts festival, Taormina Arte. This takes place in July and August, and in 2007 featured international stars including Montserrat Caballè and Liza Minnelli. Hollywood beckoned again in 2007 when Teatro Greco hosted the premiere of the Transformers movie on a giant outdoor screen – past, present and future all together at this magnificent venue. 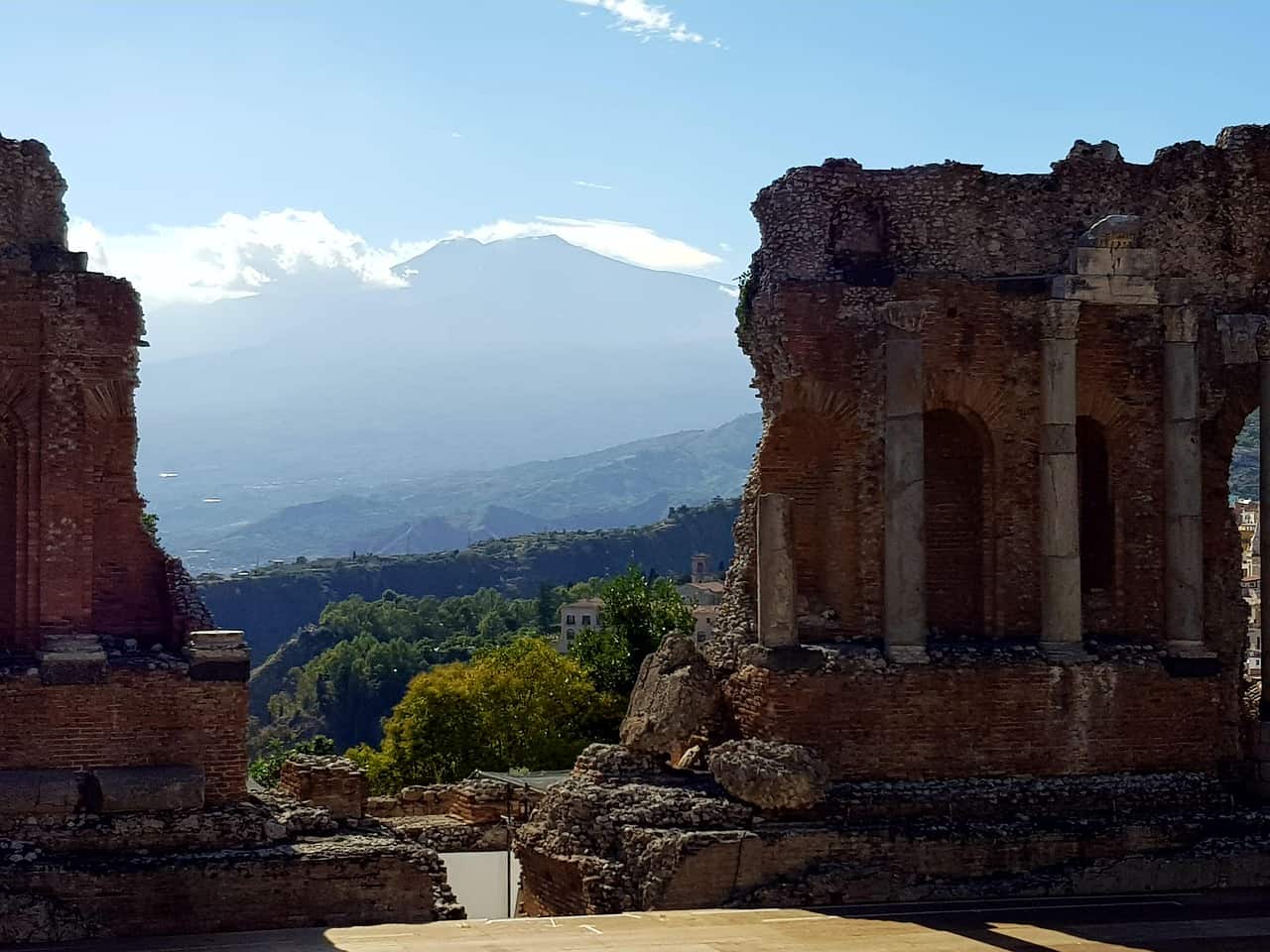 Not only breathtaking views and things to see is important here. Also, your stomach deserves to fill up the right way. So! If you can steal yourself away from the views, the Sicilian cuisine holds another treat in store. While there are plenty of grand dishes to enjoy, it is the simpler, more rustic, food that really whets our appetites.

This town offers Fresh grilled fish and salad, spaghetti Aglio e olio, or a plate of linguini al Limone – seemed to complement the setting to perfection (just go easy on the lemons in the form of the famed Italian liquor ‘Limoncello’ – or the view could suddenly turn a bit fuzzy).

Stylish Italians on the streets of Taormina

Except for locals and the tourists in the town. The real stars of Taormina are the Italians when they dress their best and take a majestic evening stroll around town as part of the ritual known as La Passeggiata. 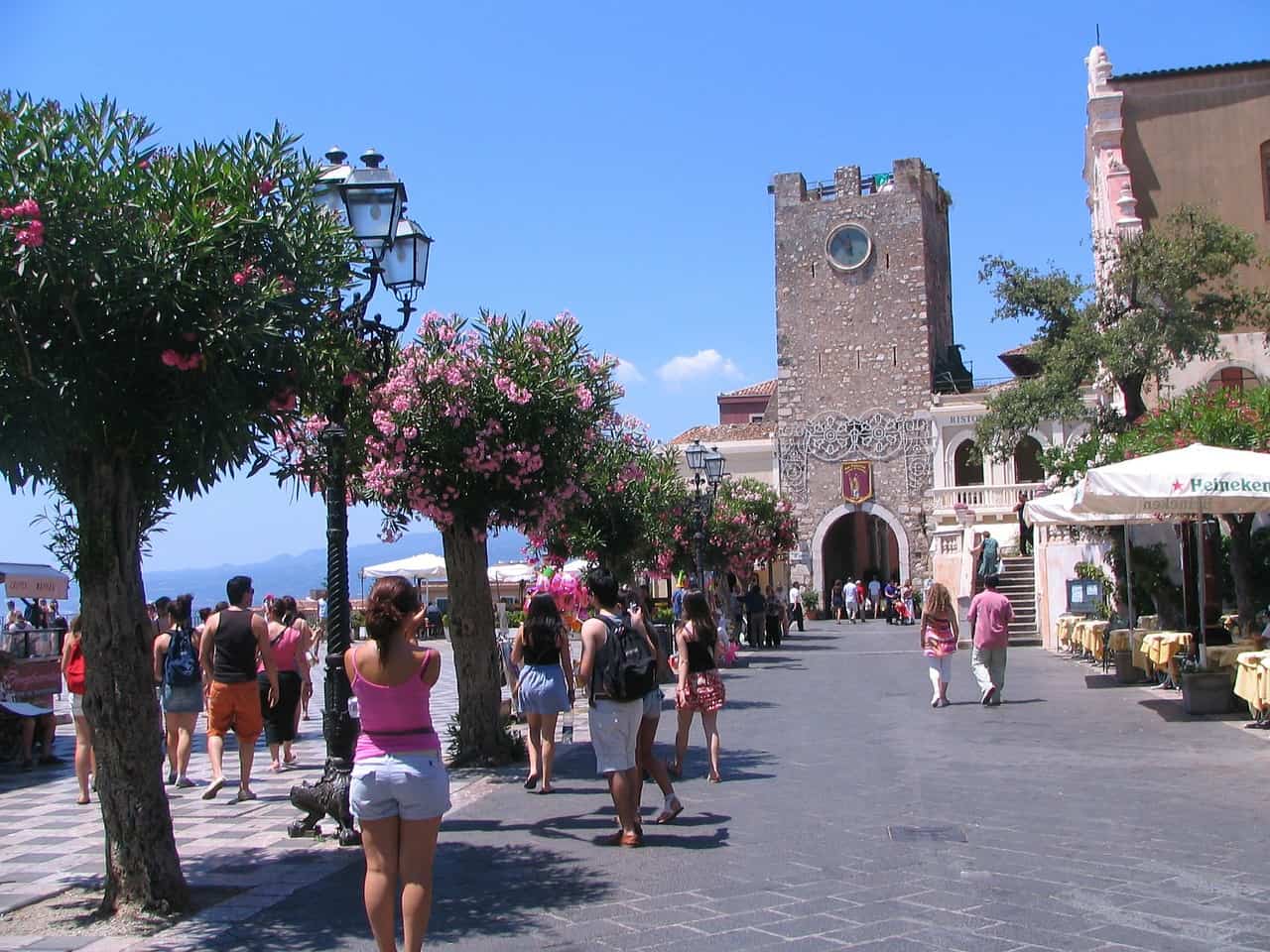 It’s a stylish affair and a sight to behold in Taormina, underlining the town’s chic and upmarket feel. Witnessing La Passeggiata also confirmed my feeling of being a little shabbily dressed for such an occasion (yes you can spot us, tourists, a mile off). Still, if I lived in a town as beautiful and stylish as Taormina, I think I’d want to dress the part, too.

Sooo!… If you want to go to a place with lots of sunshine in a stunning setting, you could start your research with a visit this part of Europe. Sicily is at the southern edge of Europe. Here the summers last longer. So be prepared to bring light clothes in all months except for November to February. Just check the weather in any chase.

Enjoy your trip to Taormina. Check out this site for more about travel information in Taormina, Italy. 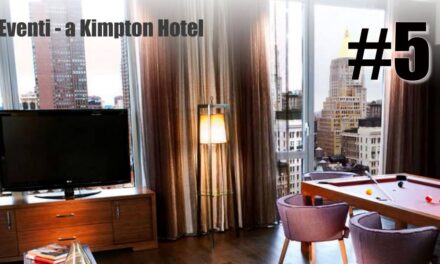 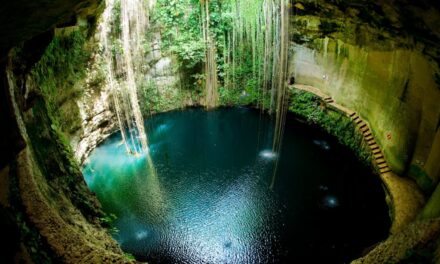 Discover the exotic beaches and archeological sites of Merida yucatan 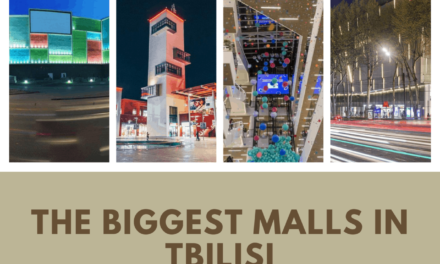 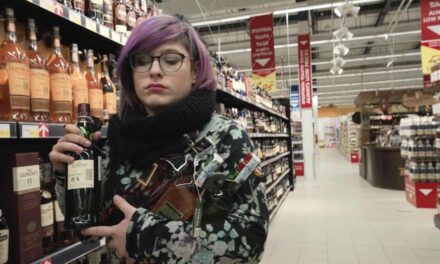 The 5 Best Supermarkets In Tbilisi