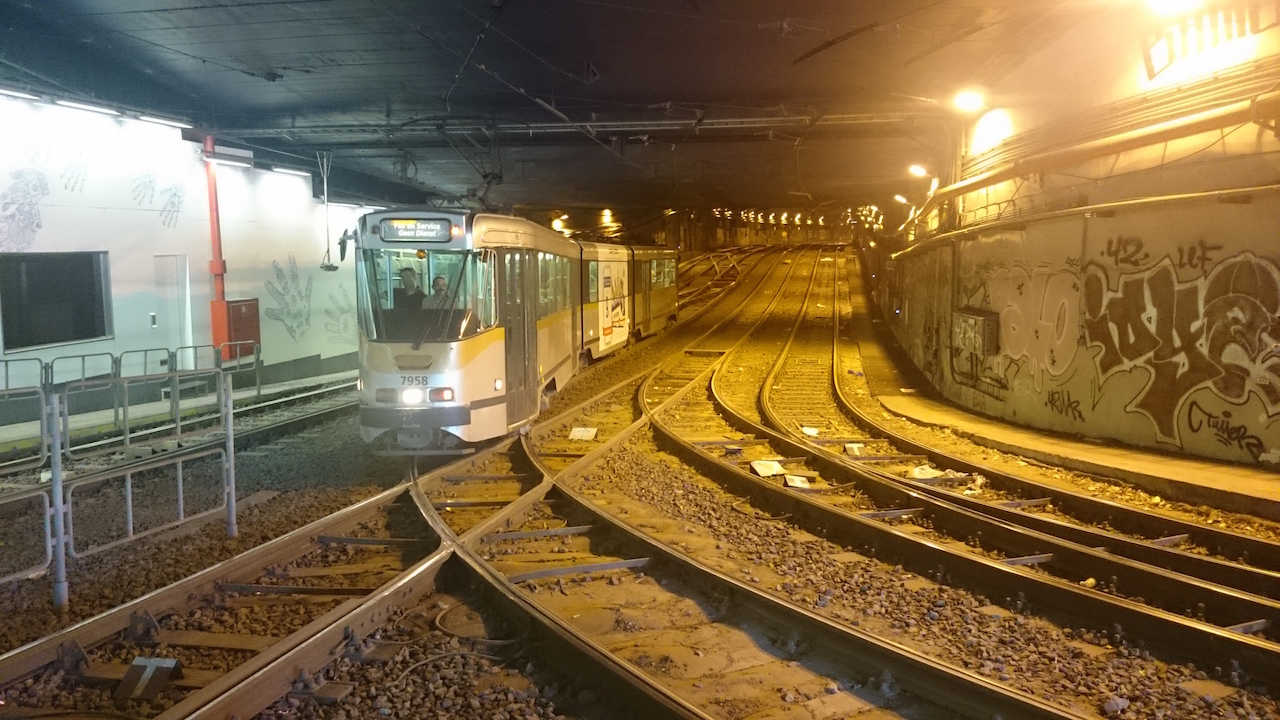 Brussels is a city sitting in the middle of Europe with about 1 million living in it. It is also in the middle of European Union, so their headquarters is in Brussels. Same with NATO, but did you know that the city is bilingual? Many station names are named in both French and Dutch, which makes the city bilingual. Interesting thing is that these manages to live peacefully side by side.

So, in this transit exploration of Brussels. Distrita was quite amazed about the Lemonnier station which you can reach by regular tram lines 51 and 82. The light-rail tram lines 3 and 4 also stops here.

It is really nice to see how cities manages to build interesting transit solutions. Some politicians thinks that metro needs to be metro and that a tram needs to stay above ground. But the reality is that trams also can run underground too. The low-floor trams and the older ones both uses underground stations in Brussels as well being regular trams on other sections. I think its well done!

Not only Brussels in Belgium got trams going underground. Most of the bigger cities in Germany have the same concept, Den Haag in Netherlands have an amazing tram-train solution that is very cool and also cities in Poland like Krakow got it. For cities where population is growing faster, its easy to think that Metro is the cheapest solution, but a tram system with trams going underground is as good. This can be mixed later on easier also.

So now our focus goes on for transit places to see and visit in Brussels. Continue supporting Distrita. We think that you like these kinds of articles because of your comments back. Thanks for supporting us.