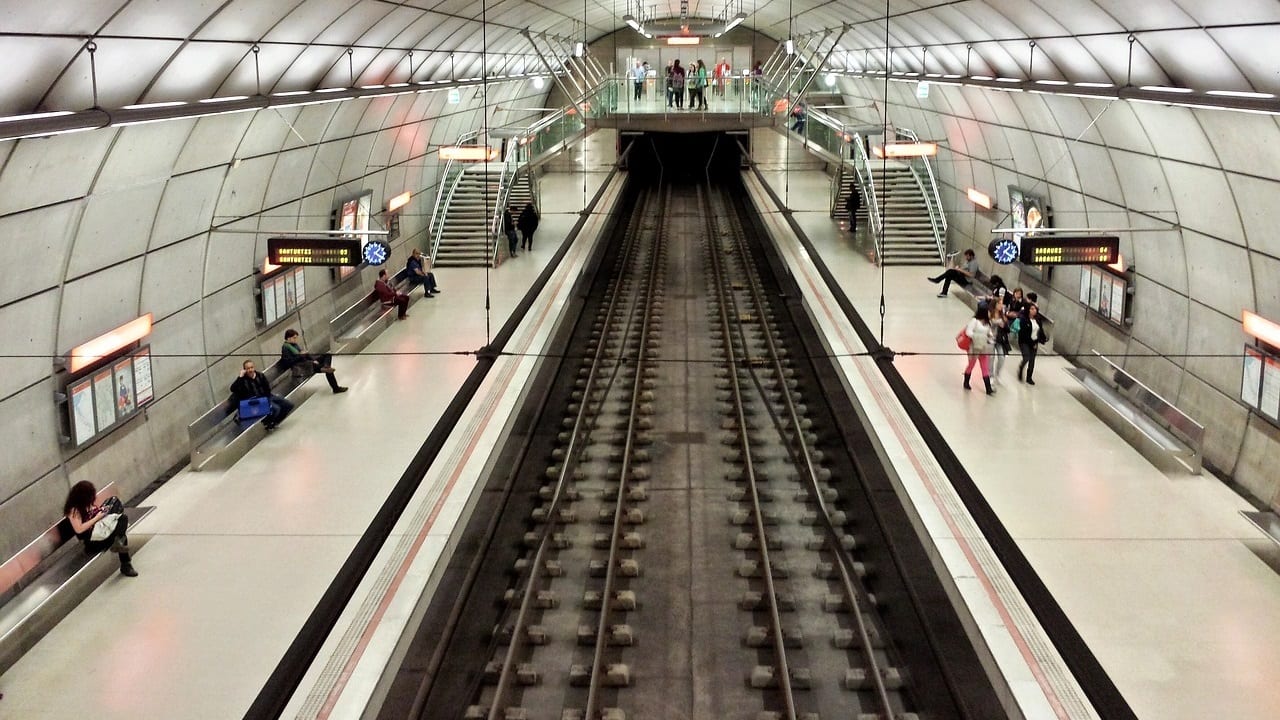 Bilbao is one of the most interesting transit cities in the world and yesterday L3 Metro line opened in Bilbao. In this hilly city, which already got so many different train systems this news is just awesome. This is a great city to visit for both tourists and train enthusiasts and with about 1 million inhabitants in the area if we include the nearest towns and places. It is the largest metropolitan area in the Basque county, which sits in northern part of Spain. Read on…

Unlinke L1 and L2 metro lines, this totally new L3 Metro line is run by EuskoTren company, instead of  Metro Bilbao. This new metro line runs between Kukullaga and Matiko. However every 4th train, continues to Lezama as E3 line instead. A totally new double-track Artxanda tunnel connects L3 line with the E3 line.

Almost entire L3 line is a underground line, except for the termini station Kukullaga. The line meets 3 other lines on its route. On Kukullaga termini station, L3 meets E1 and E4, which is also EuskoTren. From here you can take E1 or E4 to Bilbao Atxuri. Then there is Casco Viejo station, where L3 meets both L1 and L2 from Metro Bilbao company. And at Matiko termini station for L3 and E3, this line connects with Funicular de Artxanda!

Finally! Funicular de Artxanda can be reached much easier Now!

There is something special and cool about funiculars. These are trains or trams that can climb up steep mountain sides, and Funicular de Artxanda can now be reached much easier as L3 runs to Matiko station.

The easiest way now, to reach this funicular is to take either L1 or L2 to Casco Viejo station where you need to change to L3 that runs straight to L3. Also E3 trains runs to it.

Except for the termini Matiko and Kukullaga, all L3 stations follow the standard design developed by Norman Foster for metro lines L1 and L2, but instead of the typical red signs, these feature blue EuskoTren signage. The class 950 trains used on L3 were manufactured by CAF and consist of three cars, with the option of adding a fourth car if necessary. -Urbanrail.net

The design of the metro stations in Bilbao is pretty outstanding. The feel to them is very modern and thats pretty awesome. Also! Both metro and train tracks are only 1000mm in witdth. So, this system is pretty cool.

Don’t forget that Bilbao also got a tram!

Yes! From Atxuri EuskaTren station, you can take the tram which is also pretty new. It runs from Atxuri, thru the Bilbao city center and ends up at La Casilla station. At Abando and San Mames L1 and L2 Metro station, you can jump onto the tram directly. Also on Hospital, this EuskoTran connects with another train company called FEVE and at Basurto its near Renfe trains.

So, now you know a little bit more about the new L3 Metro line, the new E3 train line, the city tram line and both FEVE and Renfe. Also now it should be easy to understand on howto get to Matiko station.