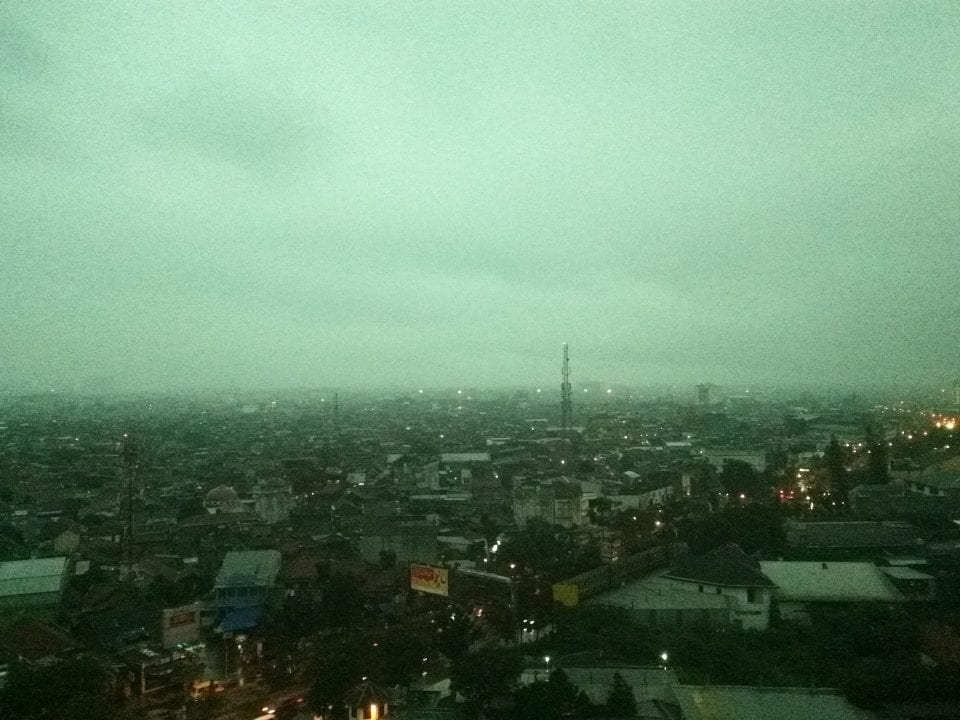 Today I arrived in Bandung, Indonesia after a long flight from Oslo. The weather was nice, but now as I am writing this, we have some awesome thunderstorm sparkling show outside. In Norway we only got them in the summer months.

I am happy that we stopped in Dubai on the way, because otherwise the temperature change from -4C in Oslo and 31C in Indonesia would be quite different. Yes, in Dubai with its 23C temperature I saw people using jackets!!! But I guess 30C or something is the normal temperature over there.

Cars, Trucks and Even more Cars…!

Anyway. After a long flight I arrived in Jakarta. Once out of the terminal, I got lift to Bandung. The stretch is supposed to take about 3 hours (Google Maps), but when Jakarta got over 10 million people and almost 0 public transportation… the queues are humongous.

Indonesia as I see it lacks infrastructure on a scale that is beyond anyones imagination. This country with its over 230 million people, deserves so much better. But is it doable if they did something with it? Yes!

My suggestions for a Better Indonesian daily Life on the Roads!

1. The huge and well made highway between Jakarta and Baandung (and other cities) should have one lane for only busses and taxi. Police should be much more active at taking illegal driving, but the only way to handle this is to have high enough fees for people driving illegally.

2. All of the trucks should be replaced by a well produced cargo train delivering system. I am told here that they can only drive in the night as they got restrictions during the day. This rule shouldn’t have been put to life at all. Instead Indonesia should focus on cargo trains and restructure its roads.

3. Remove the toll plaza stations alongside the highway route or give it a only bus pass lane. Put it as a subscription service only. The highway is already full of Police, which would have a nice income by couching illegal drivers. When the highway got a bus only lane. this route betweeen a 10 million and a 2 million city would become a much more attractive route to take a bus which would ease the queques on the main road a lot.

4. Build way more bus lanes in the bigger cities. Also introduce Metro or even Light-rail systems. Jakarta is now getting a new Metro, but it takes much longer time to make a full Metro system compared to a light-rail system. Bandung should also get light-rail linking from the main train stations to the outskirts of the city. Bergen in Norway with only 230 000 got a light-rail line recently and it got mountains surrounding the city like Bandung in Indonesia. The health and traffic have now fallen a lot around where the light-rail line goes. Also Paris in France have built many new ligh-rail lines. Making car use less demanding.

This is my first report from Indonesia. I will bring more pictures and info in the days ahead. I really love Indonesia and its people. Very warm and nice people. But they need to fix the humongous queues on the roads. A trip that could have taken 3 hours, took us 6 hours (including food stop on the way).

Stay ahead – Stay at Distrita.com for more daily Reports from Indonesia