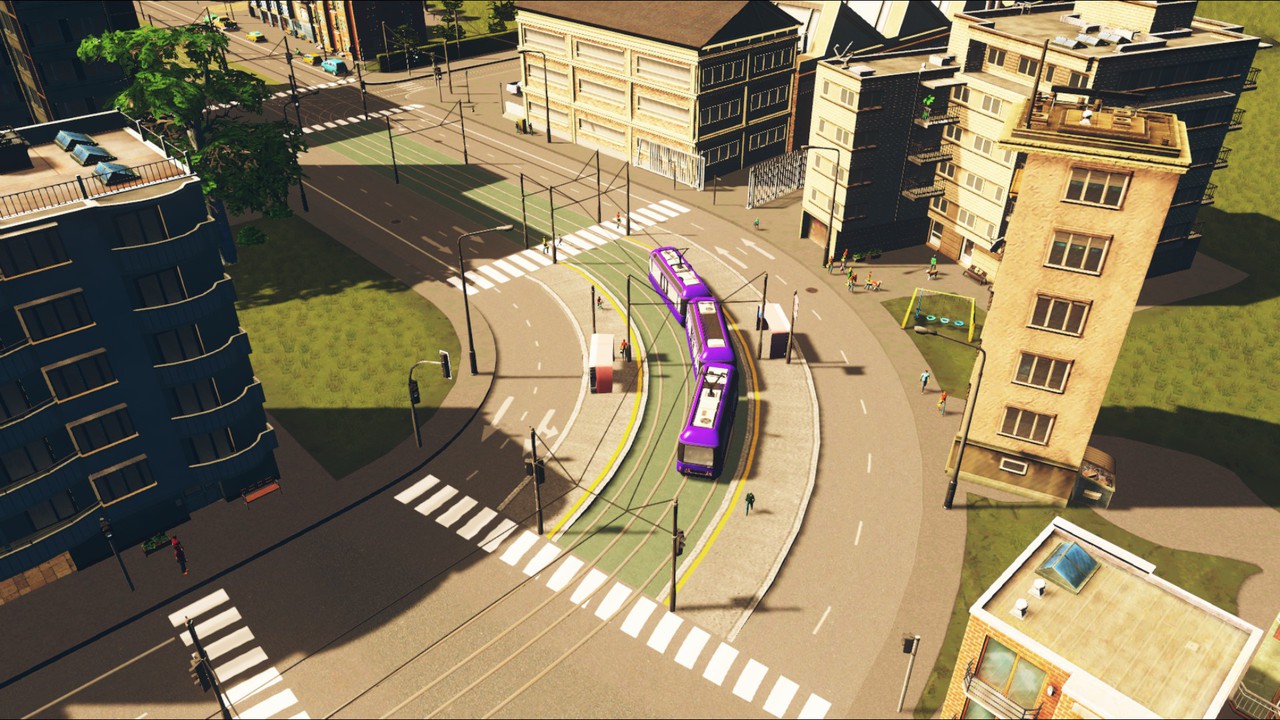 This is something that all light rail and tramway fans of Cities Skylines should have. It is aged some but with some decal texturing work it can for sure be a worthy download for many. These 3 Tram avenue solutions from Streetlamp’s Workshop. I personally love them. I didn’t find a version yet with updated tracks textures though. But its really handy to have.

You can mix all 3 without issues. The most awesome is the stations that can be curved or straight. Yet they look awesome. Many cities in the world got tram systems like this and its awesome to have such streets in Cities Skylines thanks to Streetlamp.

Once one of these or all of them is Subscribed to on Steam Workshop. You must then activate it in the game. Once you have done this, exit the game and then start it again. Do this every time you activate or deactivate a mod for the game. Then when you start a new city or a saved city in the game you have them in the tram section of Cities Skylines.

These tram avenues are what you get

When you build one of these tram avenues. You can drag them where you want. You can use them with other tram tracks without problems too. In areas of cities where the space on the sides of a wide 4-Lane road. Such tram avenue streets are smart to be built to let the trams run faster and to not get them stuck in the traffic.

For some Cities Skylines players details is everything. Removing heavy traffic is one for sure. But in the video above, they use streets with tram tracks. A tip is to only use these types of streets in low-dense populated cities or areas of your city only.

2 Lane Roads with Dedicated Tram Tracks in the Middle

If you see that car traffic is getting high and don’t want to destroy the buildings I recommend you to get this Tram Avenue with Dedicated tram tracks in the Middle. Because that is a small type of Road in size by BadPeanut’s on Workshop. When you replace a normal 2-way road with this it won’t destroy the buildings on the side of the road as they fit.

These 2 lane roads don’t have bike roads. But in house areas, this might be difficult to add in real life too. So you can add bike roads nearby eventually.

With either 2 or 4 car lanes avenue streets like the ones here in each direction with dedicated tram tracks in the middle. Cars and trams won’t interrupt each other at all that much which is good for the traffic flow in the game and also in real life too. So this type of tram avenue is very smart to add.

Badpeanut also released a nice 4 lane tram avenue with bike lanes on each side. I have added all the links below.