Gmunden in Austria Expands its’ Shortest tram line in the World 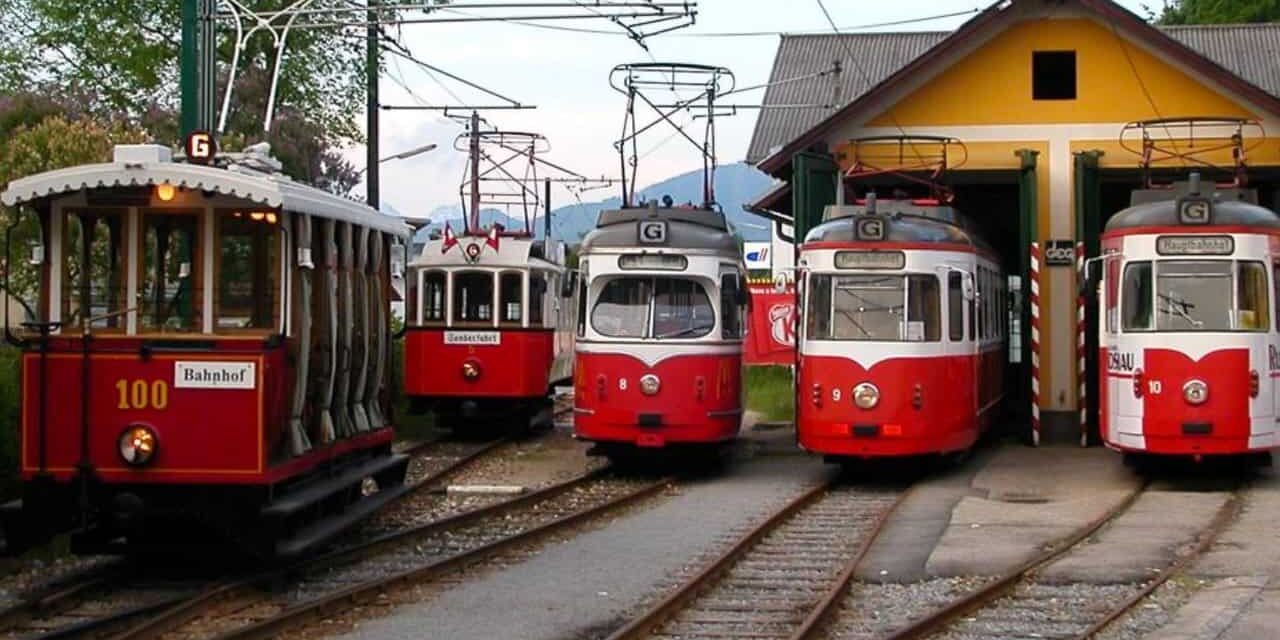 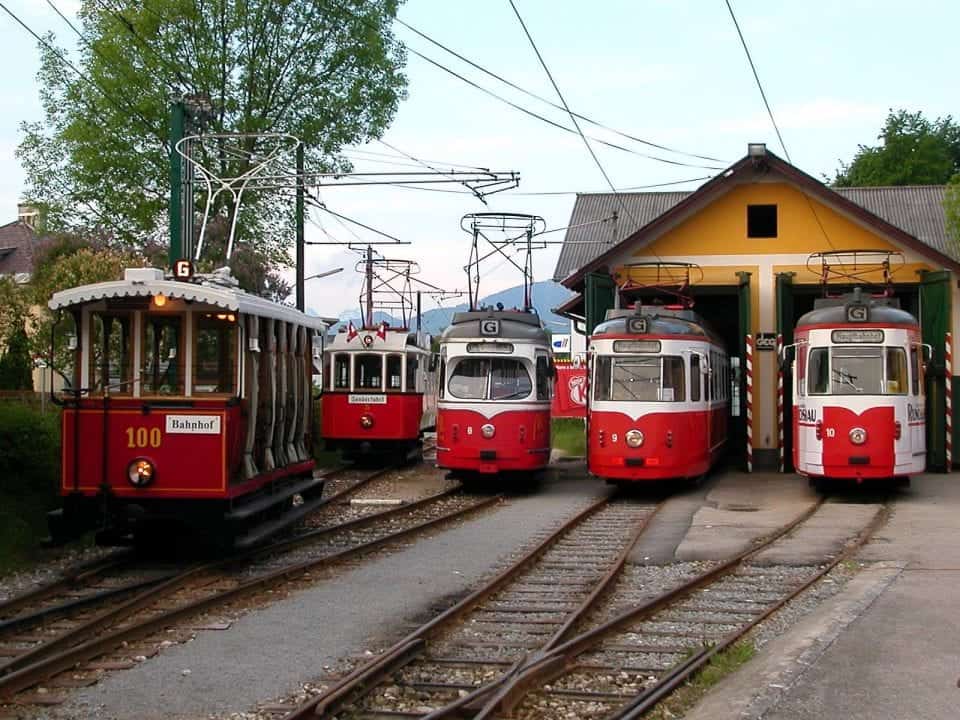 Right now we at Distrita like to send out a request to all out there. You tell your politicians in all cities with a higher population of 13.204 to get a tram system. Why? Gmunden and the area in Austria (Europe) is the answer. This small town Gmunden and its villages have had its tram and light-rail line since 13th of August 1894. But now things are happening! This year was the very first year when these two systems got connected and the very first time since 1975 that trams runs under the city gates of Gmunden.

Stadtregiotram Gmunden is now expanding their classic line, which is known being world’s shortest tram line. Right now it goes to Franz-Josef-Platz. But once its finished and opened for daily traffic in 2018, then it will cross the bridge to Klosterplatz Gmunden where the other light-rail line got it’s last stop right now until next year. But in 2018, they will merge into one line. However, since 30th of March there has been test runs going on. Also a historic note happened on 11th of August this year when tram wagon named GM5 drove for the first time through Trauntor since 1975, which is Gmunden’s very known city gate. 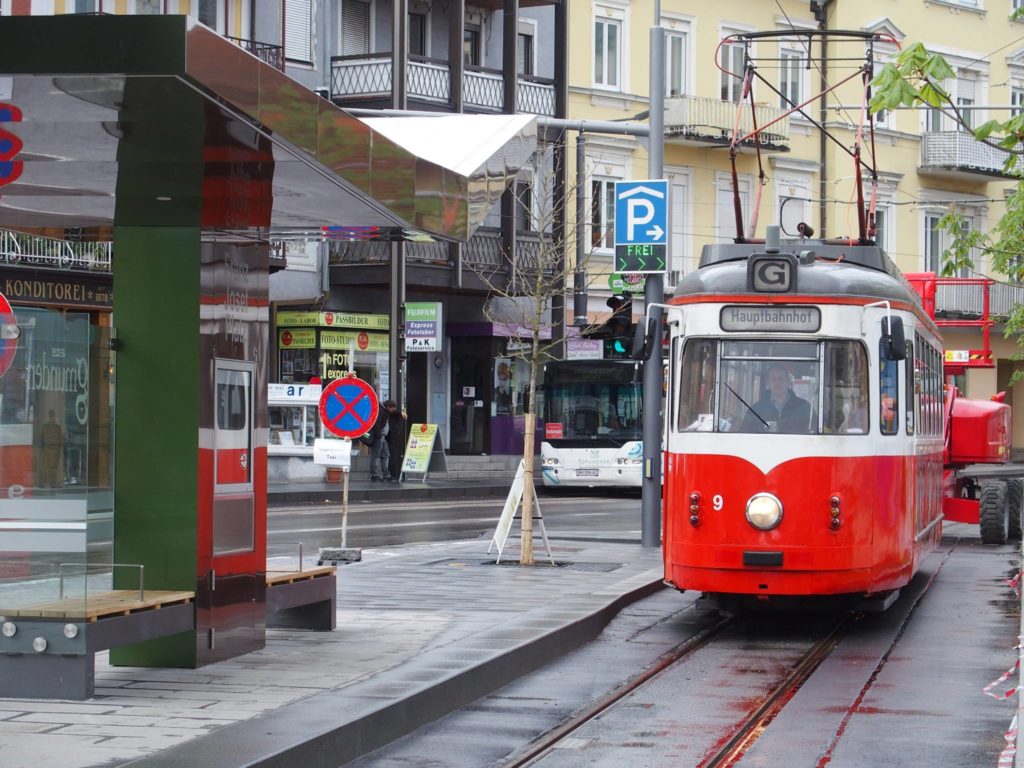 When I saw the news about that Gmunden light-rail have reached the bridge that soon will have trams on it in social media, I needed to have a closer look to this tram system and asked Stadtregiotram Gmunden, which kindly gave me answers.

I asked the main question to them regarding the project, how the schedules will be and what sort of pricing the  system got today?

The stadt.regio.tram in Gmunden is Europe’s steepest tram line with a maximum gradient of 9.6%. Right now Gmunden’s tramway is the shortest in the world with 2.3 km. Construction work is scheduled to finish in summer 2018. Then the tram line will connect Gmunden train station, Gmunden city and Vorchdorf. Within the construction work for the tram, Gmunden also built a new bridge (Traunbrücke) and renewed the canal system, electricity supply, gas network and some public squares like town hall square and Klosterplatz. With the new constructed zones for pedestrians, bikes, cars and trams in the city center, Gmunden hopes to increase individual traffic.
Allthough the extension of the tramline will be finished next year, Gmunden loves to take the tram to summer festivals already! You can also enjoy a romantic ride on the narrow gauge railway from Gmundener Seebahnhof or Vorchdorf after Kirchham. The “Bratlwirt” in Kirchham you get a hearty portion Schweinsbratl with dumplings and salad and a farmer’s schnapps.
About the schedule: On weekdays the tram will depart every 30 min from 04.00 (4 am) until midnight (every 15 Min in rush hours). On Saturdays and Sundays it departs every 30 minutes. I can’t give you exact infos about pricing because we are not responsible for that. But you can plan your journey with the Upper Austria transport authority (OÖVV): verkehrsauskunft.ooevv.at 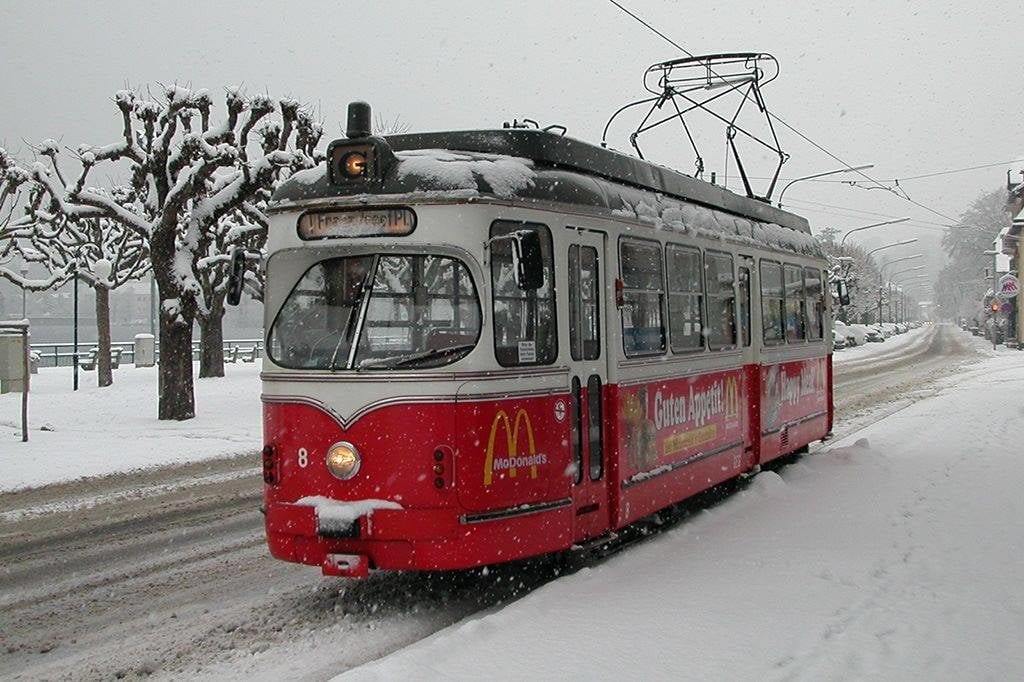 Then I continued asking more historic question. Why did Gmunden have so short lines? Why a tram line? Many cities with the size of Gmunden should build such trams for environment and health issues everywhere. We see cities like Dublin, Ireland, and Bergen, Norway where they introduced tram again that around it the pollution went down like 80-85% and the same with car traffic too.

The tram line is from 1894.. that’s very old. You choose to keep the tram instead of replacing it with buses. That’s pretty nice and a nice note getting into the article also.

Yes that’s right – 1894 there were no buses for the needs of the city. In this time Gmunden decided to built a tram because 2.5km from the train station to the city centre was too far to walk and a transportation was needed in rush hours. There were some ups and downs in the last centuries, but Gmunden decided to keep the tram and connect it with the Traunseebahn, the train between Gmunden and Vorchdorch. So the Stadtregiotram Gmunden has nowadays a special system: it’s an adapted train for the city and rural traffic (for example with special signals in the city and for the rural area). We even have a club in Gmunden “Pro Strassenbahn” (pro tramway gmunden) since 28 years with more than 300 members. They strongly support the project (i.a. with 100.000 € from private individuals – I think thats also very unique) www.gmundner-strassenbahn.at

This answer only proves that strong communities can do amazing things. Gmunden project to link the light-rail and tram over a bigger bridge in the city center is provided with €100.000 from individuals. So much love for a tram project as in Gmunden is pretty amazing and is something that other cities should think of. 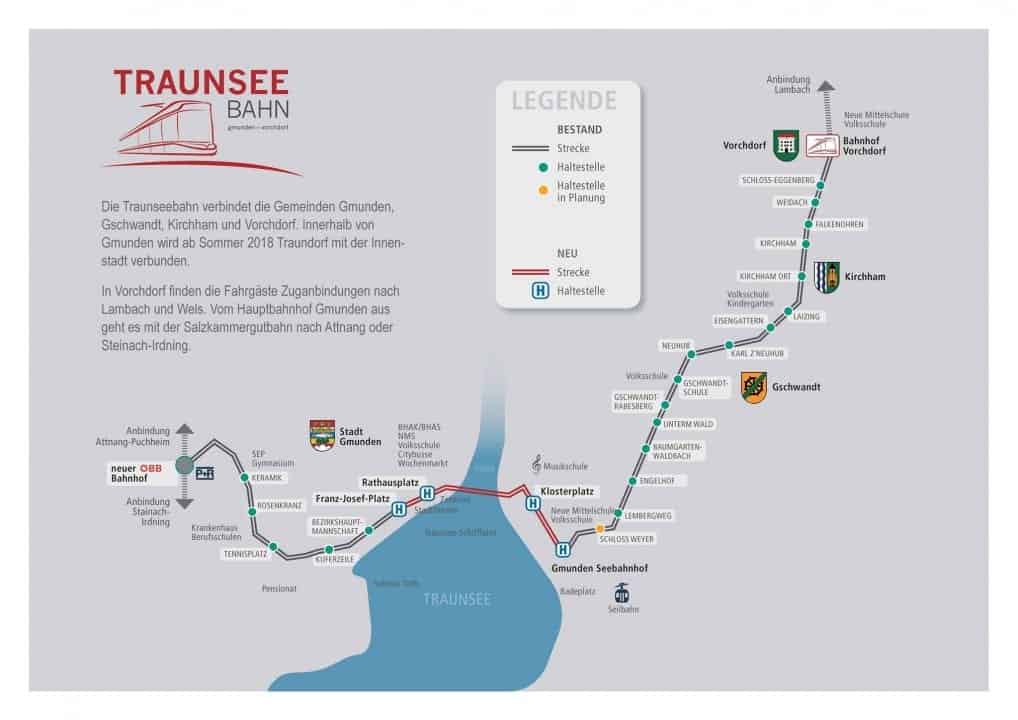 photosource: Stadtregiotram Gmunden – Map showing how far the new connected tram line will go. When the red parts on this map is completed totally by 2018, then the tram line is complete and will then no longer be the shortest tram line in the world. In fact it will be a light-rail with tram parts 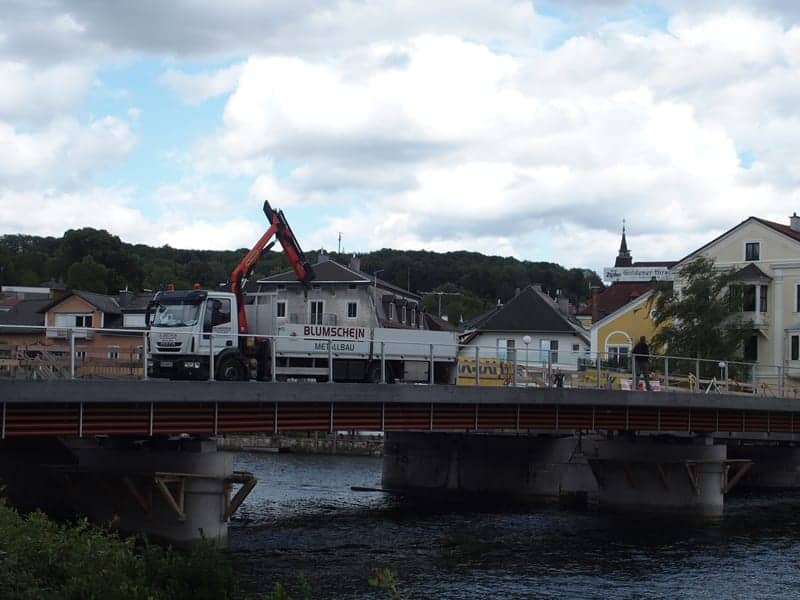 It shows how much the people of the town love their tram. It was Europe’s shortest tram line, but now it will mean something more even to the local area. It connects the railway and the light-rail completely when it will be done in 2018. This is an achievement to be proud of. For 178 years it’s been running up and down on one of the steepest tracks in Europe. And that’s even with ups and downs politically regarding it too.

On 30th of March 2017, you had a trial run up to Gmunden Bahnhof with the new wagons? Was this the very first trial service? So, when its done in 2018.. the line will run from Gmunden Bahnhof to Vorchdorf ?

This is correct. Right now the tram line runs from Gmunden train station Gmunden to the city centre and from Klosterplatz Gmunden (other side of Traunsee) to Vorchdorf. Next summer, those two lines will be connected and the tram will run from Vorchdorf through Gmunden city centre to Gmunden Bahnhof (connection to ÖBB trains / austrian federal/national railway system).

Indeed. We still have the trial running. We got very good feedback from people so we extended the trail. In the next few weeks the tramlink needs to go back to Vorchdorf due to services.

On 11th of August the tram wagon GM5 drove for the first time through Trauntor (city gate) since 1975.

The last question went on regarding the pricing of the new Tram route because this line will get some extensive length upgrade next summer for sure:

The Upper Austria transport authority (OÖVV) is working on the pricing right now. There will be some changes next summer.

Video showing the tram project on 30th of March 2017

New low-floor trams started to run on the old tram stretch on 30th of March this year. Together with the older tram wagons, it will be a really nice watch when everything is finished in 2018. Franz Josef Platz have also got a total makeup. 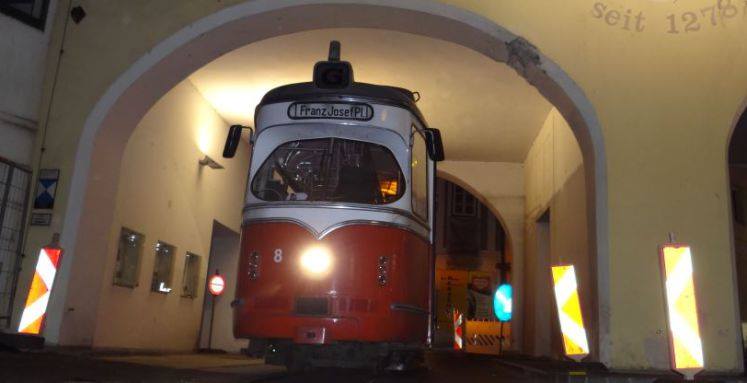 1836 Extension of the first horse-drawn railway in Europe (Budweis – Linz) to Gmunden
1855 Change of the horse-drawn railway to locomotive operation
1893 Commissioned by Stern & Hafferl to build the local railway between Rudolfsbahnhof and Stadtmitte
1894 Opening of the electric tram
1902 Traunfall-Kraftwerk supplies traction and lighting current for the first time
1912 Construction of the railway line Gmunden – Vorchdorf
1974 80th anniversary of the tram, a total of 23 million passengers of the “electric”
1975 By shortening the distance from the city center to the Franz-Josef-Platz, the tram loses its attractiveness and thus, above all, many passengers
1989 Tram just before the exit. The founding of the “Pro Gmundner tram” association to save the world’s smallest tram
1990 Preparation of the general public transport plan with the aim of re-extending the tram to the center
1994 The tram will be 100 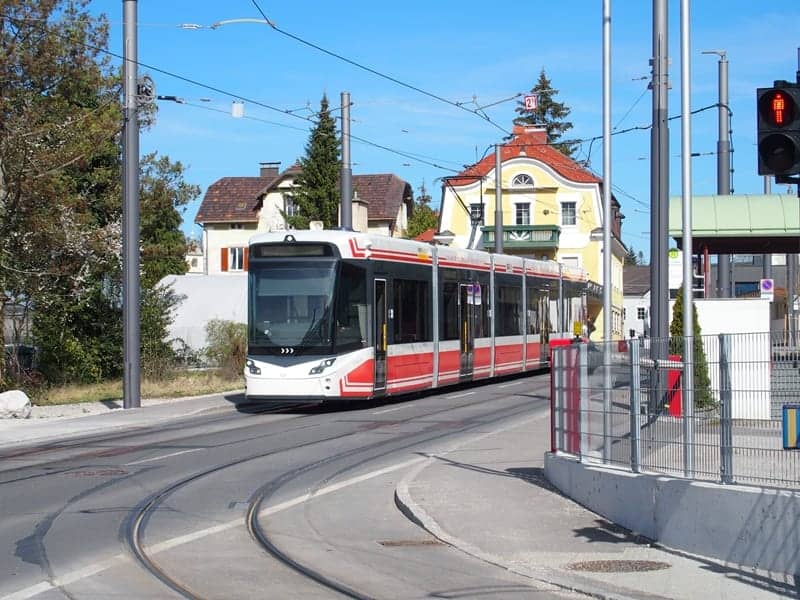 1996 Start of the project “Extension to the Town Hall”
1998 Publication of the renewal plans
2000 Project planning for the Traun bridge, demonstrations of computer simulation
2002 Testeinsatz of a modern tramway car from Nordhausen / D
2003 The municipal council unanimously decides to implement the project
2004-07 Rehabilitation of the existing stretch
2008 Presentation of the preliminary results of the planning of the route.
Very successful test use of a motorcoach of the Innsbruck transport companies on both routes
2009 Disclosure of all questions and answers to the tramway project of the association Pro Gmundner tram at several citizens’ events
2010 Completion of the potential analysis by office Snizek with the result of the doubling of passenger numbers, economic valuation
2011 In the course of the “Vision Gmunden” project, a large approval of the StadtRegioTram project was confirmed by the population
2012 Presentation of the stadt.regio.tram.-project before the decision-making body
2012-13 Public participation
2013 Decision of the overall project, the concession for the construction and operation of a tram and the provision of rail transport services from Gmunden Seebahnhof to Gmunden Franz-Josef-Platz
2014 Railway litigation – Relocation and construction of the Seestation in Gmunden as a preparatory measure
Announcement of the timetable for the expansion and official start of the project

2014 Commissioning of the new section “Seebahnhof – Klosterplatz” 13th December
2015 September – November: Construction of the section Franz-Josef-Platz until the moat crossing
2016 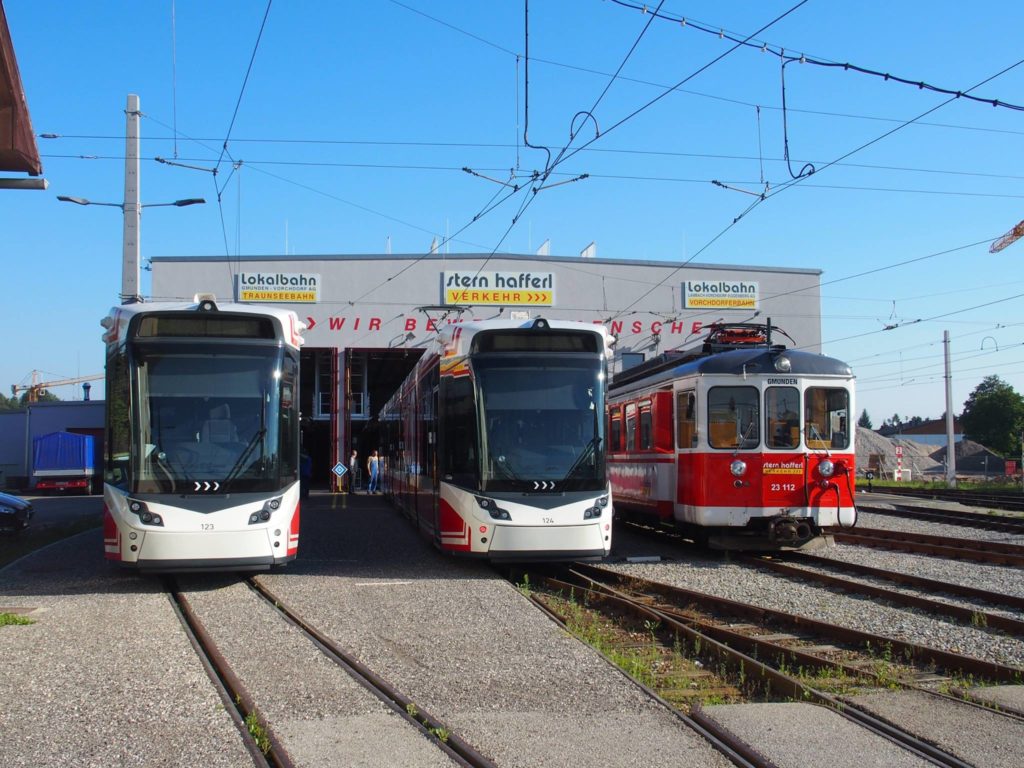 February – July: Construction of the section Grabenkreuzung to Rathausplatz

March: Start-up of the new vehicles on the Traunseebahn

September – November: Construction of the section “Rathausplatz” to “Trauntor”

October: Start of work for the new construction of the Traunbrücke

2017 Construction of the Traun Bridge (planned completion in mid-2018)

A very small city in Austria it is, but with the tram and light-rail, it connects more of the area for sure. The majestic Traunsee lake and it’s surrounding mountains is really something very unique. So, either you come to this place this year or next year. Here we have some links regarding staying in Gmunden and it’s an area.

We will be focusing on the Gmunden area more now until the launch of the new tram line that is sponsored and helped by the people of Gmunden. I hope that you liked this and Distrita thanks so much to Lisa Schmid for taking her time answering my questions. I hope that you also learned something from this article also. 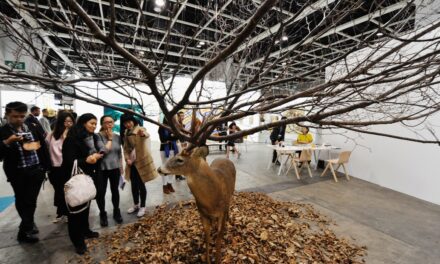 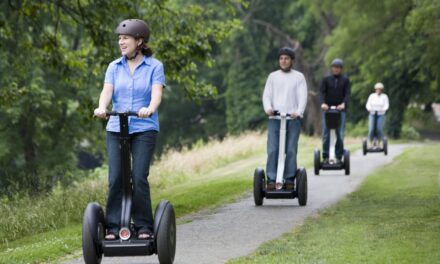 Segway becomes legal on 1st of July in Norway 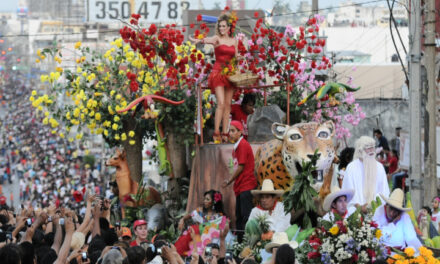 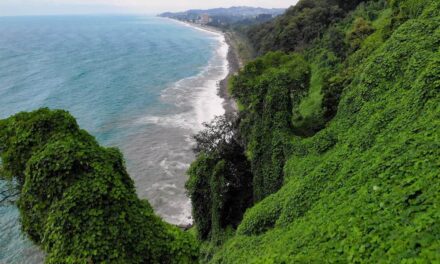