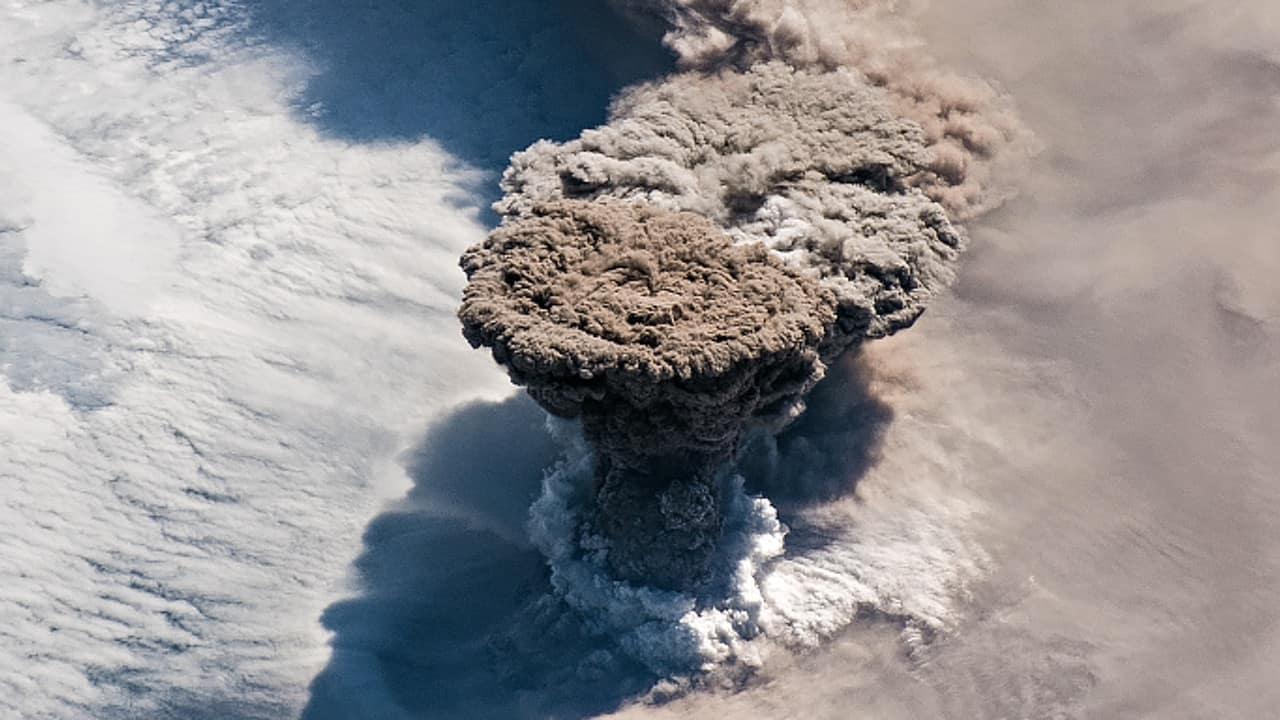 On the 25th of June this year, the Russian volcano Raikoke was still producing some ash plumes into the air. These were rising to a height of around 1981 meters (which is also 6, 500 feet).

The ISS astronauts saw these stunning moments of the Raikoke volcano’s initial eruptions and they found it worthy to be preserved for all to see.

The very First Raikoke eruption in a very long time

Unlike some of its perpetually active neighbors on the Kamchatka Peninsula,

Raikoke Volcano which is one of the very few vulcanos in Russia is located on the Kuril Islands that rarely erupts. The small, oval-shaped island had the last eruption back in 1924 which is even a few years before the second world war.

The earliest information about any eruption on this island is documented to have been happening back in 1778, which is many years before the first world war! 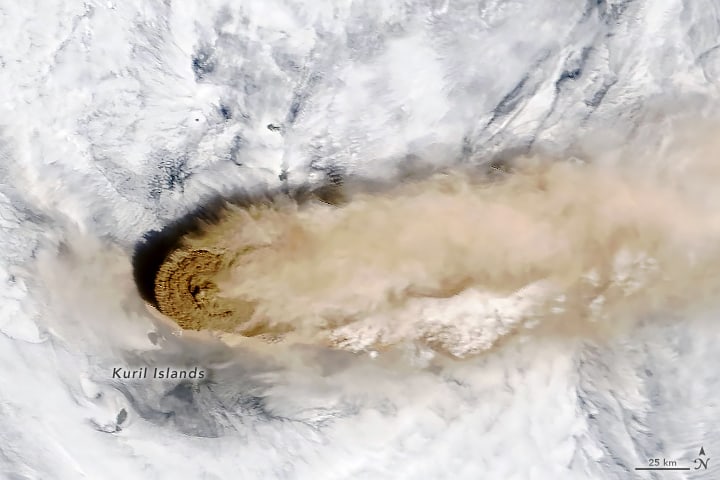 After 95 years. The Raikoke Vulcano decided to let them sleep be and wake up on the 22nd of June 2019.

The eruption started in the morning and ended at around 4 in the morning. It was all happening in its 700-meter-wide crater. Several satellites and even the astronauts at the International Space Station observed as a thick rose alike cloud and then it all blew east as it was pulled into the circulation of a storm in the North Pacific.

On the morning of June 22, astronauts managed to take a photo of the volcanic cloud with lots of rocks and dust rising.

After so many years of sleep. The crater had collected lots of dust and rocks. So when the volcano decided to finally wake up. The eruption became bigger just because of that.

The Vulcano is documented by several satellites, which managed to see nine explosions. Six of the explosions occurred within the very first 25 minutes, according to a report by the Smithsonian Institution’s National Museum of Natural History’s Global Volcanism Program. 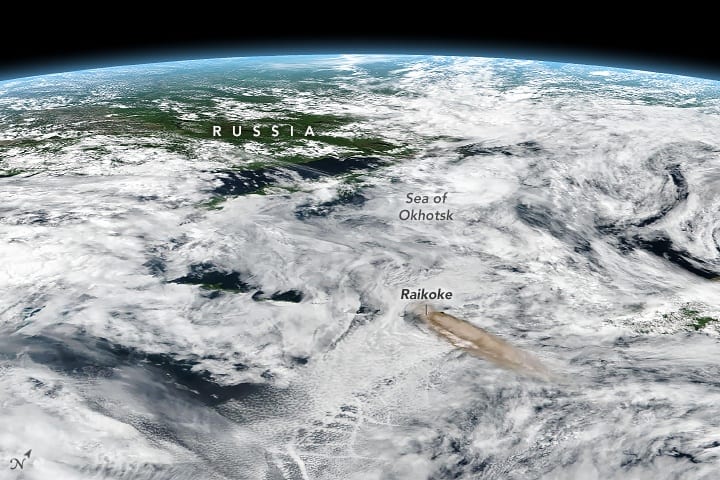 Russian Volcano on the Kuril Islands

Hokkaido is the northernmost Japanese island. But north of it, there is an island named Raikoke. It is an island that is part of the Kuril Islands, which is an archipelago that stretches between Russia’s Kamchatka Peninsula and Japan’s Hokkaido.

In this region of the world no humans live on Raikoke, but volcanologists keep a close watch on the latest eruption because it reached the stratosphere. Many flights is using this airspace for flying. So it is understandable that the airports in nearby was worried. But with correct info about the Vulcano eruptions. They can calm down after knowing that this one was a very small one.

Because of the height that the cloud reached. If the eruption would be bigger it could have a bigger impact on the climate.