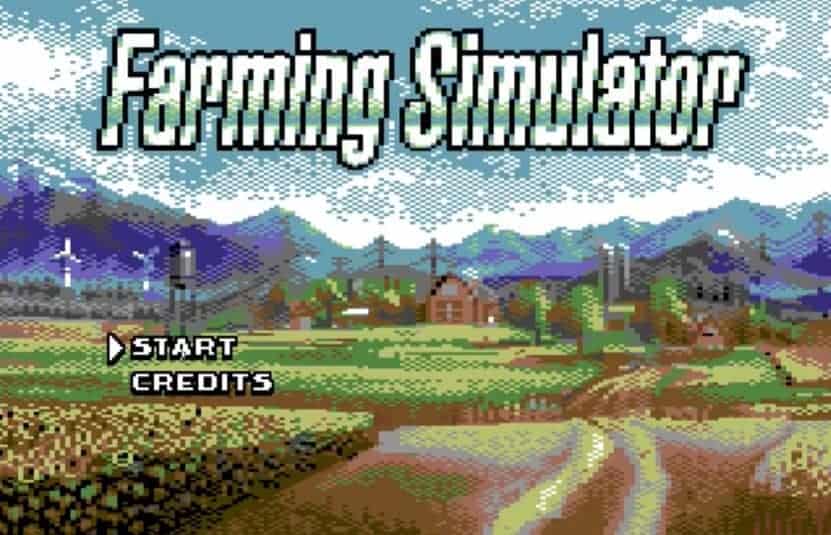 Farming Simulator is a known game in the PC world. It’s a simulator where your task is to be running a farm. From before, Commodore 64 is getting a demake of Portal. Also Limbo is coming to the Commodore 64. So, to see this coming for worlds best selling computer of all time. We bow for the developers that made this happen.

The developers of the Farming Simulator for PC clearly had a love for the C64 as one of the employees got a friend in the C64 scene. On Indie Retro News, they have revealed that this commercial Commodore 64 game will be released together with the Farming Simulator 19 for PC. The Commodore 64 version of the game will be released on a disk image in D64 format.

Although they also plan to offer the Commodore 64 game sometime as a separate game release from the Collector’s Edition, which is really cool! It’s so awesome to see that this retro computer from Commodore gets some real Love!

So what can we expect in terms of gameplay?

Clearly there’s a lot of work that is put into the C64 version of Farming Simulator. In the video below here we can see that it isn’t just fully playable with various vehicles to control, but you can plough fields, sow them, harvest with a harvester and even sell your goods to buy more gas.

All controls is done by using the Joystick, with smooth scrolling landscapes, and details vehicles composed of several sprites. There are some limitations to this version. It’s not in full 3D as in the PC version. You only get one sided bird-view angle. Also, the game only allows a maximum of two machines can be displayed simultaneously on the screen! But despite these limitations. Everyone having a Commodore 64 will have a totally new game to play! Farming Simulator for Commodore 64 looks pretty awesome! The fact that they bothered releasing this game for C64 is worthy enough.

The full release of Farming Simulator will happen on November 20th! Both PC and C64 version in the same release!

Distrita also wants a big thanks to Indie Retro News, which is one of the best sites with info about everything that is Retro related.