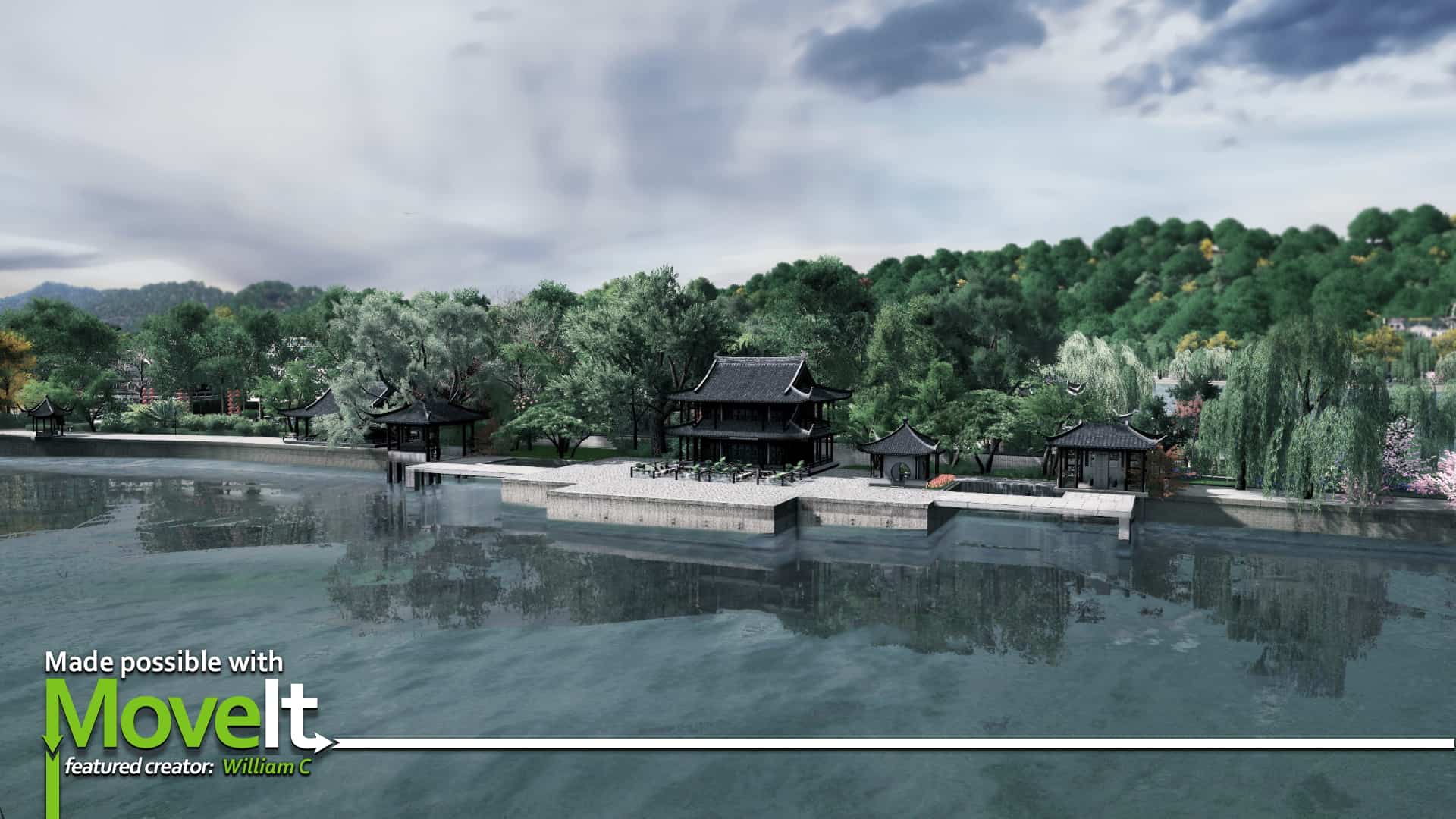 “The finest city builder in over a decade, Cities: Skylines’s few flaws are so minor I only noticed them after hours of enjoyment.” Did the reviewer play the vanilla game? Maybe not so as Cities: Skylines without the MODs halts the enjoyment a lot.

Building the city of your dreams without MODs in Cities: Skylines is really pain and when the newest Airport DLC came tons of MODs stopped working. So, I’ve decided to give you a list of them. Beginning with Move It MOD.

This is a “must-have” mod. You get a long way by getting this mod as Move It lets you adjust almost anything in the game. Move It should be built-in in Cities: Skylines from the beginning. It is a very powerful one and a reason I would say that Cities: Skylines should never be purchased for a console unless you’re fine with the vanilla game.

If you want to get assets made using Move It. Check out allbuilds.org – It is recommended by the Move It author. It will also help you a lot when building the airports in the game. The airports will look better with Move It. Its that good! Read on why,..

What can you do with Move It?

With the Move It mod, you can move and bend roads. You can lift, copy and paste objects. You can make your city look really good. The vanilla game tends to not allow you to make the city as you want. Move It helps you a long way.

This mod allows you to select, move and align various things. It is tested and it works nicely with the newest Airport DLC. If you do experience issues with it. Try to remove it and add it. Move It is compatible with Cities Skylines 1.14 (25th January Update).

This MOD is compatible with Airport DLC

Any issues with Move It MOD and Airport DLC?

I have been playing Airport DLC since the launch of it on the 28th of January. I made sure to unsubscribe all, then add the most important MODs I was using. I haven’t seen any issues so far, but then I’ve followed some steps:

1) I followed forums and groups on social media to make sure that everything would work. Most of my cities that were made with lots of mods stopped working because Harmony 2.0 MOD stopped working with the Airport DLC.

2) Because the MODs don’t follow the path of the developers. It is always important to follow what Paradox is doing. MODs work mostly with the version they are made for, but when the developers chose to update you can get issues. This is why when huge updates like Airport DLC come out.

3) This is rather tips, but it makes you get less angry when something breaks in Cities: Skylines updates:

Shortcuts that you Should know when using Move It

Mouse Controls When moving objects with the left mouse button:
– Hold Alt to switch snapping (objects snap to the roadside grid).
– Hold Shift to move objects in low-detail mode (to improve the framerate). This can be enabled all the time in the options menu.
– Hold Control for precision mode, where movement is lower sensitivity and the selection overlays are hidden.

When rotating objects with the right mouse button:
– Hold Alt to rotate the selection in 45 degrees increments
– Hold Shift to rotate objects in low-detail mode (to improve the framerate). This can be enabled all the time in the options menu.
– Hold Control for precision mode, where rotation is lower sensitivity and the selection overlays are hidden.

Tip: Hold control and the middle mouse button to move objects even if you don’t click on a selected object – handy for those ultra-detailed places.

Use Page Up and Page Down to move objects up and down. For Mac keyboards without Page Up/Down buttons, use Fn + Up/Down Arrow. Prop Snapping is required to move props vertically. If this does not work, please press Number-Lock and try again. To raise or lower roads and other networks, you need to select the nodes.

If you hold Shift and Alt objects move by 1/64th of their normal speed, to help avoid surface clashing. Note: This is unreliable with props as even with Prop Precision their detail isn’t precise enough.

Including all this. Move It also includes undo (Ctrl+Z) and Redo (Ctrl+Y) feature for all actions. These are actions done in the game using Move It mod. Other actions won’t have the same effect.

What sort of MODs can be used with Move It?