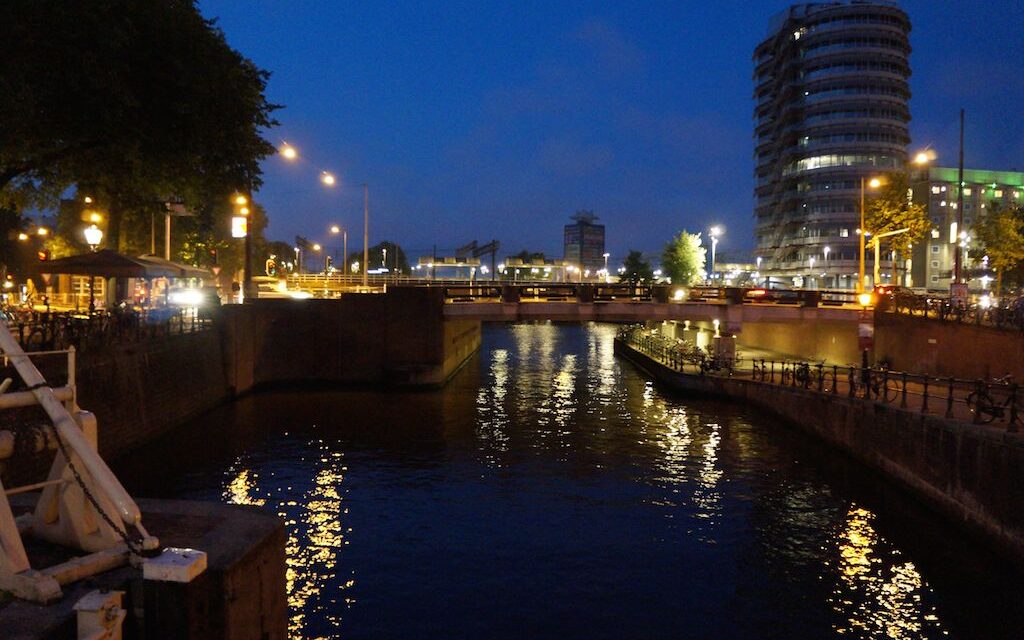 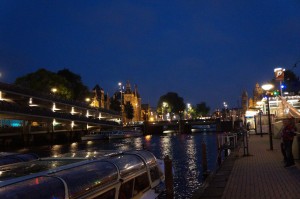 One of the bigger canals during Night time

In todays TravelWorld, I take you to Amsterdam. The capitol of The Netherlands and a fantastic canal, bike, cheese and pancake city.

What to do in the Night?
In Amsterdam I noticed that the city had lots of different restaurants and fastfood restaurants. These are great places for social time. Also, I found plenty of pubs with lots of people. The popular cake (hasj) stores were also alive during night time everywhere. You can really smell the cake store smell in almost every corner of Amsterdam, but its something that you will get used to.

If you’re not a pub person, you will find Amsterdam a safe city to walk around in the night. Also Amsterdam got cinemas and theaters where the main language is often English. Especially the cinemas. They do subtitle in Dutch, but you can easy understand if you know English or American fairly well.

The People of Amsterdam
Amsterdam is full of canals and living nightlife. The Dutch people seems to be friendly most of the time, but this city also got a big city syndrome, which it shares with many capitols and bigger cities in Europe like Paris and München. People are a bit too self orientated at times, which can result in frustrations for tourists. Some people just push you away, while others do help you and help you more than required even.  Amsterdam is mild compared to Paris and München in Europe though, but at times when we asked people about places they just passed by. At other times, they were very friendly. What causes this, I have no idea. Interesting anyway. 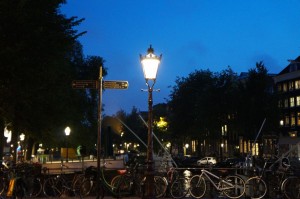 Prices Here and There
As I am from Norway and live in the most expensive city in the world called Oslo, I think I have to say that Amsterdam is cheap but not the cheapest. You certainly don’t need to pay over 10,- EURO for a bigmac meal but some of the restaurants can have higher prices. Especially the Indonesian restaurants. They usually open around 17.00 in the evening and closes around midnight. My wife which is from Indonesia says that the prices is pretty stiff. But Amsterdam got Indonesian restaurants, which Norway doesn’t at the moment as this article is written. 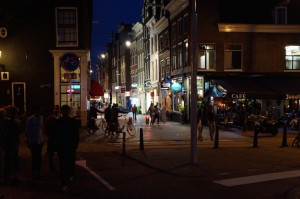 One of many Walking streets in Amsterdam

Public Transportation in the Night
Taking the public transportation around Amsterdam is nice, but they all end around 00.30 and starts again 06.00 in the morning. Just notice that you have to validate your travel card when enter and leaving a public transportation vehicle. Also a interesting thing, you can buy tickets from a salesman inside the trams. In Oslo they stopped doing this in 1980’s. Is this done because of history or something else?

The end Words
The images are taken with a SONY AX3000 camera and I think that I got what I wanted. The night were warm and nice compared to Oslo where I live. Also to walk around seemed to be safe. In Oslo we have lots of fights at pubs because of people get drunk in a negative way. In Amsterdam I checked this out, but didn’t find any on my 2 hour night walk. 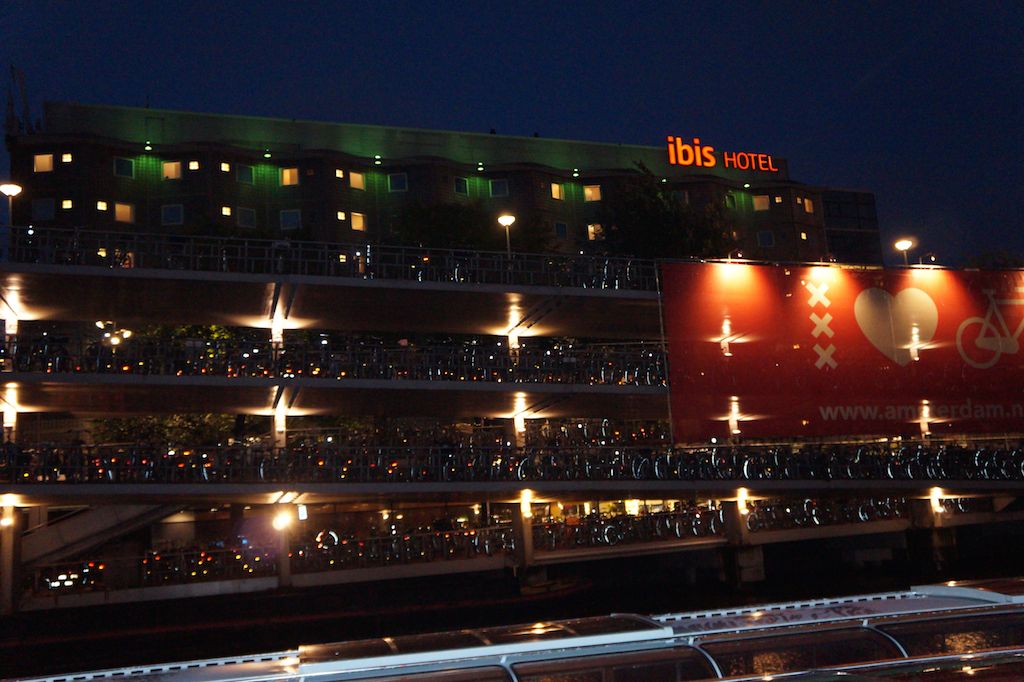 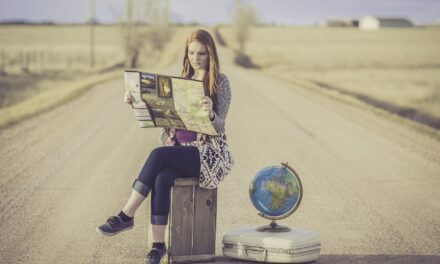 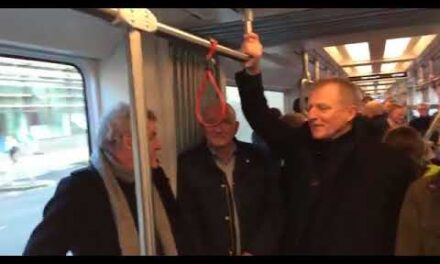 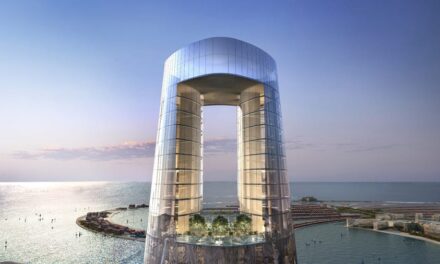 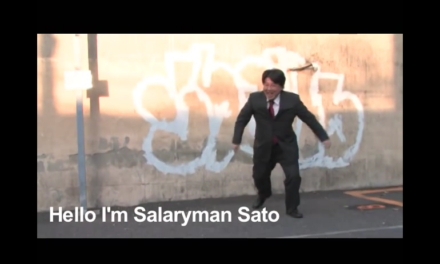