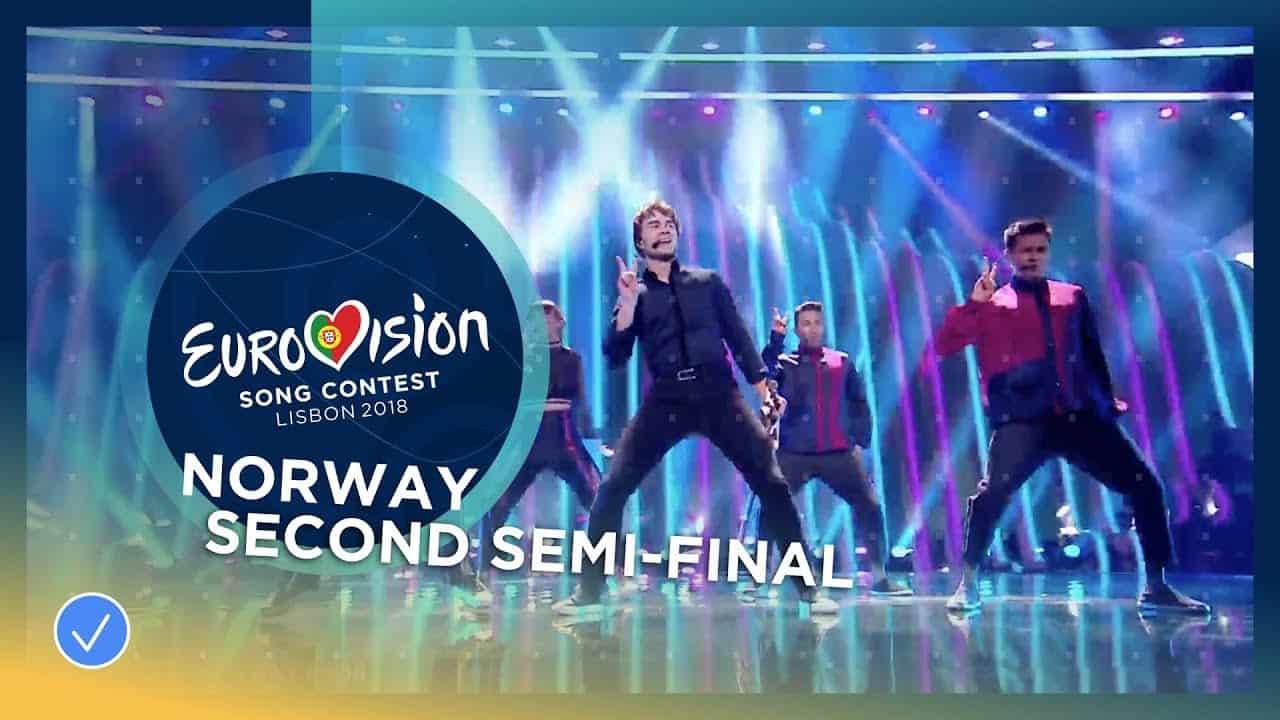 The result is ready – the 2nd semifinal is over: Alexander Rybak is one of the 10 finalists on Thursday going directly to the main final on Saturday, representing Norway. He won Eurovision Song Contest already in 2009, and now 9 years later he is ready to join the world’s biggest song competition again. According to betting sites he is very popular and is already now in the prestigious Top 5.  If the betting sites were right these would be the result on Saturday after the Eurovision Final:

It would be exciting if the Eurovision winner from 2009 would win again 9 years later. That would be a historic moment. But let’s be realistic – is Alexander Rybak really as good as the first time? Well, there are many great performers this year, and his new song “That’s How You Write a Song” lacks the Norwegian folklore elements that Europeans loved and voted for in 2009. The new song is a bit more “up tempo”, more dance, but still touches humor, happiness and charm. The question I would ask is: Is this a modern pop song? Or could it have been produced some years ago? We still love the moments where he play violin, but this part is relatively short – and that is sad.

Except of Alexander we really liked Australia’s singer very much, Jessica Mauboy. She performs the song “We Got Love”. Australia has only participated 3 times in Eurovision, but due to very high popularity in Australia, Eurovision is broadcasted over there and they love to watch it live Sunday morning for breakfast! Australia has been ranked very high in the final all the 3 times, and we think this will happen this year too.  Mauboy is a charming and talented woman with an impressing voice. Unfortunately the betting lists are not on her side yet, and she is number 16 right now.

We like that Eurovision 2018 brings even new genres of music to the show.  This year you find country rock and even heavy metal music. We loved Poland’s song: Gromee feat. Lukas Meijer – “Light Me Up”. They deliver a great performance and the sound is new and modern, a bit like David Guetta and they are catching the attention of the audience very well. Unfortunately they were disqualified in the 2nd semi final. Still they are very popular and have more than 11 million views on Youtube.

Every year the home country from last year’s winner is hosting the next year’s final. This year Eurovision Song Contest is held in Lisbon, Portugal.  Want to give some creds to the Portuguese TV Production. They have chosen 4 beautiful and talented women to host the 3 marathon shows. Very often we have found something to criticize, like how their pronunciation, the mid-time shows and so on. But it seems like they have chosen hostesss with very well English skills and they have already delivered 2 very good semi finals. We are excited to follow the super final on Saturday at 9pm European time. Get ready for more than 3 hours and 25 countries to participate and only one participant can win the entire show! Good luck on Saturday, and must the best man or woman win Eurovision 2018! Here is the complete list order of participants in the Grand Final on Saturday.

Check out why we will never forget Eurovision 2020