A Trip on the Light Rail in Arizona 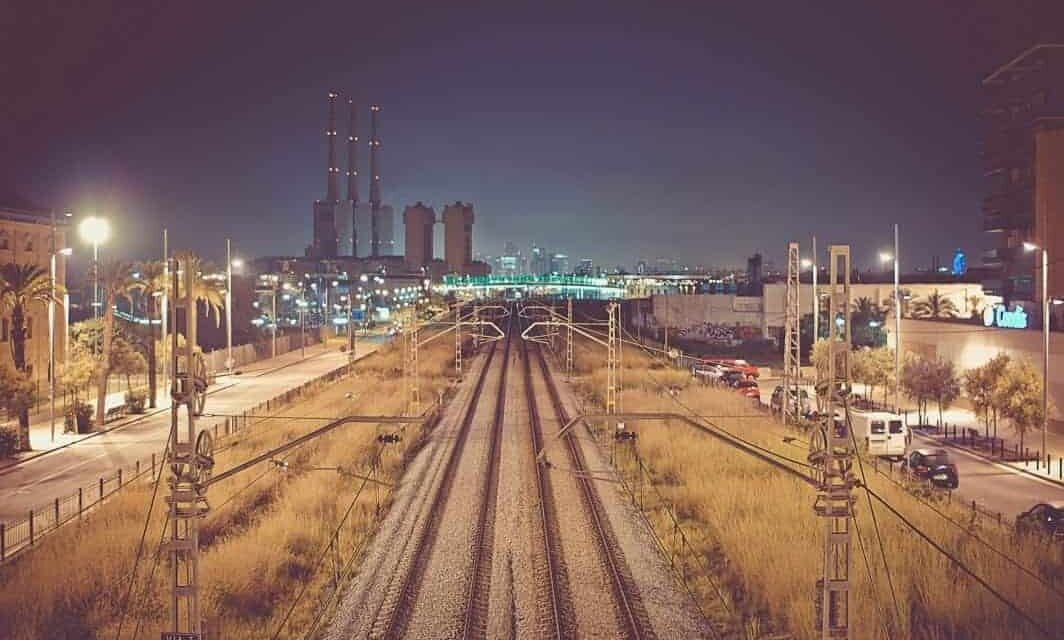 One may embark on a delightful rail ride through the heart of Tempe and Phoenix, Arizona by taking advantage of the newly opened Light Rail System. There is simply nothing that can prevent a local personal bankruptcy like using a Light Rail transit line instead of siting hours in a personal taxi or even your own car in miles of queues.

Escape from bankruptcy by not needing to pay for Expensive petrol, toll plaza and Car wash

The twenty mile trip from end to end takes approximately 60 minutes. There are 26 stations along the way with a train departing roughly every ten minutes during peak hours and every twenty minutes during off-peak hours. Each car holds over 200 travellers. The fare is currently $1.50 one-way and $2.50 for all day. Eight Park and Ride locations have parking for 3,324 vehicles. These rides reduces the need for the car around the light rail line by 75%!

The journey begins on the western edge of Mesa at Main and Sycamore Streets, just one block from Dobson Road. The rail proceeds west, transitioning from Mesa to Tempe along what was once, in the pre-freeway days, a major route carrying traffic through Central Arizona from California to points East. Many remnants of that bygone era remain in the form of run-down motor cottages, abandoned gas stations and cheap eateries. The hope and dream is that the presence of the light rail will foster a renaissance for the area.

Reaching Arizona State University Campus without needing to think of petrol, washing the vehicle or even warming it up after a cold Night

Soon the scenery changes to reflect the approaching Arizona State University Campus. One is struck by the number of fast food restaurants, ethnic cafes and apartment buildings existing on the outskirts of the campus itself. As the train makes an easy turn onto Rural Road, the vastness of the campus becomes apparent as several major buildings come into view. The railway passes next to Wells Fargo Arena and Sun Devil Stadium which will make the railway a convenient and festive method of transportation for attending athletic events at ASU.

The next stop is at Third Street on Mill Avenue in downtown Tempe providing a gateway to myriad restaurants, bars and shops as well as a burgeoning residential population. From the Third Street station, the light rail proceeds across Tempe Town Lake offering spectacular views of the lake, the downtown skylines of both Tempe and Phoenix and of the Papago Buttes nearby. 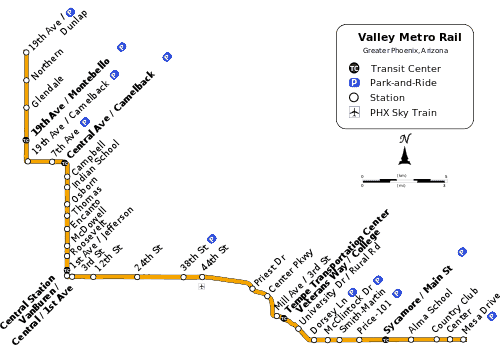 After departing Tempe, the track heads west toward downtown Phoenix along Washington Street making a stop to connect with shuttle buses serving Sky Harbor Airport allowing air travellers to avoid the necessity of parking at the airport. The train then moves into downtown Phoenix with stops near Chase Field, US Airways Arena and the Phoenix Civic Center making access to these major venues extremely convenient. The rail also will provide transportation to the central city for hundreds of daily commuters who work in the downtown area and for students attending the Downtown Campus of Arizona State University.

When the railway reaches Third Avenue in downtown Phoenix, it turns to the north and runs four miles to Camelback Road serving the transportation needs of a large number of commuters who work in the high-rise office buildings along Central Avenue three blocks to the east. It turns west on Camelback to 19th Avenue and then north to Bethany Home Road ending in the vicinity of Christown Spectrum Mall which features a variety of dining, shopping and entertainment facilities.

The light rail system serving Phoenix and its Eastern sister cities of Tempe and Mesa, is more than a novelty or a way for rowdy sports fans to attend their favorite games. It is confirmation that Phoenix has arrived as a true metropolitan area offering the best and most modern transportation available and is ready for the future which promises more rapid growth and development demanding modern transportation modalities.

Nancy Niblett is a highly successful Real Estate Agent focusing in the Chandler area. She credits her success to hard work, integrity and honesty. Clients continue to refer her over and over again. Nancy is one of the most successful award-winning agents and currently with West USA Revelation. She was awarded the Silver Top Producing individual agent in 2004, Double Gold individual in 2005 and the annual Spirit and Integrity award in 2005 and 2006. Her most cherished moment was bestowed on her in 2006, the Regional “Culture” award, which is the highest attainable honour given. 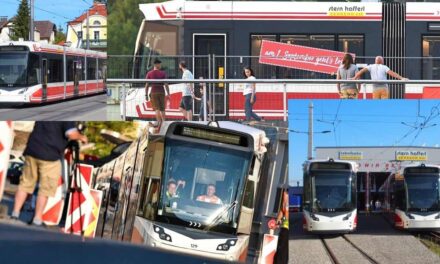 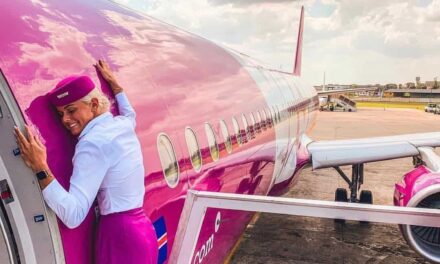 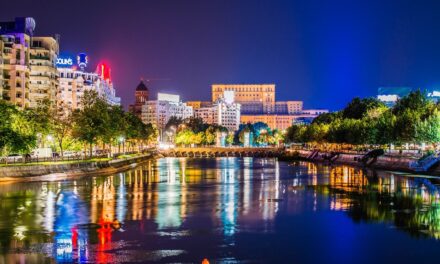 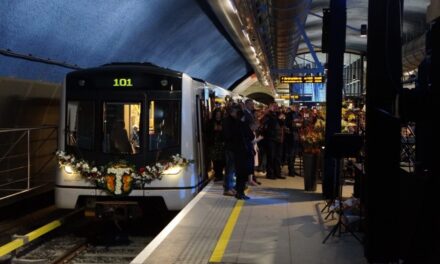