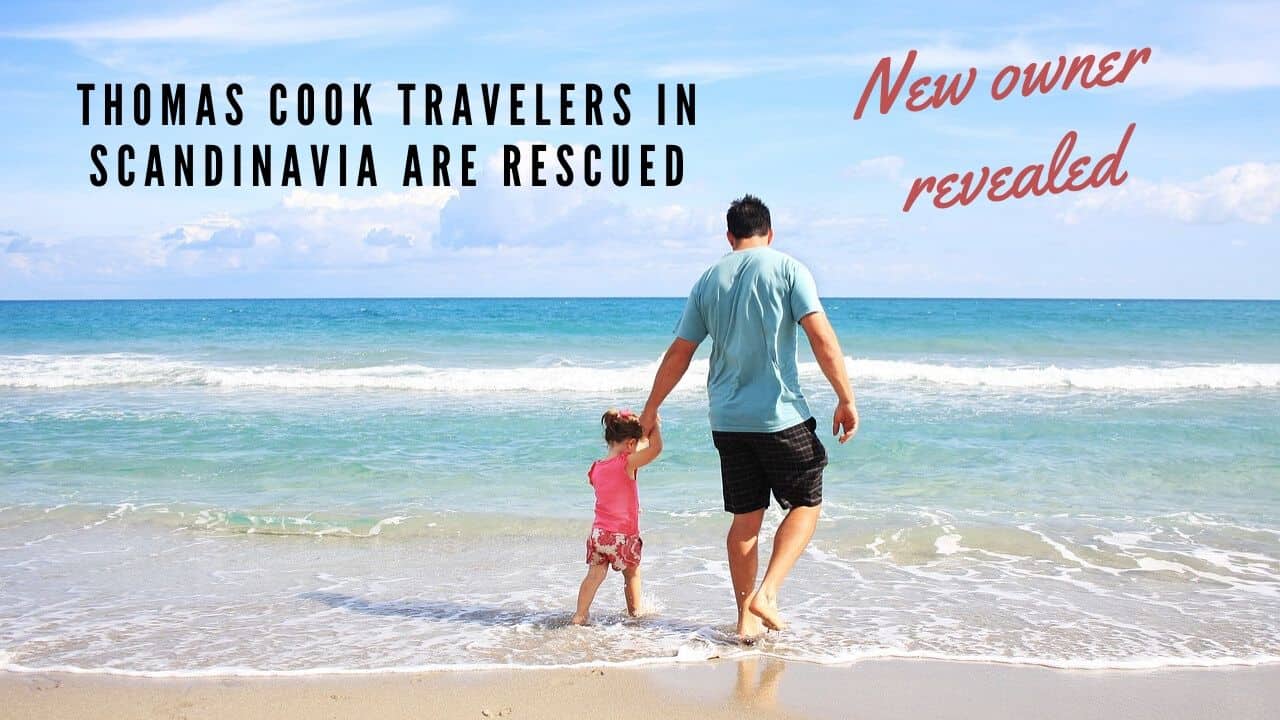 You may have heard that Thomas Cook went completely bankrupt in September, but their Scandinavian department has actually been saved! In advance, nobody had even mentioned the famous hotel entrepreneur Petter Stordalen as a possible new owner of Sunclass Airlines (the old Thomas Cook Scandinavia) and Ving. Instead of him, the media focused on whether the Swedish-British Triton or the Chinese Fosun Group that already owned 15% of Thomas Cook could be the new owners of the Scandinavian Thomas Cook organization. 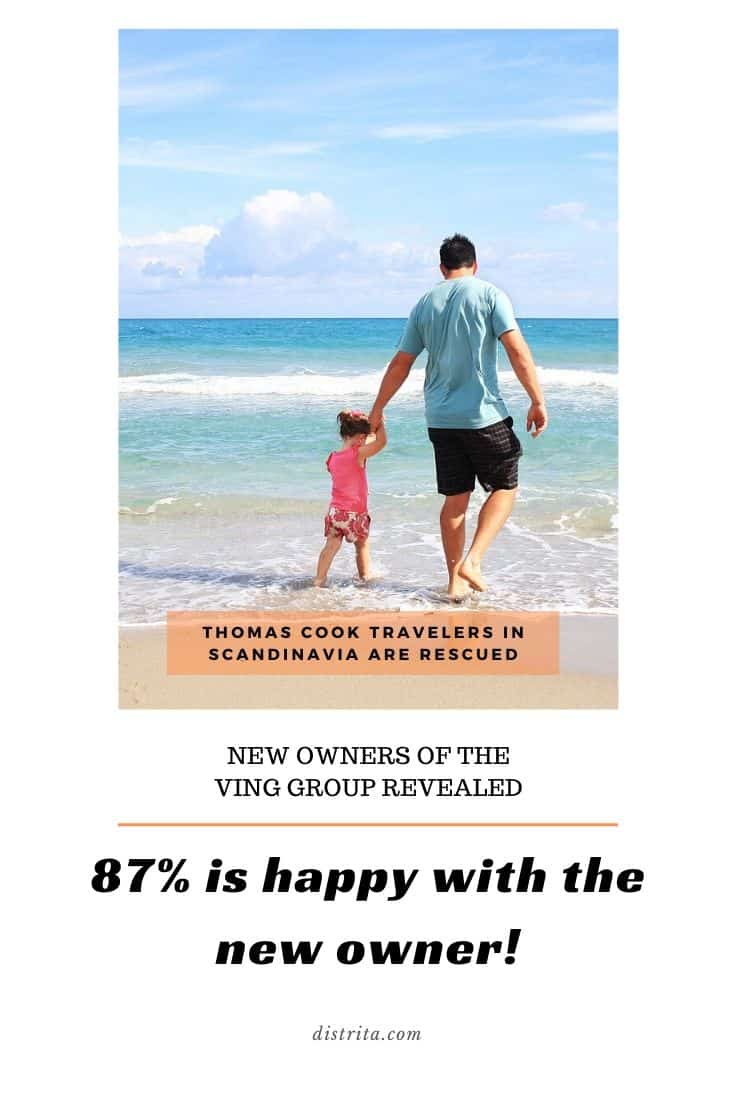 Strawberry Group (Stordalen’s company) and Altor buy 40 percent each of the company, and TDR Capital buys the remaining 20 percent. 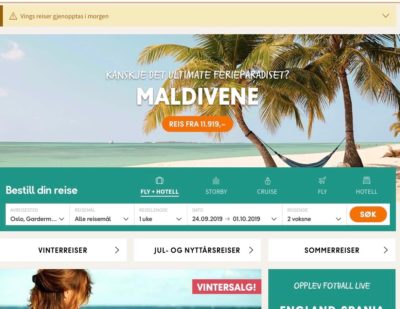 Ving’s website closed down all sales and travel offers one day after the bankruptcy, but after almost 24 hours of crisis and secret meetings, the company could reveal that the Scandinavian department would be back in the sky flying already from the next morning.

Who is Petter Stordalen?

Petter Stordalen is a Norwegian businessman, hotel and property developer, and self-proclaimed environmentalist. He has an estimated net worth of US $1.3 bn according to Forbes list of billionaires 2019 stemming from investments in hotels, shopping centers, and properties. He is well known for his enthusiasm and happiness in almost everything he is doing. He is married to Gunhild Stordalen that works for the sustainable food organization EAT and is fighting hard for her life-threatening illness. 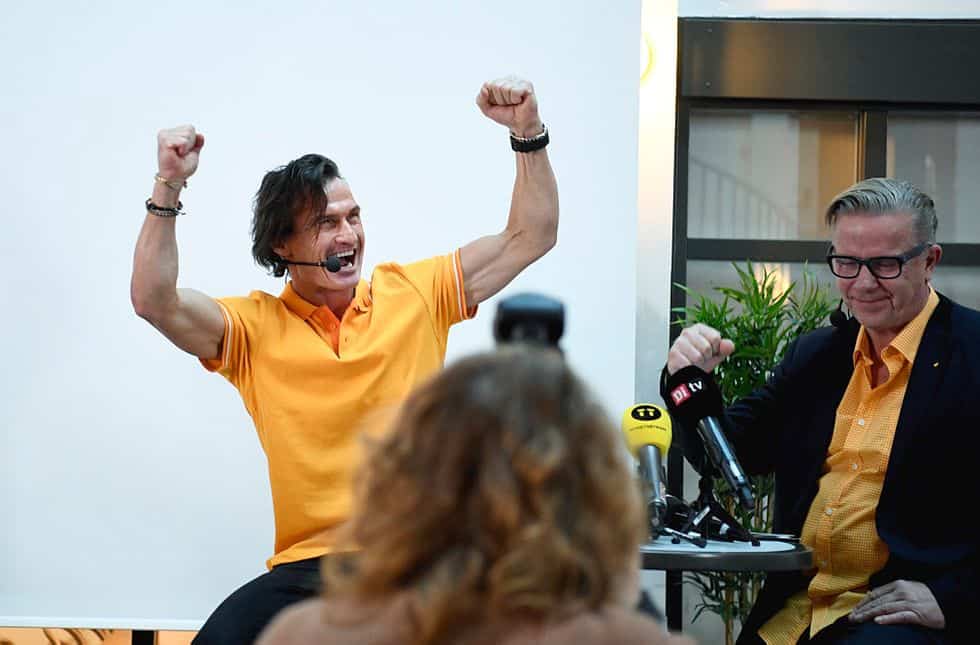 The new owner is going to take the entire bill so no Scandinavian travelers will be affected by the current bankruptcy. – 2 billion were gone. We provide a guarantee! We take the entire bill. We are here to fulfill all the travels no matter what. The customers can rest assured that we will take them to their holiday destination as well as coming back home afterward. We saw this opportunity from the first day, while everyone else thought it was impossible. We were the only ones that worked on reconstruction that assured a full solution, Stordalen says. He names this rescue “Operation Bernie” as one of Ving’s mascots are named Bernie, part of kids’ entertainment show “Lollo & Bernie”, performing in most of Ving’s own hotels.

The famous Norwegian blogger Caroline Berg Eriksen has written about Lollo & Bernie in her blog:

One of my favorite things about Sunwing Hotel at Arguineguin is seeing how much the kids enjoy themselves. It is a fantastic program for the little ones here who have something to look forward to every day, and the mascots Lollo & Bernie have a lot to do with it – even I can do both the saw and the dance after 14 days here! 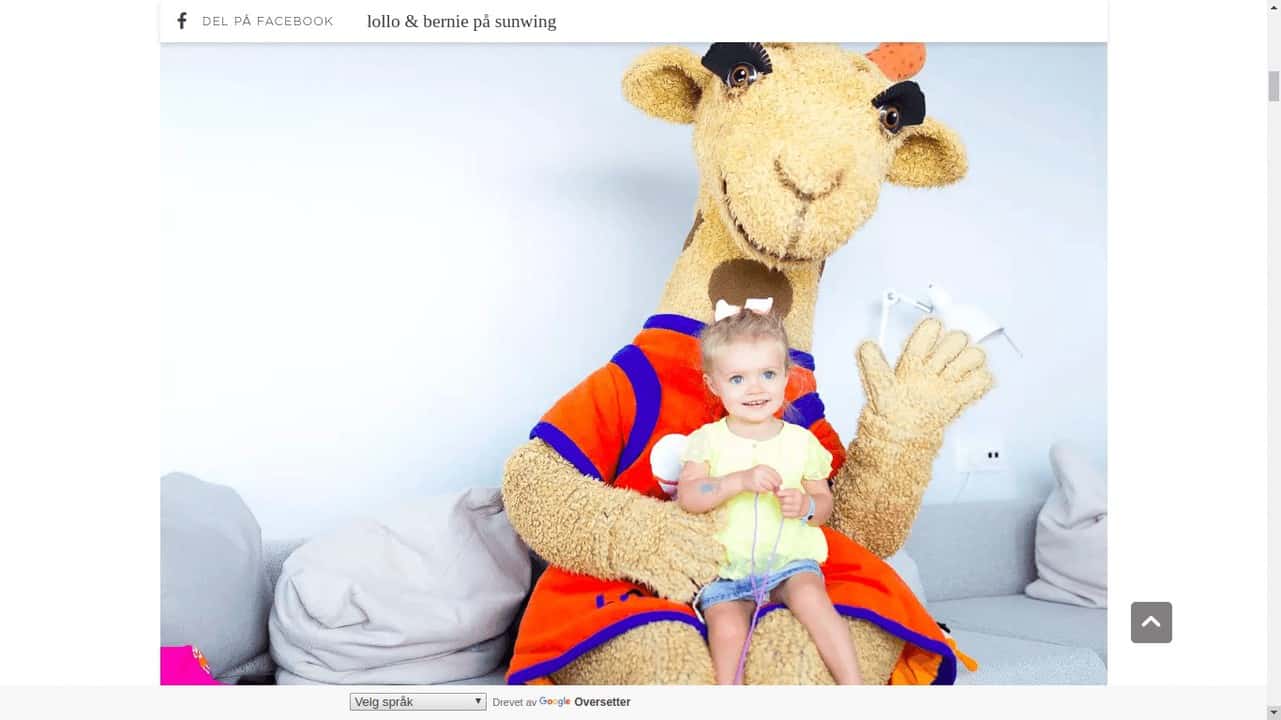 New owners with unique opportunities together

Operation “Bernie” is a good name for this rescue indeed. Stordalen admits he has used much of his “heart” for this decision, while his partners in Altor and TDR have lots of “brain”, so it will become a perfect combination. The other investors are the owners of Hurtigruten, explorer cruise ships that sail along the Norwegian breathtaking Western coast of Norway. Many experts think the new owners will achieve many new opportunities together. It’s a win-win situation for many businesses in the travel industry today!

Ving is the biggest charter holiday company in Norway, while Tjæreborg, Globetrotter and Spies are among their other Scandinavian partners. They bring Scandinavian families and groups to sunny destinations around the world and the simplicity is their main concept. If you book a charter holiday, you don’t need to worry about anything at all, as they have their own planes, buses, hotels and even dedicated staff operating as guides taking you all the way to the destination. You can imagine how welcome a concept like this is for Scandinavian people that are used to cold weather. One or two weeks on a sunny destination means a lot for these families and may easily be the best time of the year! In a poll on the Norwegian online newspaper, Nettavisen, 87% voted very positively for the new ownership in Ving. They think Stordalen will be a great owner of the company. 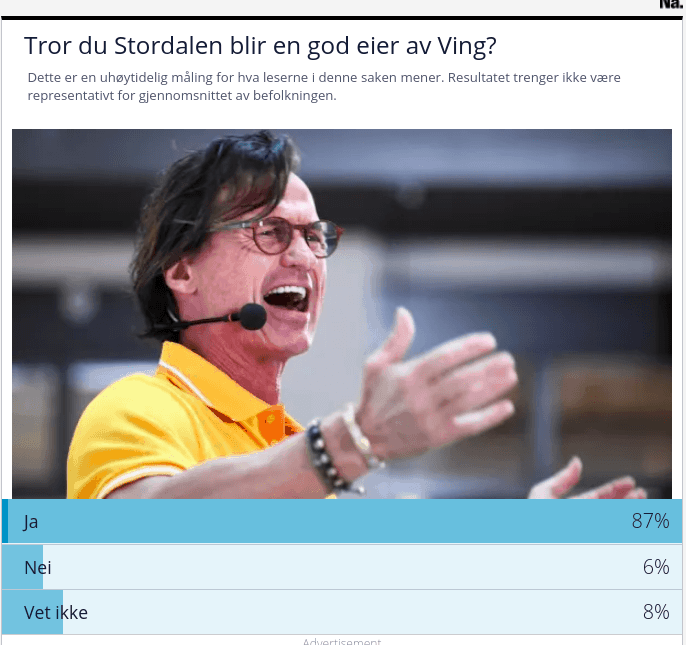 Facsimile from Nettavisen’s poll. “Do you think Mr. Stordalen will become a good owner of Ving/ Thomas Cook Scandinavia?”

Ving’s airline Thomas Cook Airlines Scandinavia will change the name to Sunclass Airlines, according to E24.

Thomas Cook’s Nordic airline has a fleet of 11 aircraft: 7 Airbus A321–200 that can be used on short- and medium-haul routes, as well as 4 Airbus A330 long-haul flights. Long-haul aircraft have an average age of almost 20 years and are beginning to grow very old, while the other seven have an average age of almost eight years. – For the airline, it will be important to see exactly at what tempo we need to renew the planes, what planes we will have and how much fleet we will have, he says. All the business will be transferred to a new company, where the transaction involves a combination of the acquisition of the entire company or the assets of certain companies from the former legal structure of the Ving group. 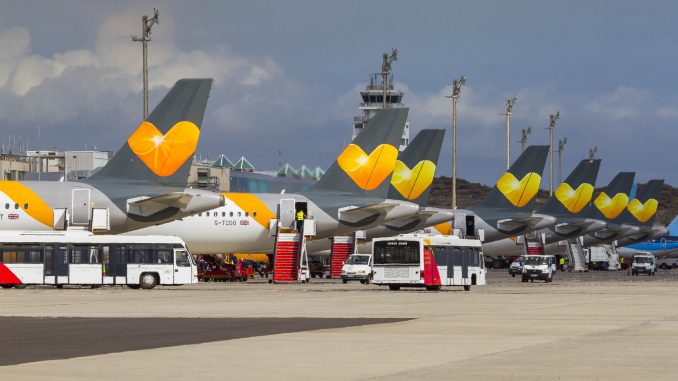 The Ving Group is selling more than 1.600.000 travels per year, according to Ving Norway’s official site. Although the Ving Group has delivered solid financial results for years, there are some major challenges that Stordalen, Altor, and TDR must find out. Internally in the buyer group, according to E24, it is understood that the tourism market is changing and that both flight comb and weak exchange rates in Sweden and Norway can make it more demanding to sell charter flights to southern regions. Last but not least, work must be done if “Sun Class Airlines” is to be revived and become a success in the market. This is a great day for all the workers and travelers of Ving.