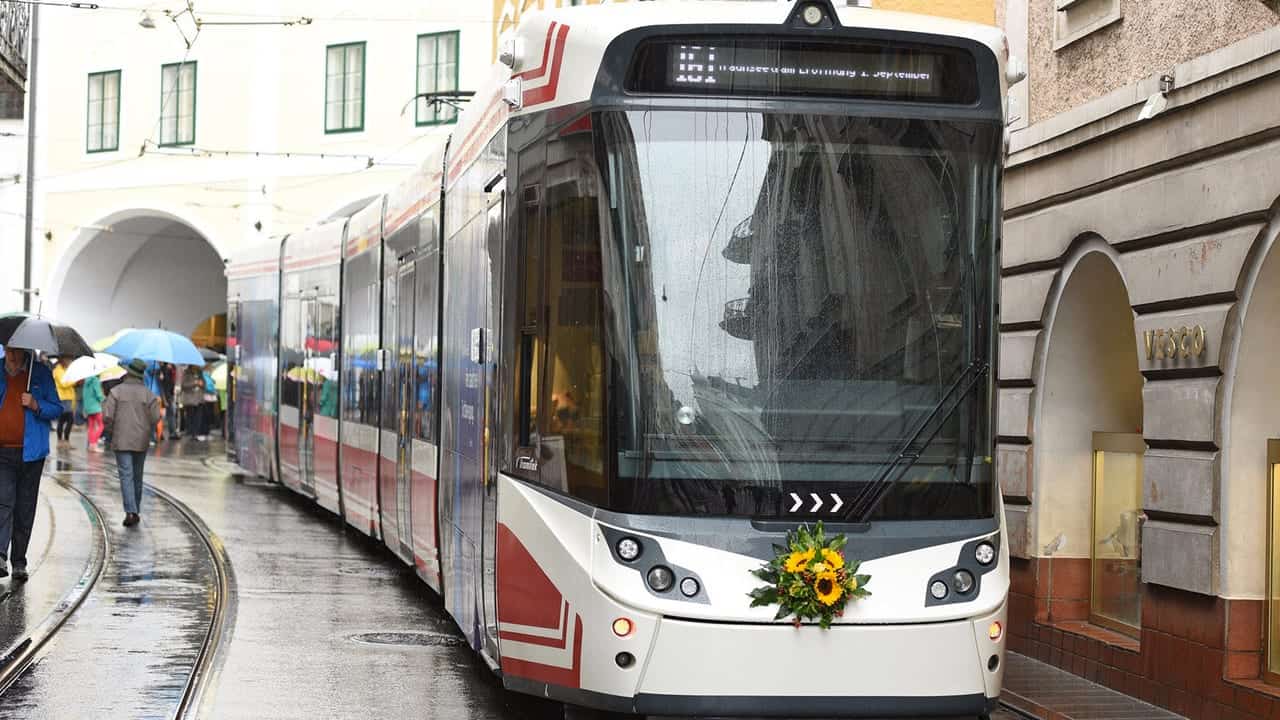 There is one country that understands our love for tram-trains. Austria is amazing at supporting its public transportation network. It is, in fact, the country in the world with the best light rail systems in the world.

Not only is the countries cities filled with light rails, local trains and other types of trains connections. But now they see the big importance of introducing 70 new tram-trains! Austria understands something that other countries just debates. Amazing! Not only do they order correct type of public transportation trains. They serve all kinds of towns. Yes. Even Gmunden with 14300 got its own light rail tram-train route. Before that town had the worlds shortest tram line, but with the help of the people’s will. Now they have a light rail tram route going through their town.

If other countries and politicians knew about how effective Austria is and how well made their public transportation is. They would also implement this.

Upper Austria has joined a consortium of several German and Austrian tram-train operators, including Albtal Transport Company (AVG), Karlsruhe Transport Authority (VBK), Erms-Neckar-Bahn (ENAG), Saarbahn, Salzburg Local Railways (SLB) and Central Saxony Transport Authority (VMS) which want to run a joint procurement procedure for up to 500 tram-trains, which they expect to result in savings of up to 20%.

The tram-trains for Upper Austria will be bi-directional, 37m long and 2.65m wide. The entrance level is 560mm-high, with a folding step to enable boarding from 380mm-high platforms. Each set will have 80 to 90 seats with total capacity for 200 passengers. There will be space for bicycles and a toilet for passengers with reduced mobility. The tender process will start in March.

This is a fantastic co-operation. So I must ask. What if Norwegian and Swedish public transportations and national railways did the same thing? It would be so fantastic! What is so amazing about this is that we have been testing the tram-trains in Karlsruhe, Germany. And that must be one of the best public transportation solutions that have been achieved anywhere.

Think about it. With tram-trains, the need for constructing or having a huge central train station in any populated place of any size in the world is not needed at all. You can use that space for parks or other important places to be for the public.

The tram-trains can simply take you much closer to where you want to go to the city. And that is a fact!

Putting this transit solution into operation will result in improving health for anyone traveling. With fewer changes during a journey from A to B. The stress factor will shrink a lot and the fact that you probably need fewer changes between lines. Also, the central train stations tend to be very large with some having 13 tracks with many platforms using lots of space, so you need to use 5-10 minutes to walk to another public transportation option like here in Oslo, Norway.

With the tram-trains solution, all sorts of cities getting them will breathe a lot more. Central stations can shrink by over 70 percent. Only long-distance trains that go fast would need them. All other railways should be tram-trains with several lines using the central station space a bit or just outside of it. Tram-trains are trains that can go both at high speeds on regular train environments and they can run on the streets of your city too.

20 ordered, with an option for up to 50 more for Upper Austria

In the upper area of Austria has ordered 20 but does have an option for 50 more if needed. The additional 50 tram-trains may be used on the modernized lines between Linz and Urfahr which is the Aigen-Schlägl line. This will provide a link to Linz main station. Another new branch line will also be using tram-trains from Linz to Pregarten is in the planning phase and should also be operated with them.

Austria could also use them between Linz and Gmunden too. Which already got a nice local light rail tram-train line. People could reach different parts of Linz with such a solution. Tram-trains could be connected to the Linz tram network. So that people living in the southern part of Linz don’t need to first go up to Linz Hauptbahnhof.

Negotiations are underway to take over the Haiding – Eferding – Aschach line from Austrian Federal Railways (ÖBB). This line will be electrified between Eferding and Aschach for a future Aschach – Eferding – Linz service to be operated by Stern & Hafferl.

Other types of countries and cities in Europe and Northern America should consider getting these tram-trains for sure. Cheaper to build. Cheaper to operate and got Way better service for all types of people. Change the world for the better by implementing tram-trains.

It is the best solution and it is fantastic to see Austria showing the world how it should be done. Austria is not a flat country, so here they are the pioneers for the world. Fantastic!

All sorts of Light Rail tram-train systems is great! Smaller and lighter than normal trains. But at the same time as fast or even faster to use because of their compatibility with several railways and track systems. A light rail vehicle also gives wheelchairs a better life because of minimal help to get on and off the trains.

Also, if you have model train as a hobby. These hobbies now construct more and more light rail trains too for people to buy for your construction. The interest for light rails is increasing daily in Europe and we hope this trend will spread abroad too.

So, do something about this!