7 most beautiful bridges around the world

Crossing over has never looked so beautiful! In this article, we have found 7 of the most beautiful bridges around the world. Bridges are just constructions to help people between valleys or rivers, but there is something powerful and majestic about bridges. They have become more than a pathway for people to connect from one part of the mainland to another. They have become one of the most iconic and spectacular places in the world. Looking at both modern masterpieces to historical structures, let us spotlight the 7 most spectacular bridges in the world. Decide which one you would like to put on your bucket list. 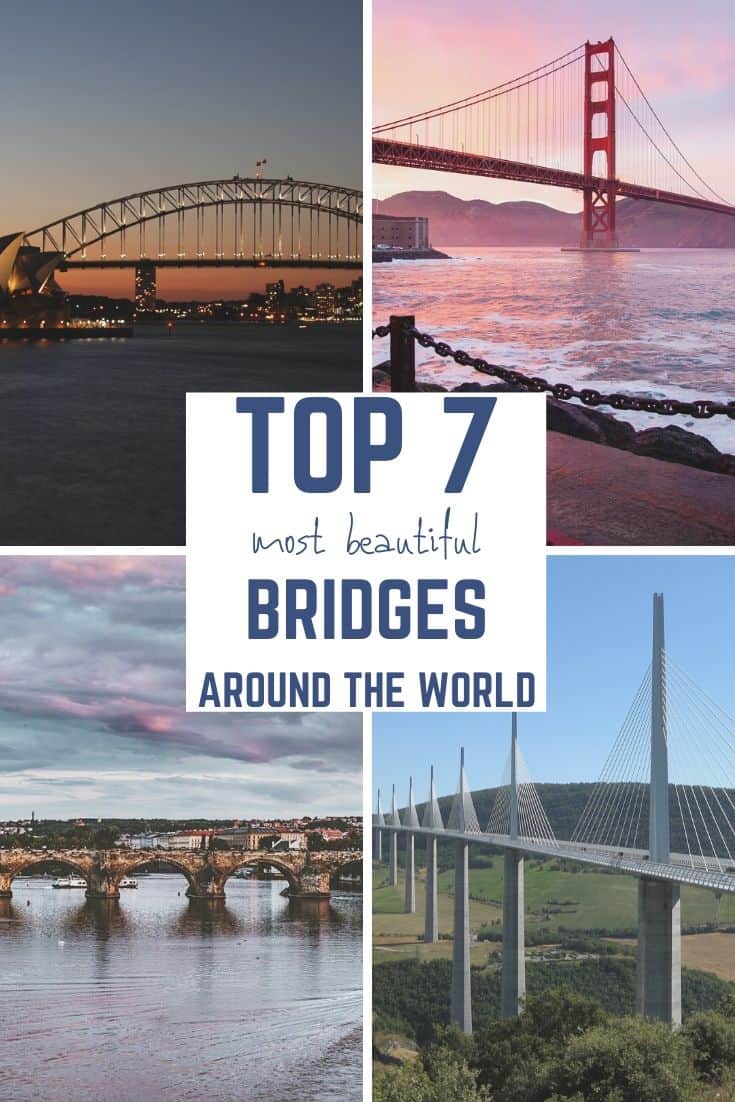 Here is our top list of the most beautiful bridges around the world: 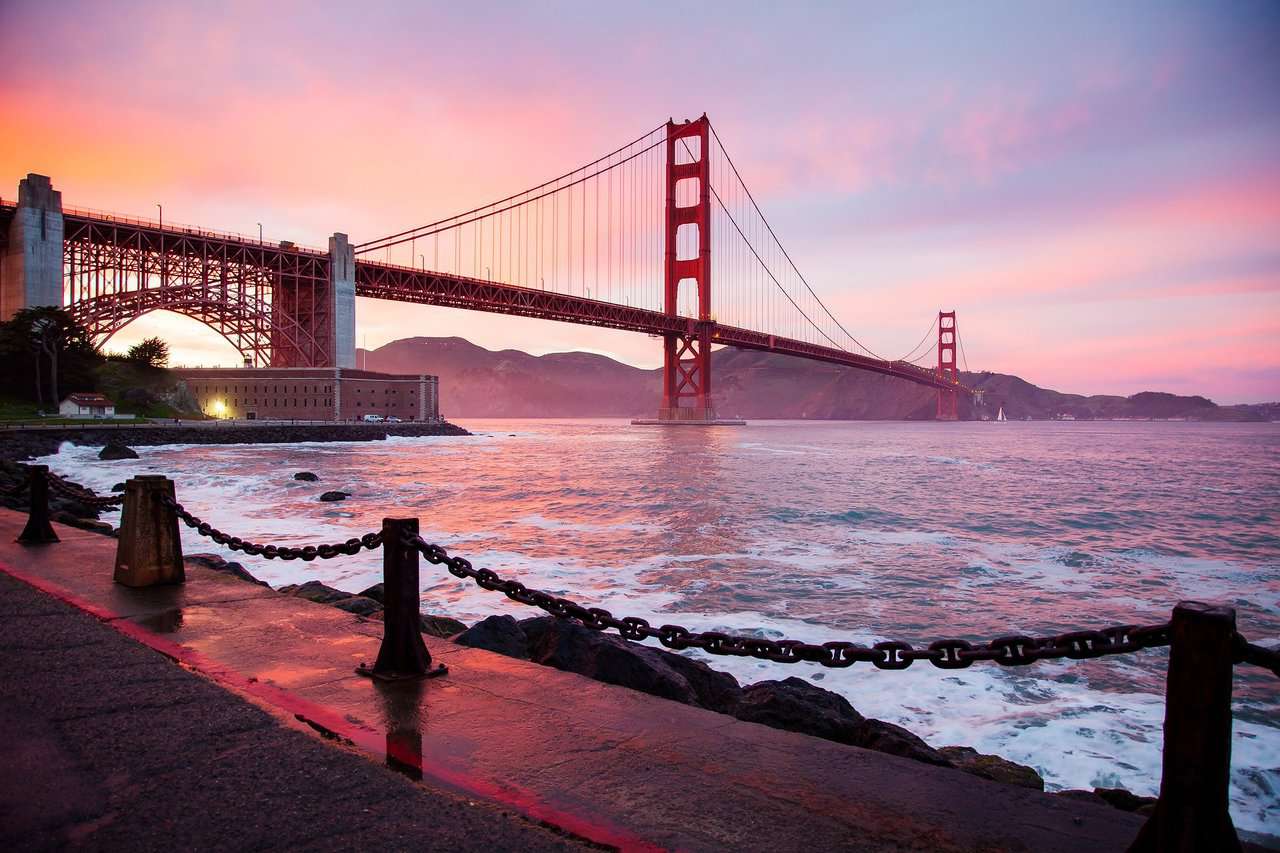 Situated in San Francisco, The Golden Gate is the most famous bridge in America. Completed in 1937, the bridge extends over the Pacific Ocean about 4600 feet above sea level. It is a channel that connects San Francisco and Marin County. The Golden Gate Bridge was the longest bridge when it was completed, and it has become one of the most popular scenarios for tourists. The orange color was chosen to provide visibility in the fog for passing ships.

Once called “the bridge that couldn’t be built,” today it is one the seven wonders of the modern world. This magnificent span, perhaps San Francisco’s most famous landmark, opened in 1937 after a four-year struggle against relentless winds, fog, rock and treacherous tides.

Charles Bridge, one of the most iconic and historic bridges located in the Prague crosses Vltava river. It connects both Old Town and Lesser Town of Prague. The Bridge is built of stones, and it extends about 1700 feet and is decorated with stone statues on both sides. In exploring Prague architecture, the Charles Bridge should be the starting point of your trip. Currently, the bridge has been recognized to be the most visited site in Prague.

Strolling across Charles Bridge is everybody’s favourite Prague activity. However, by 9am it’s a 500m-long fairground, with an army of tourists squeezing through a gauntlet of hawkers and buskers beneath the impassive gaze of the baroque statues that line the parapets. If you want to experience the bridge at its most atmospheric, try to visit it at dawn. 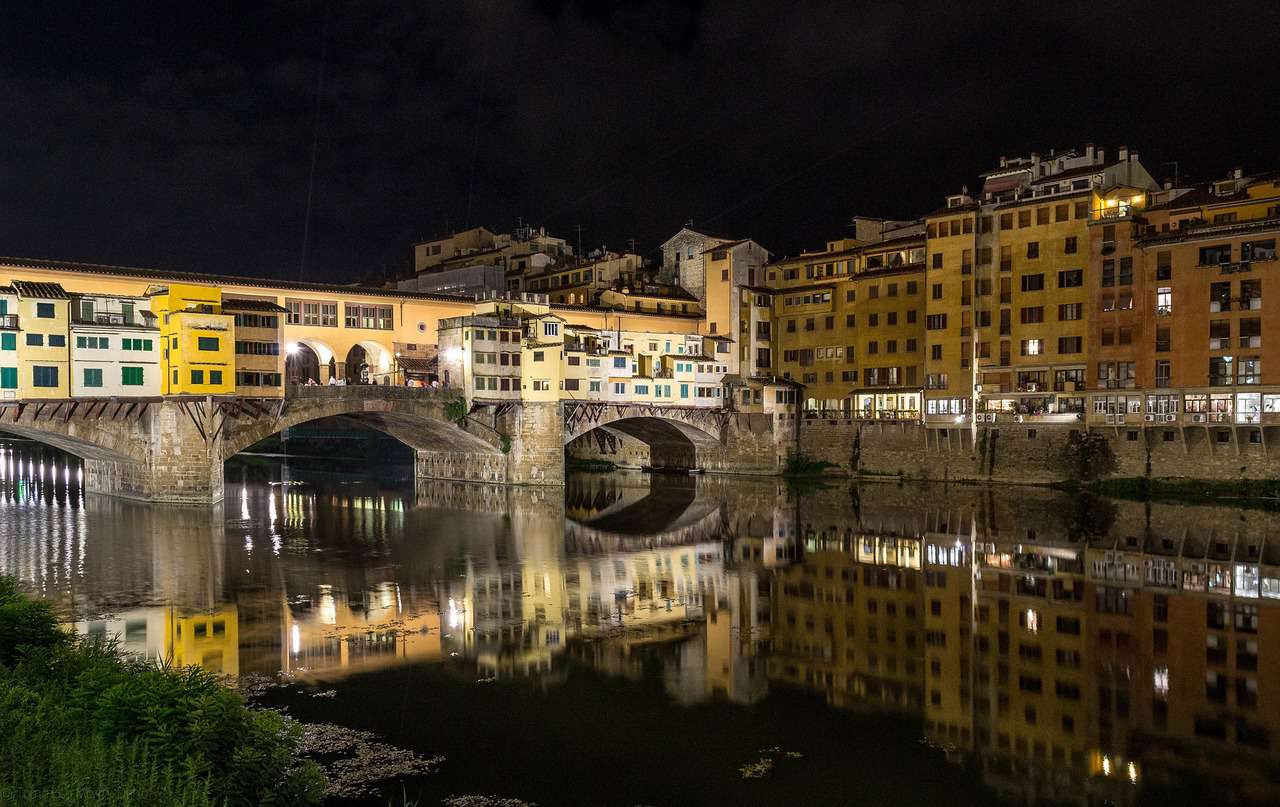 This spectacular bridge built in Florence was built in 1345 to host tenants and merchants. The medieval bridge has stayed true to the city’s roots by reflecting the exceptional history of fashion, community, architecture, and art. The bridge is full of color, life, and music and is the best place to take an afternoon stroll.

Built very close to the Roman crossing, the Ponte Vecchio, or Old Bridge, was the only bridge across the Arno in Florence until 1218. The current bridge was rebuilt after a flood in 1345. During World War II it was the only bridge across the Arno that the fleeing Germans did not destroy. Instead they blocked access by demolishing the medieval buildings on each side. On November 4, 1966, the bridge miraculously withstood the tremendous weight of water and silt when the Arno once again burst its banks. 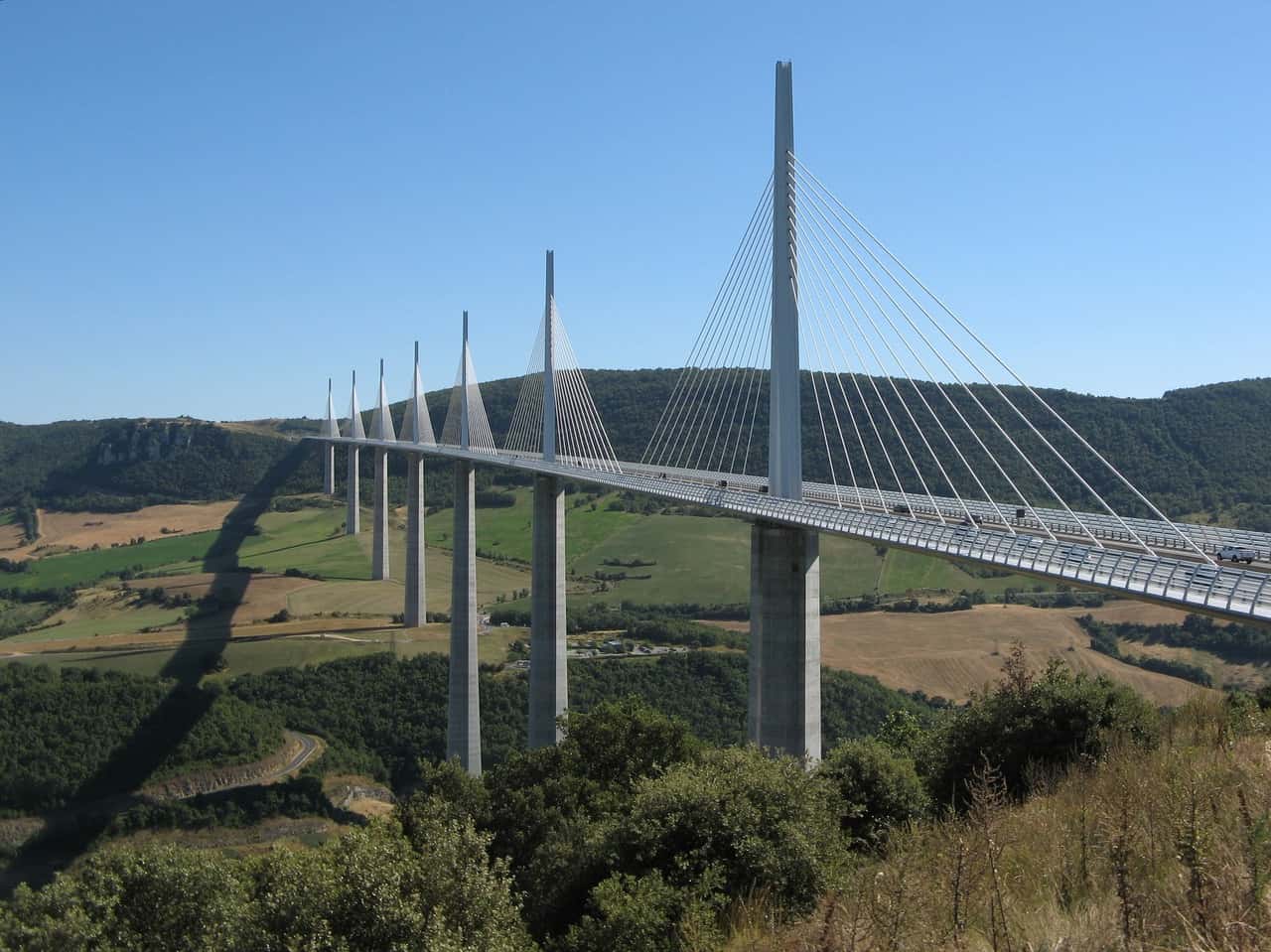 If you are attracted to heights, this is the best place to visit. Millau Viaduct bridge traverses the land and is considered the tallest bridge in the world. The Bridge crosses 1000 feet over the valley of the River Tarn near Millau. The architecture of this bridge is spectacular. The Bridge, designed by engineer Michel Virlogeus and architect Sir Norman Foster is held up by cables. The opening of the bridge saw numerous tourists where the speed limit is reduced to 110km because of the traffic caused by people stopping to admire the landscape.

Opened in 2004, Norman Foster’s magnificent motorway bridge over the Tarn valley at Millau has established itself as one of the must-see modern monuments in France. It is the world’s highest multi-span bridge (the deck is 900 ft above the valley floor at its deepest) and the longest suspended bridge in the world, and an engineering wonder of the world, worth the visit. 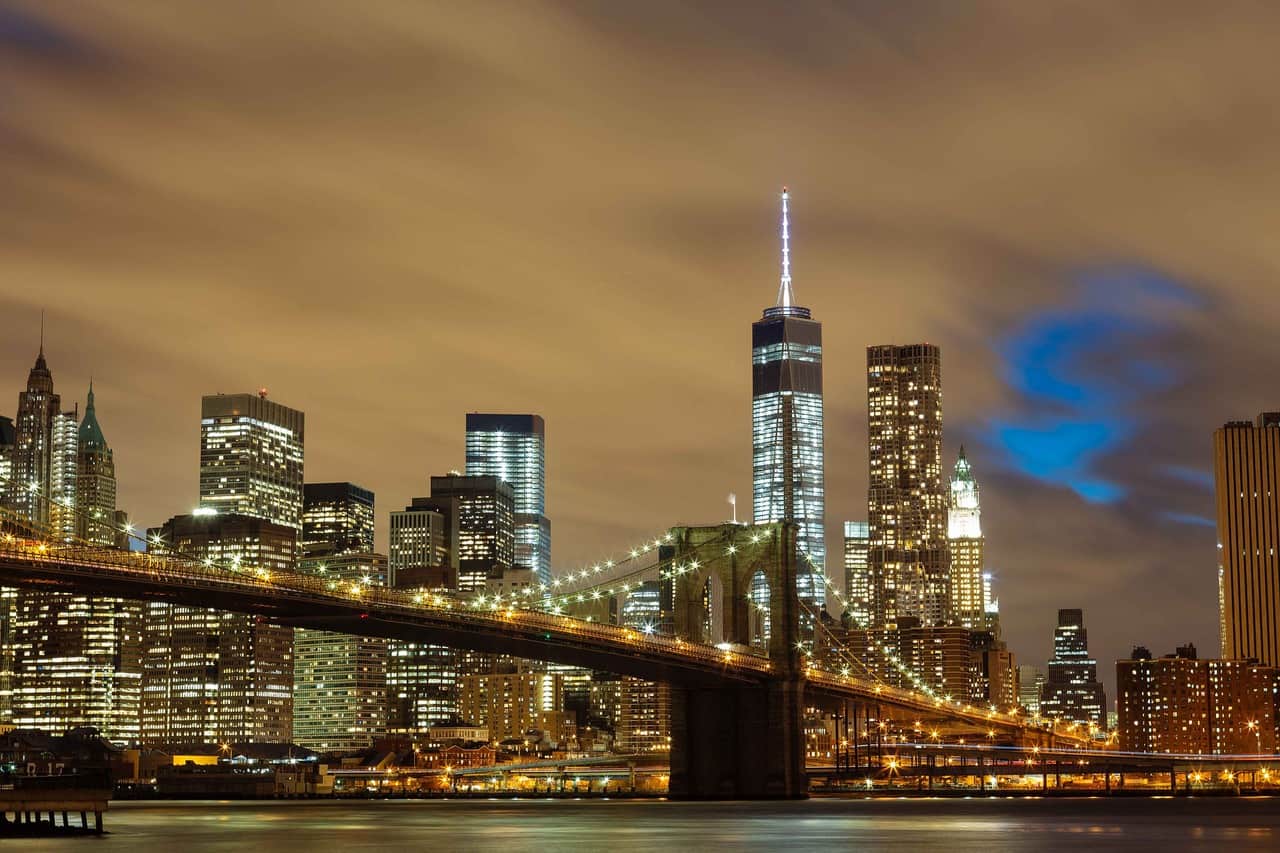 Connecting Manhattan and Brooklyn, the bridge is New York’s iconic scenery. Brooklyn Bridge was completed in 1883 and is one of the oldest bridges in the United States. The bridge is a free tourist attraction site with a wide pathway open for both pedestrians and cyclists. Cycling or walking from Brooklyn to Manhattan, the bridge opens up a majestic skyline view that you don’t want to miss at least once in your life.

Upon its completion in 1883 it became the first roadway to connect Manhattan and Brooklyn, which were then separate cities (Brooklyn became part of New York City in 1898). Back then, with a central span of 1,595 feet, the Brooklyn Bridge was also the world’s longest suspension bridge. 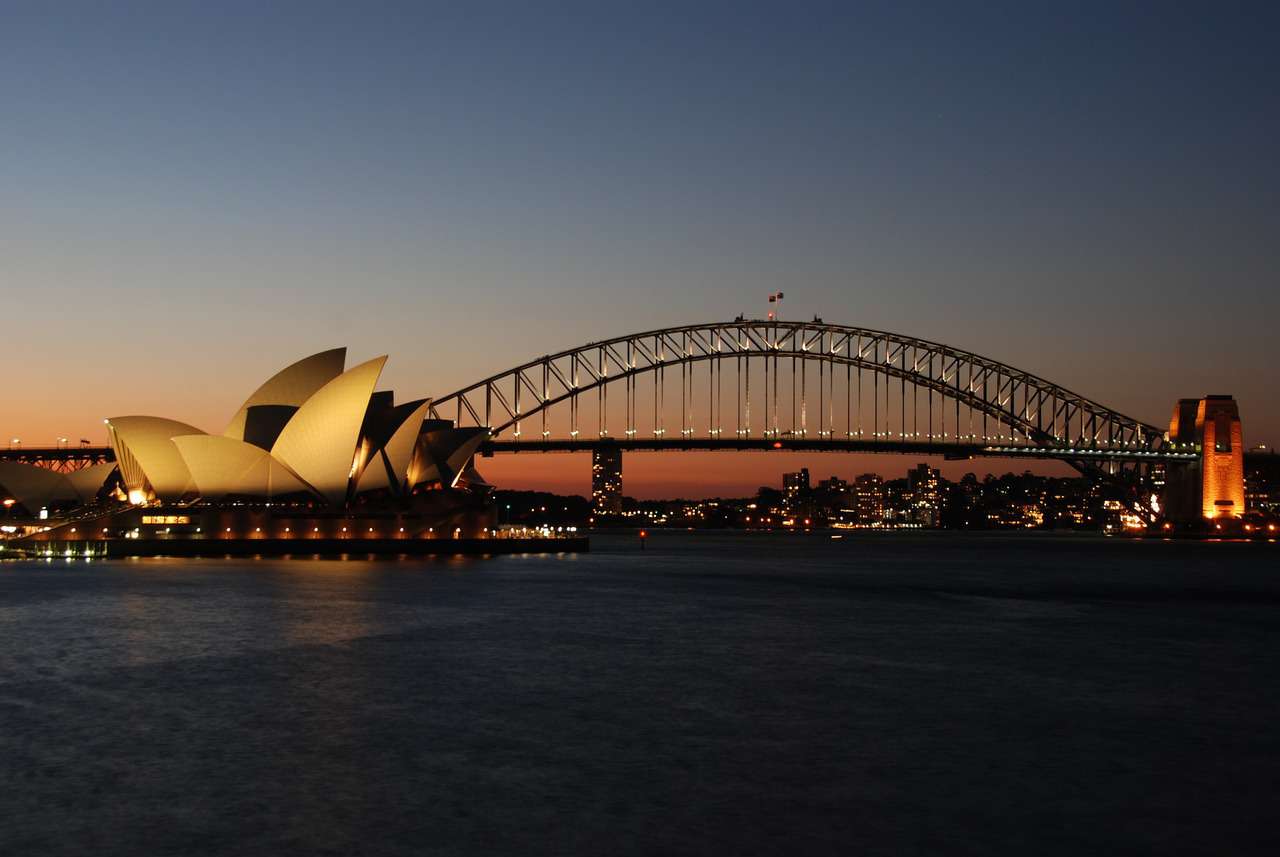 Nicknamed “Coathanger,” Sydney Harbor Bridge is the tallest steel arch bridge in the world, measuring 134m from the water level to the top. The bridge connects the mother suburbs to the city’s buzzing center. The bridge offers a good destination for aspiring bridge climbers. The sleek architecture and the bridge view reveal the city’s reputation. Currently, the symbol is one of Australia’s international symbols. 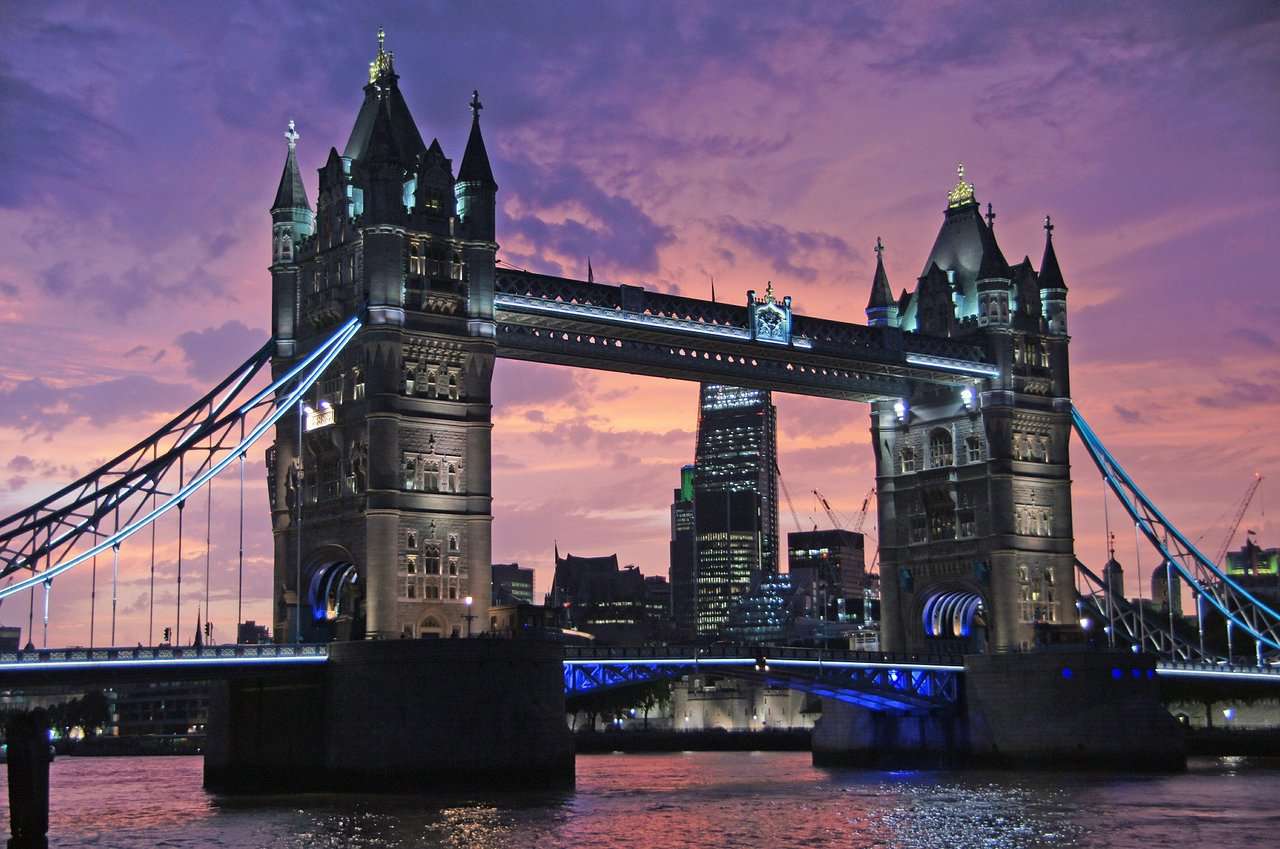 The Tower Bridge in London is a must-see for tourists. Opened in 894, the Tower Bridge is built over River Thames and has two towers tied at the upper level. The bridge is considered an engineering marvel as it is built with a moveable roadway that lifts for ships to pass. The bridge is an iconic symbol in London, together with is epic view, the Victorian engine rooms and high-level walk away forms part of the exhibition.

The Tower Bridge was first built in 1894, and since then has become an iconic symbol of London thanks to its Victorian Gothic design. The construction of the bridge required more than 11,000 tons of steel, five contractors, and 450 workers to complete. Once construction was finished, the Prince of Wales (the future King Edward VII) and his wife The Princess of Wales (or Alexandra of Denmark) opened the bridge in an official ceremony on June 30th, 1894.

Which of these beautiful bridges do you like the most?

We hope you found this article interesting and that you enjoyed the photos of 7 of the most beautiful bridges around the world. Do you agree on our top list? Or do you have your own favorite bridge? Remember to like, comment and share on social media.

Keep Reading |   Mauritius metro opening is Not a Metro

If you liked this post, you will probably also like our article about some of the most spectacular churches and cathedrals in different countries.

2019-12-05
Previous Post: The Most Affordable Travel Experience on Tenerife
Next Post: TOP 7 most beautiful churches in the world