By: Trond
In: News, Travel
Tagged: best places to see the northern lights

No good traveler can travel the world without seeing the spectacular northern lights. The northern lights are one of the world’s most majestic displays. Also known as “Aurora Borealis” in the north appears in different colors, although the most common are pink and pale green. You are also able to spot shades of red, green, yellow and violet. The Northern lights occur when the highly charged electrons from the sun collide with gaseous particles in the atmosphere. The best time to view the lights is during winter and the experience is surreal. Are you keen to add aurora spotting in your bucket list? Here are some of the best places you can see the Northern lights. 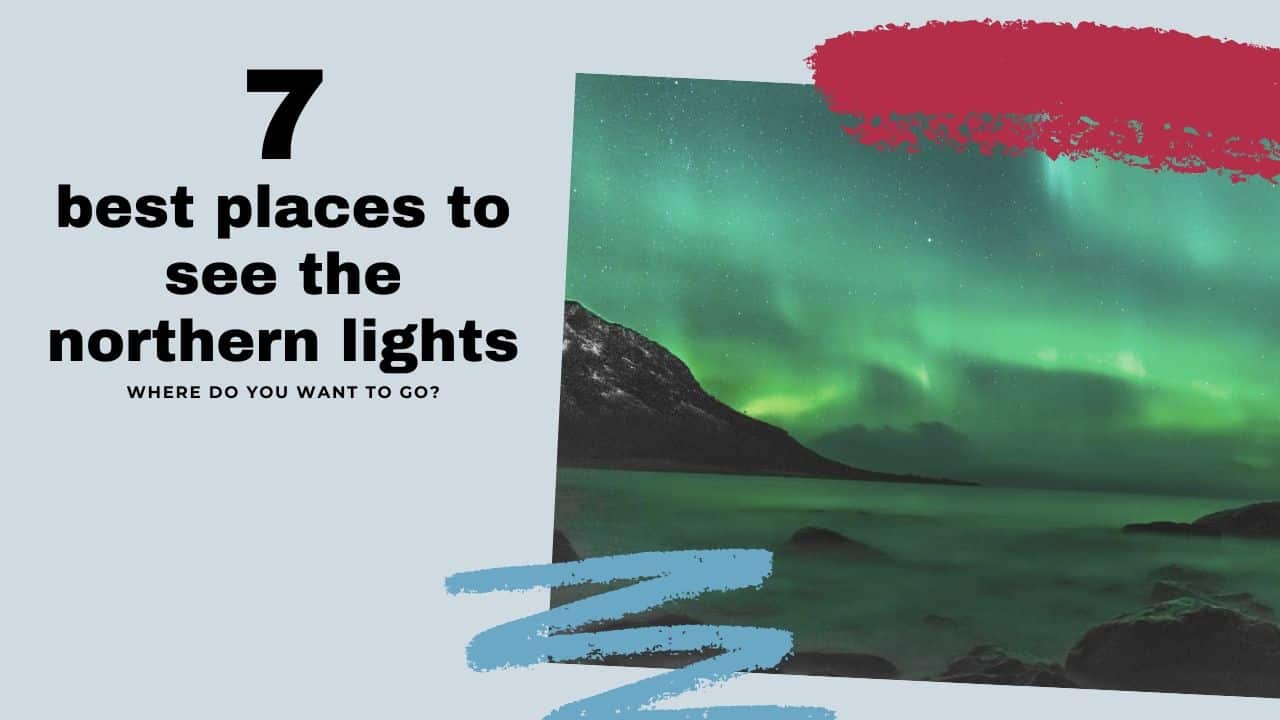 The ultimate guide | best places to see the northern lights

We have been researching a lot and found the best places around the world. We are now quite sure how to answer the question: Where are the best places to see the northern lights?

Let’s jump to the first destination, and check out why this is one of the best places to see the northern lights. 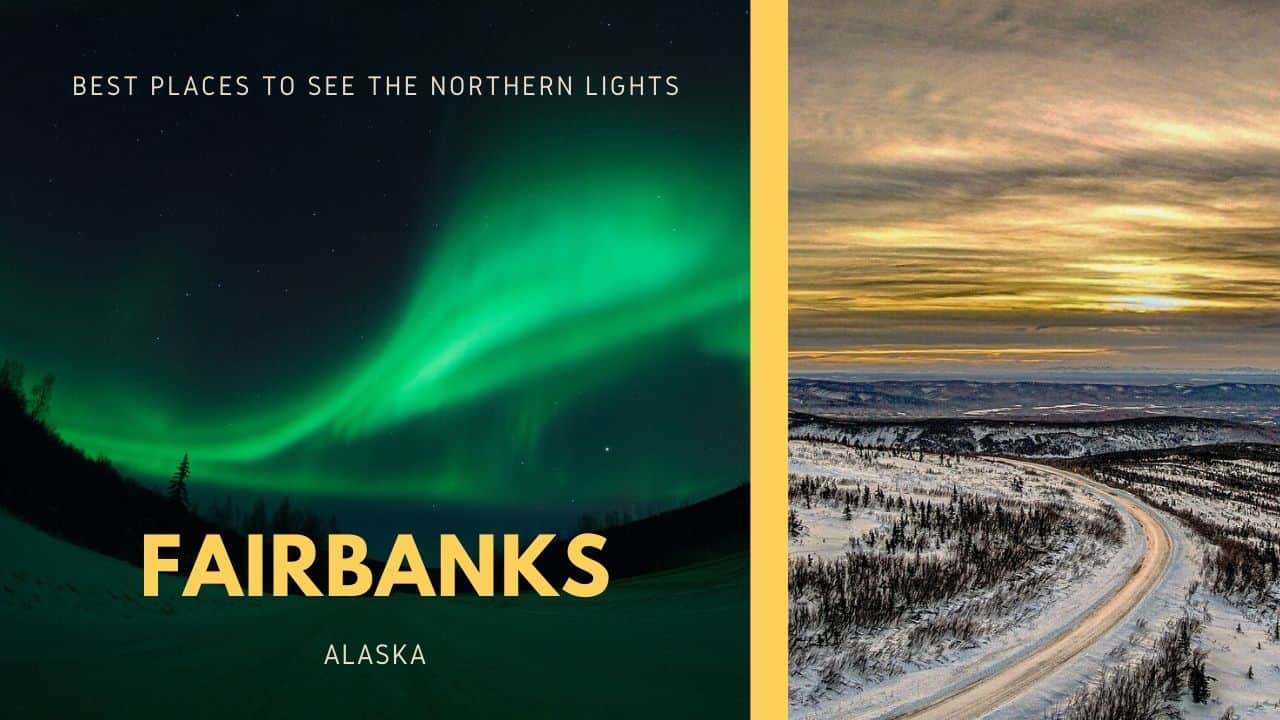 Alaska is the best place to spot aurora. Fairbanks is located at the auroral oval a ring-shaped area located at the North Pole. The cold weather, clear skies and nights make for optimal northern light spotting conditions. The northern lights can be viewed from August to May. It becomes intense between 10 pm to 2 am.

The northern lights are so prolific in the Fairbanks region and the Arctic that visitors who stay a minimum of three nights and are actively out during the late evening hours increase their chance of seeing the aurora to more than 90 percent! 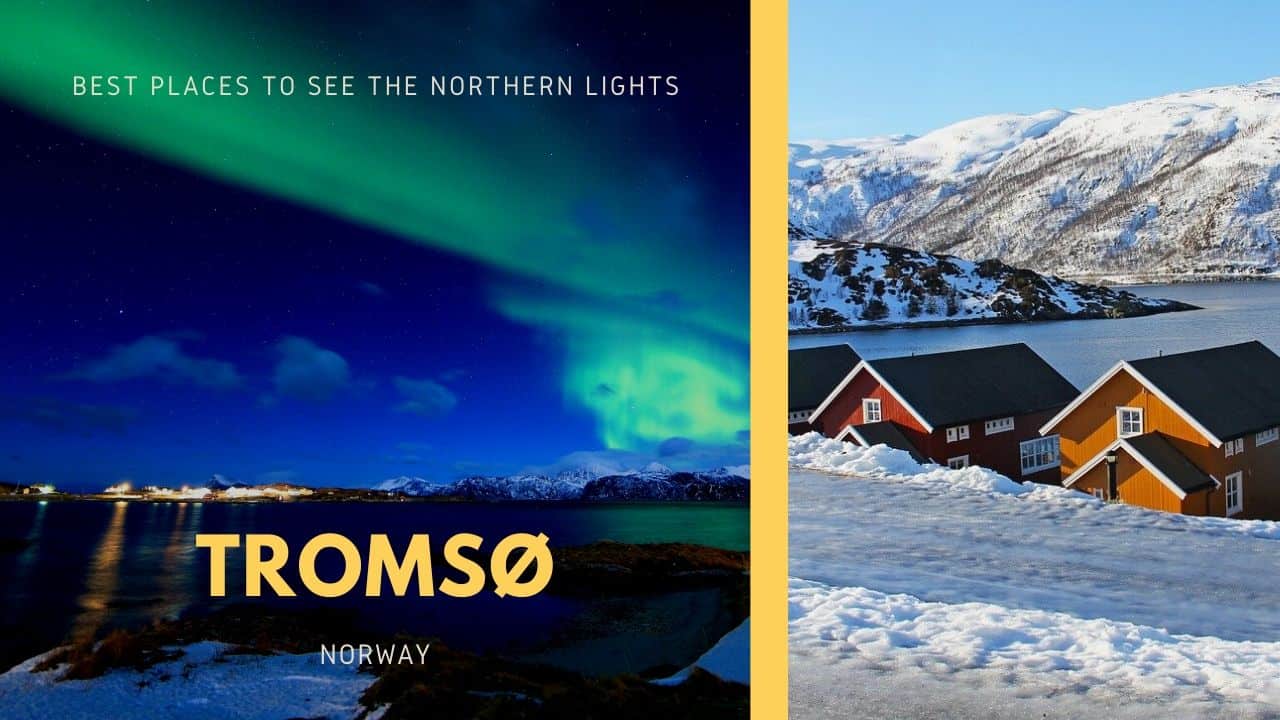 Located in the Arctic Circle, Tromso is always referred to as the mild Northern Lights area, due to the warm currents of the Golf stream- so it’s very cold. Similar to Fairbanks, Tromso is located at the auroral ring. The best time to view the Northern Lights inn Tromso is between October to March. The city has the highest probability to catch the view all over Europe.

Try to visit locations outside the town centre with as little artificial lighting as possible. In the evenings around the full moon, stronger Northern Lights activity is needed in order to see the Northern Lights as clearly as at other times of the month. However, the moon and the natural moonlight combine to make the nature-based and Northern Lights experience extremely magical and special. 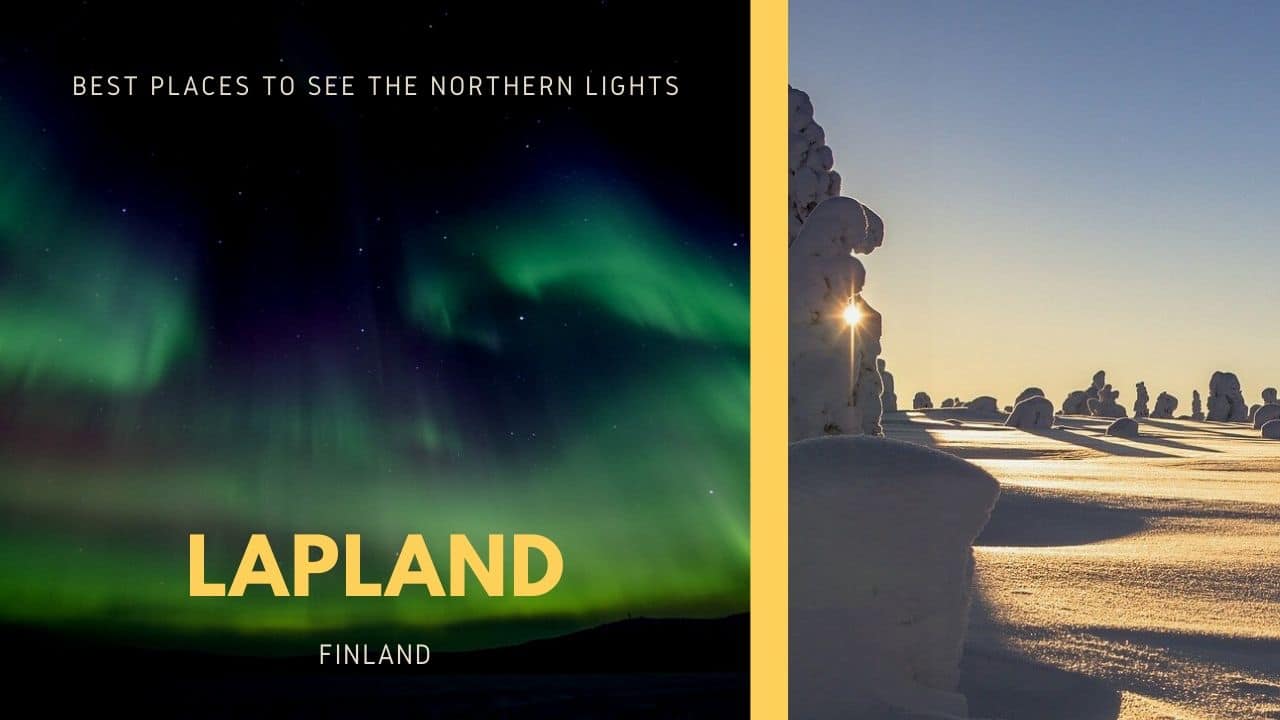 Also known as the land of a thousand lakes, Finland experienced about 200 nights per year. The best time for auroral spotting is between late August to April. Finland receives numerous tourists every year to catch this magnificent view.

If you want to see the northern lights in Lapland I would recommend planning to stay somewhere between the aforementioned Kilpisjärvi and Pyhä, an authentic Lappish holiday resort. The likelihood of seeing auroras in this part of Finland is 75-65% and transport to and facilities in the resorts in this area are great. 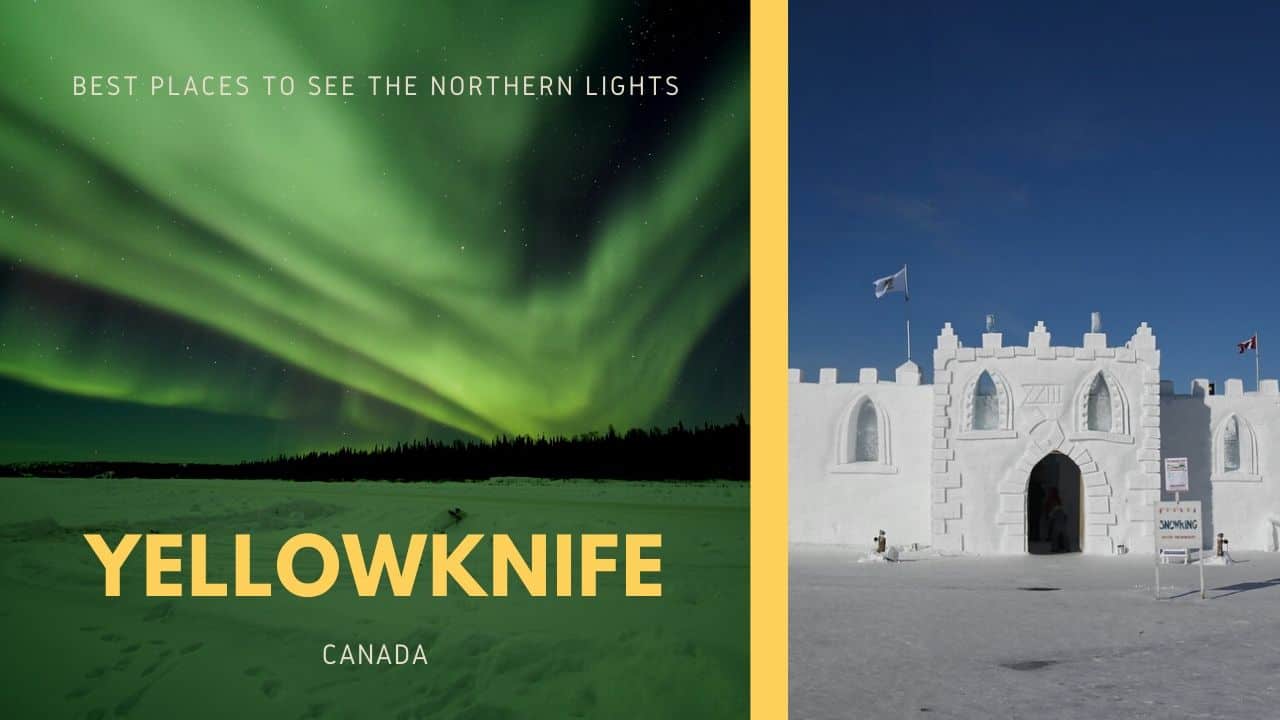 Located in the Northwest areas on the shores of Great Slave Lake, Yellowknife boasts itself for being an aurora spotting site. Canada is an aurora viewpoint due to its location on the Northern latitude and low pollution. The prime time to view the northern lights is between August and April. The Northern lighthouses alert visitors and residents when the active aurora is in the evening forecast.

You can view a live feed of the Aurora of Yellowknife and the forecast at Astronomy North’s website (AuroraMax). This is probably the best place to watch and monitor the aurora. 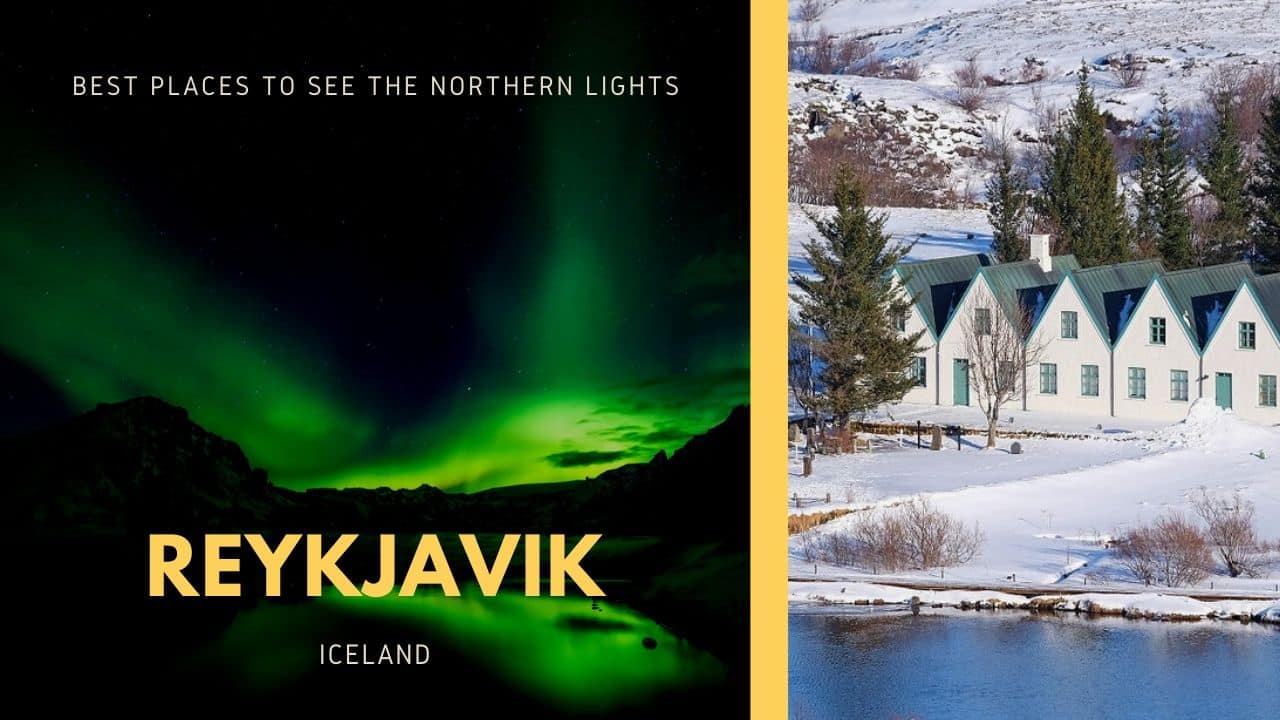 Iceland offers one of the most beautiful sceneries for Northern Lights. The Northern lights occur year-round but become intense in the dark, clear skies. The best time to tour this place for aurora spotting is between November and February. The wooden area of Reykjavik has paths and walkways where you can see the nighttime show.

In most cases, chances of catching the Northern Lights are immediately improved outside populated areas, away from city lights. That being said, the Aurora can often be seen dancing over the capital and other towns. Most hotels around the country offer a special Northern Lights wake-up service, so if lights happen to appear, they will let you know. Source: heyiceland.is 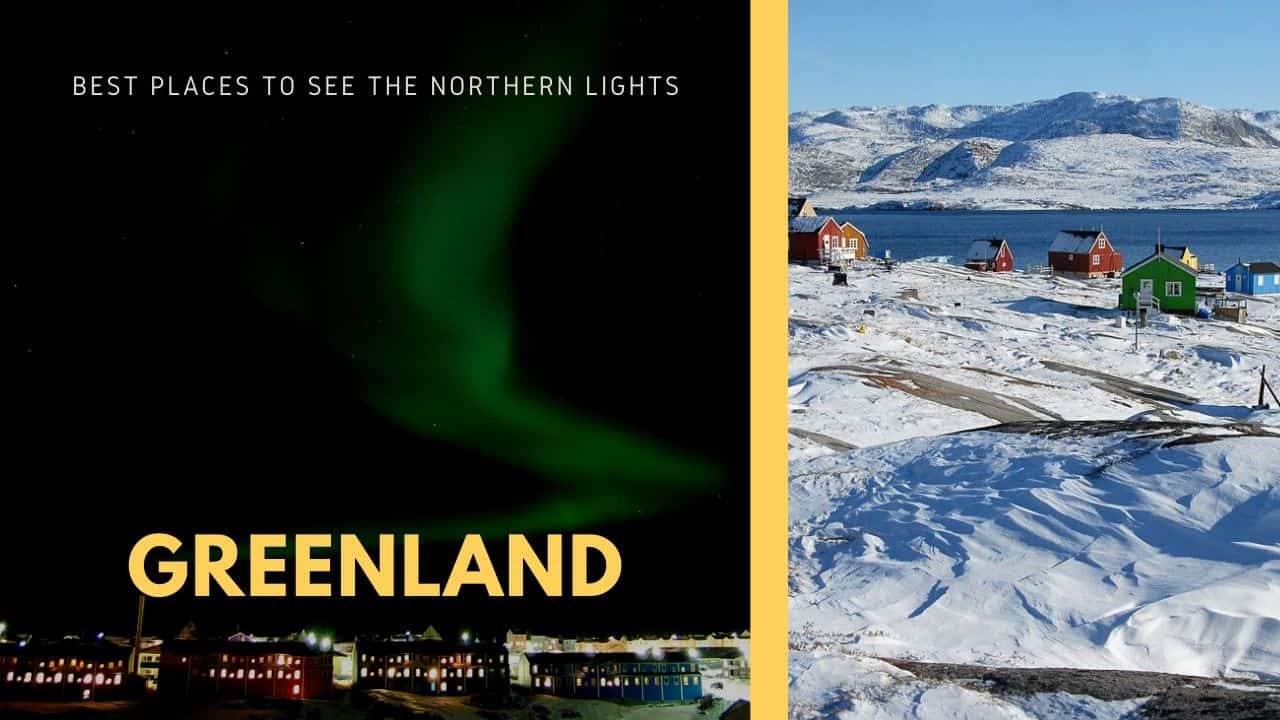 With an area of 836300, Greenland is the largest island in the world. You can view the Northern Lights I Greenland due to its location between the Arctic Ocean and North Atlantic Ocean. The area has minimal pollution offering clear visibility of the Northern Lights. The lights are visible between September to April.

You can catch an even better glimpse from the top of the Greenland Ice Cap. This massive glacier, which covers 80% of the country, is accessible in Kangerlussuaq. It provides one of the best views of the aurora borealis you can possibly see. Source: spacetourismguide.com 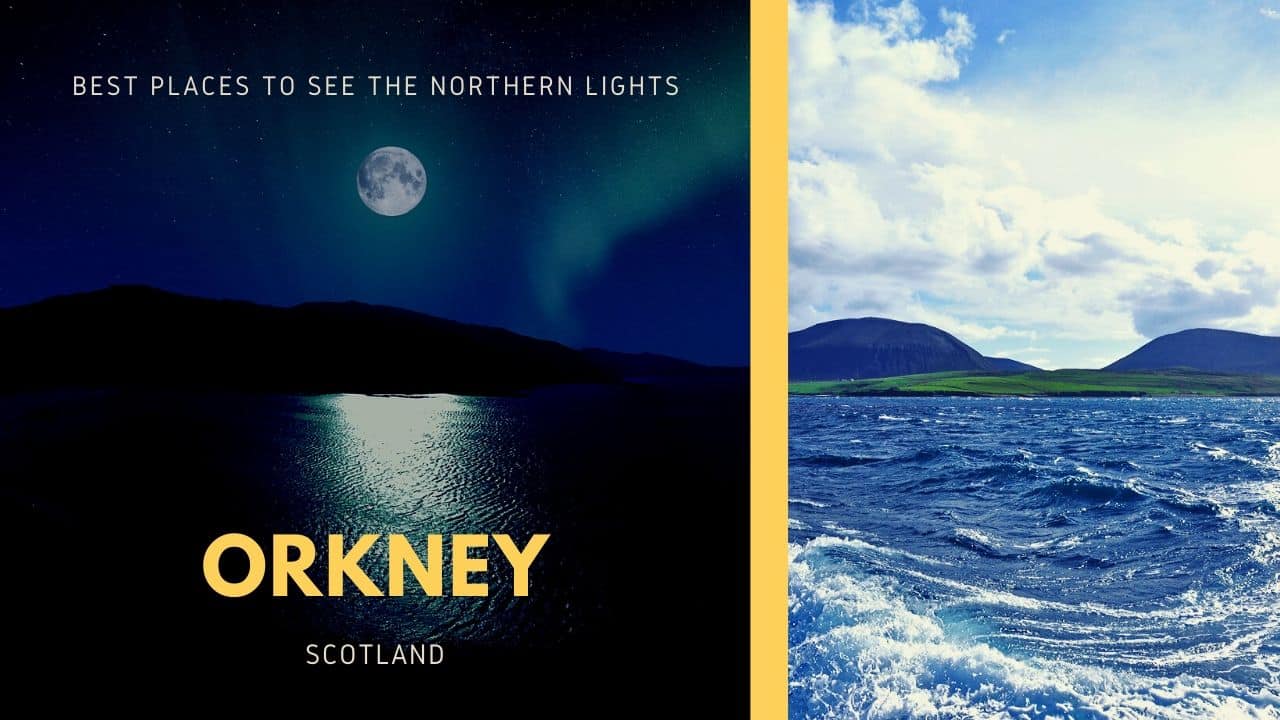 In Scotland, the northern lights are popularly known as Mirrie Dancers. Orkney is located on the northern coast of Scotland and is the best place to catch this magical view. Winter and fall are the best time to witness aurora. The cold times during these seasons bring clear skies which is ideal for viewing.

If you’re planning a bit of aurora hunting in Orkney, then the Orkney Aurora Group on Facebook is a great place to start. Members post regular updates on the potential for a display, and you’ll even get real time information and images from those ‘out in the field’, tracking down a sighting of the Northern Lights. Source: orkney.com

There are so many different ways, but a great way is to take a northern lights tour with a guide. You can view them from a heated “aurorium” cabin or lodge or see them on a dog sled adventure.

Keep Reading |   Symbian era is over?

As you can see, there are many good places to see the northern lights, so it may be good to do some research about other things to do there as well to find your favorite destination. Did you like this article about the northern lights? Are there other places we should have mentioned? Remember to like, comment and share on social media.